The intelliPLUG is a more affordable way to automate your home, will work w/ Google Assistant 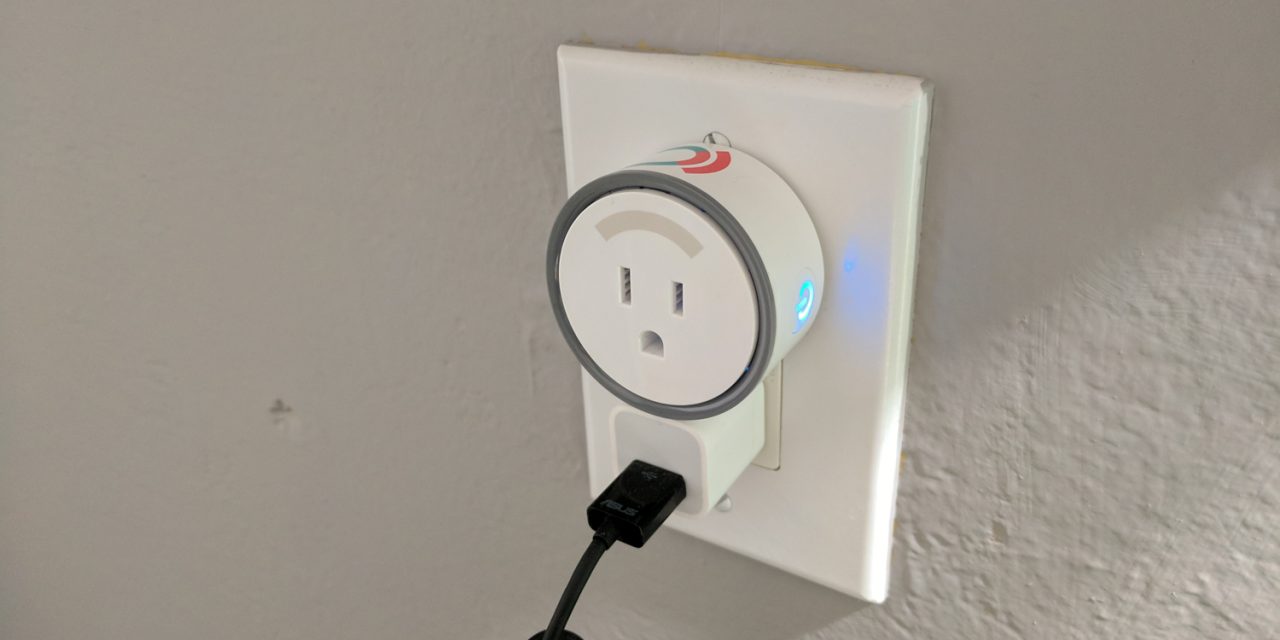 Home automation is an idea straight out of an 80’s sci-fi TV show. Now, with Google Assistant, we can simply ask our phones or Google Home to turn on the lights or turn off a fan. The biggest issue with smarthome products, though, has long been their upfront cost. Thanks to the intelliPlug, a product currently being funded on Indiegogo, this might not be as much of a problem going forward…

intelliPlug, created by cnct, is a small smart plug that typically doesn’t block the use of surrounding outlets when plugged in. This is something other smart plugs have issues with as they are often too tall and/or wide.

As of right now, the intelliPlug works with Amazon Alexa, but the company plans to bring full Google Assistant compatibility to the smart plug “soon.” Cnct claims that once the product is fully funded, it will use that money to finish the intelliPlug’s development and build new features. But this is crowdfunding, so anything could happen.

The intelliPlug’s mobile application, available on Android and iOS, will supposedly let users do even more with the plug. In addition to being able to tell it to turn on and off, users will be able to set schedules, times, and even enable a smart charge feature that turns the switch off when it detects that the item plugged into it (like a phone) is fully charged.

If you’re interested in backing cnct’s intelliPlug, you can head on over to its Indiegogo campaign page. Although the company estimates that the smart appliance will retail for $25 per plug, if you act fast, you can grab a two-pack for $20 or a six-pack for $50. That’s assuming, of course, the product actually makes it to full production.

The World’s Smallest and Most Affordable Smart Plug

Every Home Can Become a Smart Home for the Fraction of the Cost While Enjoying the Ability to Control Any Plugged-in Device Directly from a Phone or Tablet; Indiegogo Campaign Launches Today to Fund Product’s Final Development

(Los Angeles, CA) – June 14, 2017 – cnct today introduced intelliPLUG, the world’s smallest and most affordable smart plug.  The Wi-Fi-enabled smart plug allows users to control their lights, appliances and any “plugged-in” device directly from their phone or tablet, anywhere in the world. intelliPLUG features full iOS, Android and Amazon Alexa functionality so users can turn on/off plugs, set timers for devices and schedule plugs to turn on/off automatically. The Indiegogo campaign (https://igg.me/at/intelliPLUG), which has a funding goal of $25,000 USD, features limited Early Bird specials of $19.99 USD for a 2-pack (50% off retail) and several other rewards for early backers.

Being the most affordable smart plug on the market at less than half of the price of other brands, intelliPLUG allows everyone to experience a smart home at the fraction of the cost of other devices. Plus, with its quick three-step setup process, users simply plug the intelliPLUG into any electrical outlet, download the cnct app, pair the plug with the app, and in less than 60 seconds the user is able to control any “non-smart” appliance with ease.  Additionally, intelliPLUG is small, attractive and blends in with any home environment.

This easy-to-use platform makes controlling user’s appliances seamless through the iOS and Android apps, and with the Amazon Alexa functionality, user’s simply enable the cnct smart home skill and they’ll be able to access all of cnct’s high-tech features with nothing but the sound of their voice. The cnct platform is built from the ground up to work with even more up-and-coming technologies such as Google Assistant and HomeKit in the very near future.  As additional implementations are added, the existing intelliPLUG will work without the need for product updates or upgrades.

A sampling of daily uses of the intelliPLUG and its features:

“With intelliPLUG, we wanted to create the most affordable smart plug on the market, and after dozens of prototypes and countless software iterations, we finalized the design and are ready to bring the cnct intelliPLUG to the world,” said Adam Anderson, founder, cnct. “Now everyone can have a smart home and be able to seamlessly control their appliances directly from their phone or tablet, while home or on-the-go.”