Review: Nest Cam IQ is one of the best security cameras around, but it ain’t cheap [Video] 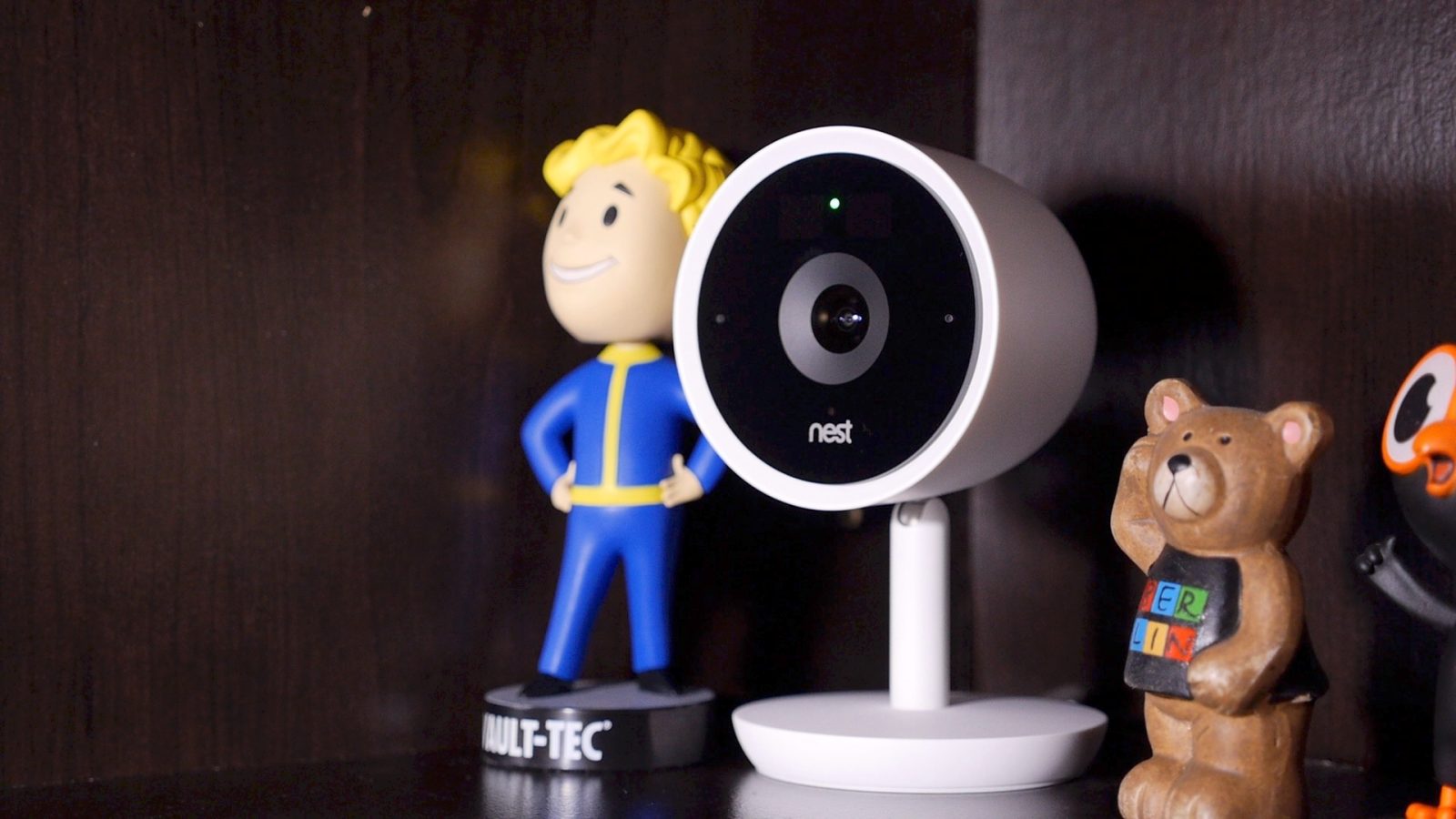 Connected security cameras are becoming more and more common these days, with the highest priority being remote access to your video feed via your smartphone. There are a number of good security cameras on the market, and Nest has always been one of the top players. The Alphabet-owned company’s latest product, the Cam IQ, adds a 4K sensor and even more smart functionality, but its $100 premium over Nest’s other models might not feel justified to everyone.

The Nest Cam IQ is an attractive little camera — important because you’ll want to sit it somewhere out in the open to avoid obstructing its view. It’s built well and comes on a flat base, with no direct means of wall mounting (Nest says that’s because so few users actually did that on older models). The camera bulb can be tilted for whatever angle best fits your setup, and there’s a speaker on the back and microphones aligned around the body. The Cam IQ is powered by USB-C, meaning you can easily replace the included 10-foot cable if it’s too long or short for your camera’s placement.

The camera itself is an 8 MP color sensor capable of shooting 4K video, though it exports in 1080p 30fps to achieve 4x lossless zoom. You can even use digital zoom to get up to 12x, all while retaining clarity with Nest’s Enhance feature. Its wide-angle lens has a 130° field of view, helping you capture the entire room in the shot. When it gets too dark, the infrared sensors kick in automatically to enable night vision. 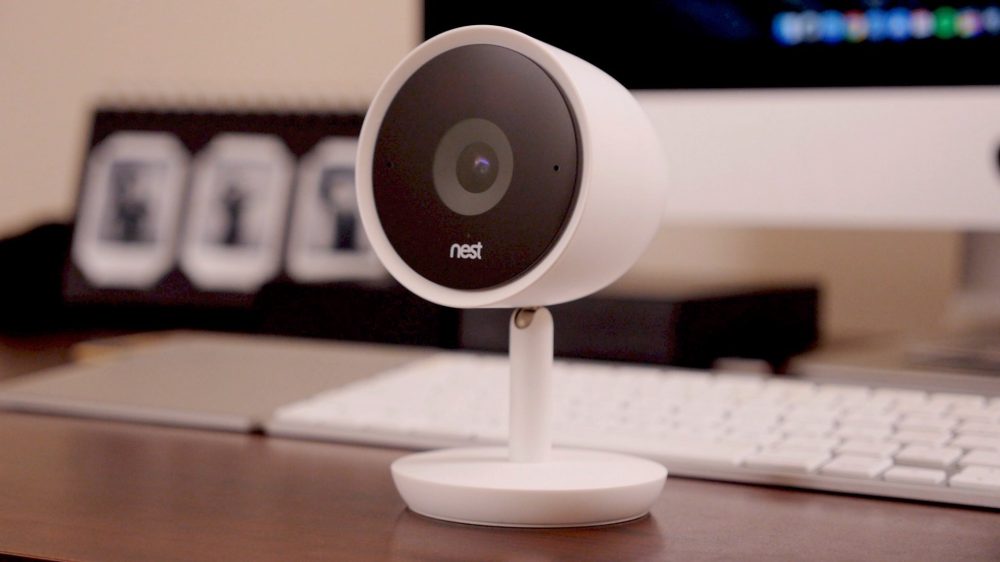 The Cam IQ works in tandem with Nest’s mobile and web apps, which are easy to set up and full of useful smart features. My Cam IQ is set up to turn on automatically when my fiancée and I leave our apartment, and turn itself back off when we come home — though you can always change this automation in the settings. When the camera is on, it’s constantly looking for motion and listening for any unusual noises. It’ll notify you of any faces it sees while you’re away, and if it’s someone you know, you can add it to your list of recognized faces, which uses the same excellent machine learning models as Google Photos.

For unfamiliar faces, the Cam IQ will start recording and uses its high-res sensor to zoom in and track the subject. You can review the footage in real-time and even talk to the intruder using the Cam IQ’s built-in speakers. In case they get crafty and unplug the camera, you’ll receive push and email notifications after ten minutes of inactivity. You won’t have footage during those ten minutes of course, but you’ll still be able to access the clips from immediately beforehand.

My only complaint with the Cam IQ is really more user error than a flaw with the camera itself. If there’s a TV within its view, which I suspect will be the case for most people since it’ll probably sit in your living room, you’ll want to make sure you turn the TV off before leaving home. My Cam IQ was constantly being triggered by my Netflix screensaver, which was funny at first, but you start to ignore your Nest notifications after a while, which just defeats the purpose of having it in the first place. So you’ll want to either keep the TV out of view or just train yourself to turn it off before leaving the house. 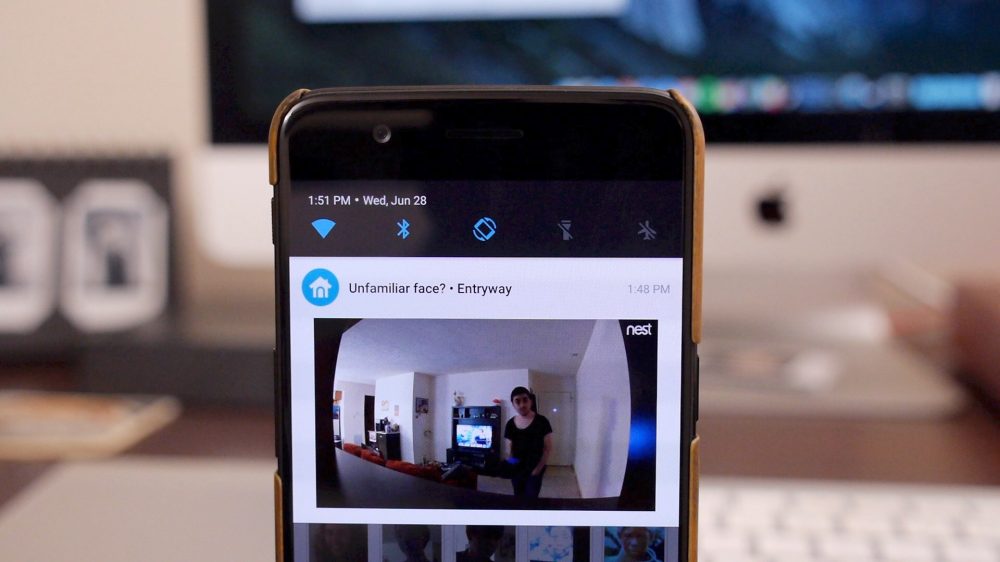 Overall, the Cam IQ is a great way to monitor your home while you’re away, but it comes at a high cost. A single unit will run you $299 (though you can save $100 with the two pack for $498), which is 33% more expensive than the Nest Cam Indoor. Even more, you’ll need a Nest Aware subscription to use most of the Cam IQ’s features like facial recognition, activity zones, and video history; you can get ten days of footage for $10 a month or 30 days for $30.

Ultimately, it’s up to you whether Nest Aware and the Cam IQ are worth the money. There are plenty of cheaper options out there, but the Cam IQ offers great image quality and enough features to keep most people safe and happy. Realistically, if you can afford a monthly Spotify subscription, you can afford to protect your personal belongings in case of a break-in.