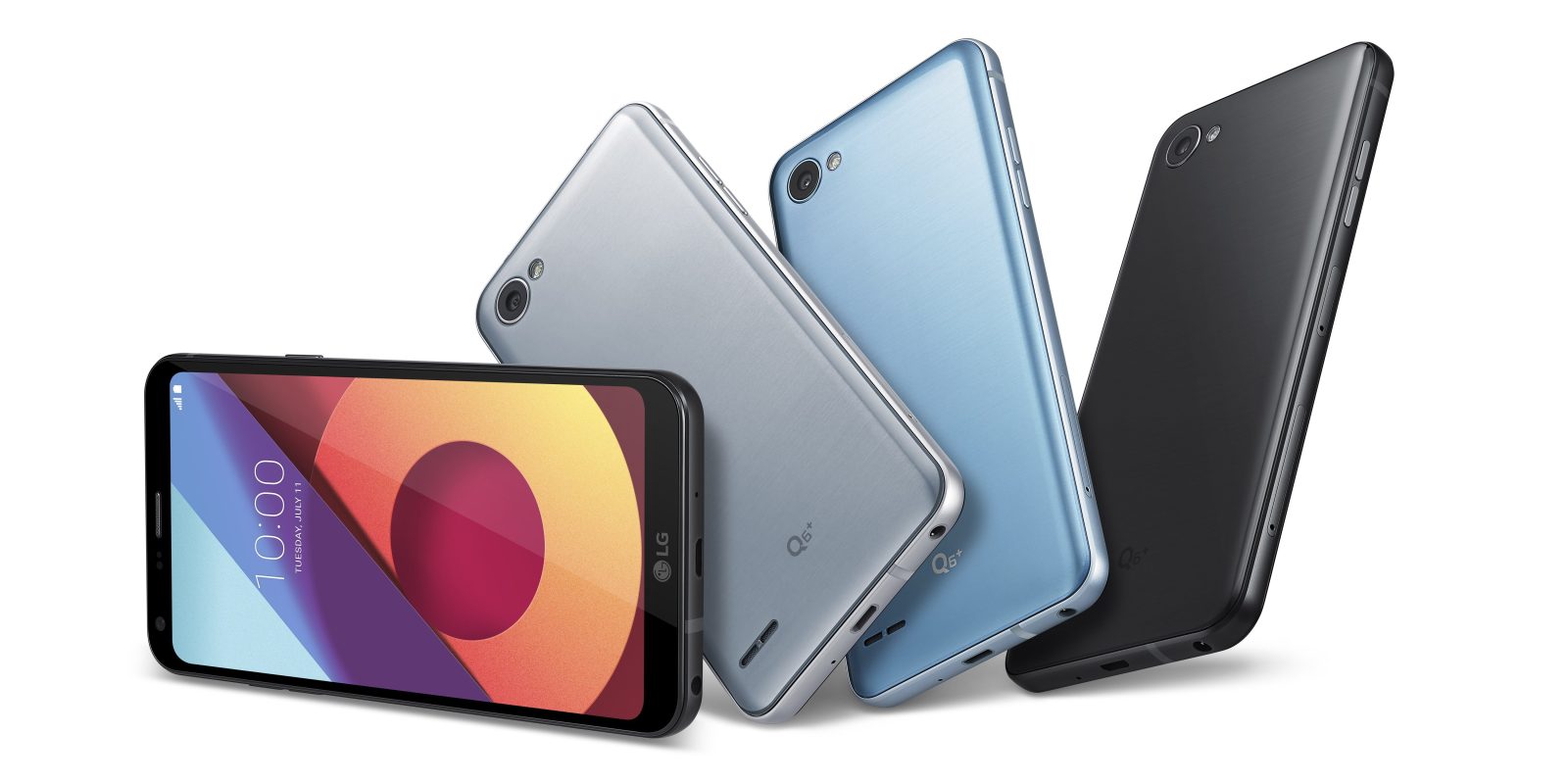 As teased yesterday, LG has officially announced the Q6, a line that brings the G6’s marquee “FullVision” display into the mid-range. However, that designation brings notable downsides, including a plastic rear, no fingerprint sensor, and a Snapdragon 435 processor.

All have the same Snapdragon 435 processor with a 5.5-inch 18:9 2160 x 1080 “FullVision” display. A single 13-megapixel rear camera is complemented by a 5-megapixel wide-angle lens up front. Meanwhile, the 3,000mAh battery unfortunately charges over microUSB.

LG also claims one-handed usage, with an aluminum frame around the Q6. However, it appears that the rear is made of regular plastic with rounded edges

All three models are available in Astro Black and Ice Platinum. Marine Blue is reserved to the Q6+, while Mystic White is only available for the Q6. Terra Gold is available for both the latter device and the Q6α.

Asian markets will see the device next month, while “key markets” in Europe, Latin America, and North America can expect the device later.