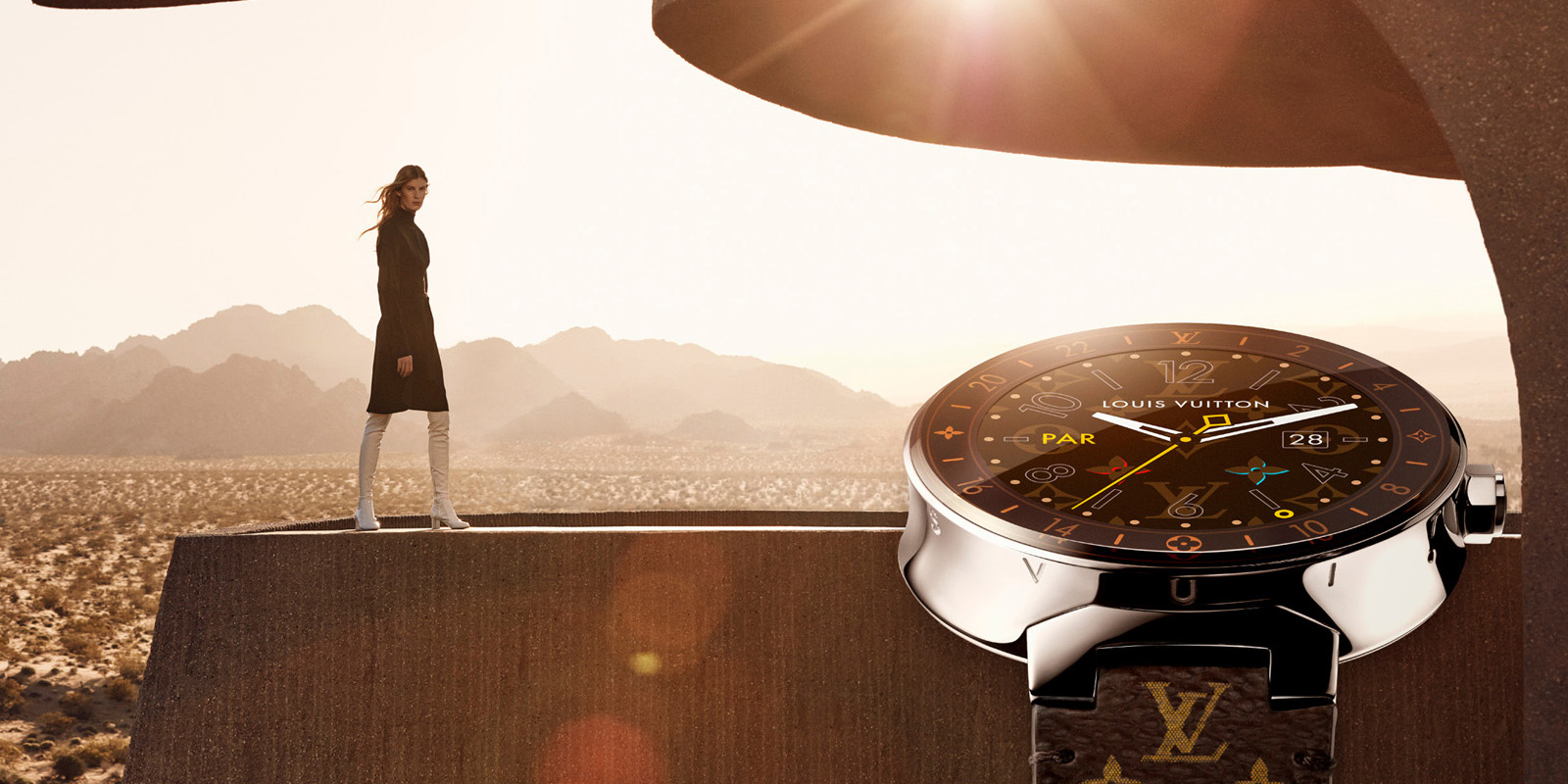 The strength of Android Wear is the diverse ecosystem of hardware it is available on. Today, the premium end of that ecosystem expands just a bit more with the debut of Louis Vuitton’s first Android Wear watch, the Tambour Horizon.

The Horizon may be a premium watch, but under the hood, it’s very similar to the rest of Android Wear’s lineup. That is, a Snapdragon Wear 2100 and 512MB of RAM running the show with 4GB of storage and a 300 mAh battery. Louis Vuitton skips the heart rate monitor and rotating crown, but the watch offers a 1.2-inch AMOLED display at 390×390.

In terms of size, the Horizon is also relatively slim with a 42mm casing and 12.5mm thick body. With software, Android Wear 2.0 is pre-loaded with all of its general features such as Google Assistant, but Louis Vuitton has also included its own extras.

Along with a handful of watchfaces, the Horizon comes with exclusive apps. Two of those focus on travel, MyFlight and City Guide. The former focuses on making your airport experience a bit easier, while the latter helps find points of interest once you’ve landed.

The Horizon also offers a wide selection of bands designed specifically for it. 60 bands are available in total, 30 of which are aimed to women with the remaining aimed toward men. The watch itself is available in Black, Gray (Graphite), and Brown (Monogram).

Pricing for the Tambour Horizon, as you would expect, is pretty hefty. The Gray and Brown models start at $2,450 with the Black model landing at $2,900, all available for inquiry now on Vuitton’s website.