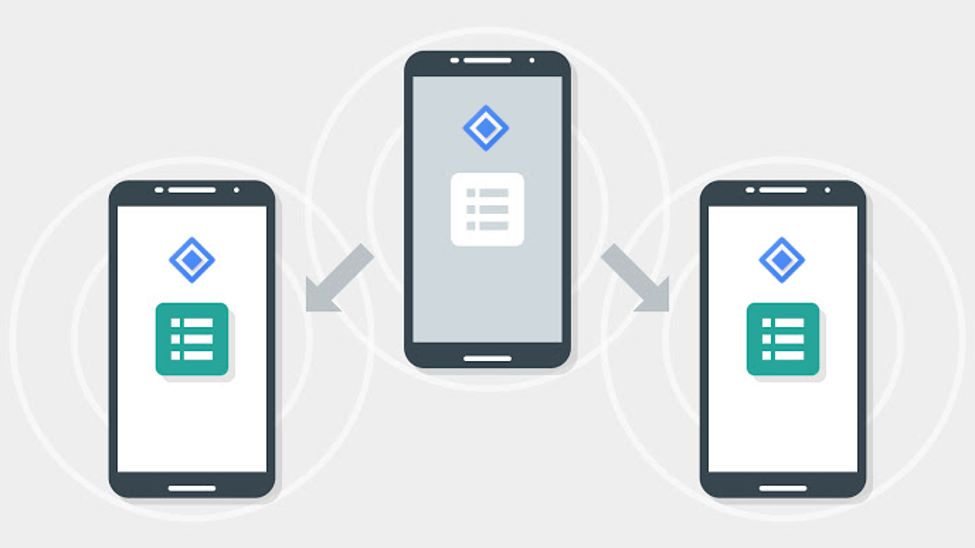 At I/O 2017, Google announced an upcoming revamp to its Nearby API that powers the Bluetooth beacons that are increasingly found in stores to serve deals and other notifications. Version 2.0 of the Nearby Connections API is now available to provide a “fully offline, high bandwidth peer to peer device communication.”

The focus of this updated API is to provide “high bandwidth, low latency, encrypted data transfers between nearby devices in a fully-offline P2P manner.” Google lists numerous possible use cases, including:

Quite ambitious in possible use cases, Nearby Connections is leveraging WiFi, Bluetooth LE, and Classic Bluetooth. More interestingly, Google is abstracting the hard work and improving the experience by playing the strengths of each technology while “circumventing their respective weaknesses.”

this abstraction enables seamlessly upgrading the bandwidth of a connection by switching between the radios as and when it makes sense, as well as getting invisible over-the-air updates to use new radio technology as it becomes available — with no change whatsoever in the application code.

The API supports having a centralized device broadcast to numerous others (Star) and more traditional peer-to-peer, decentralized networks (Cluster).

Google has been working with several developers:

Version 2.0 is now available on all Android devices updated to version 11.0 of Google Play Services, with developers able to begin writing apps immediately.