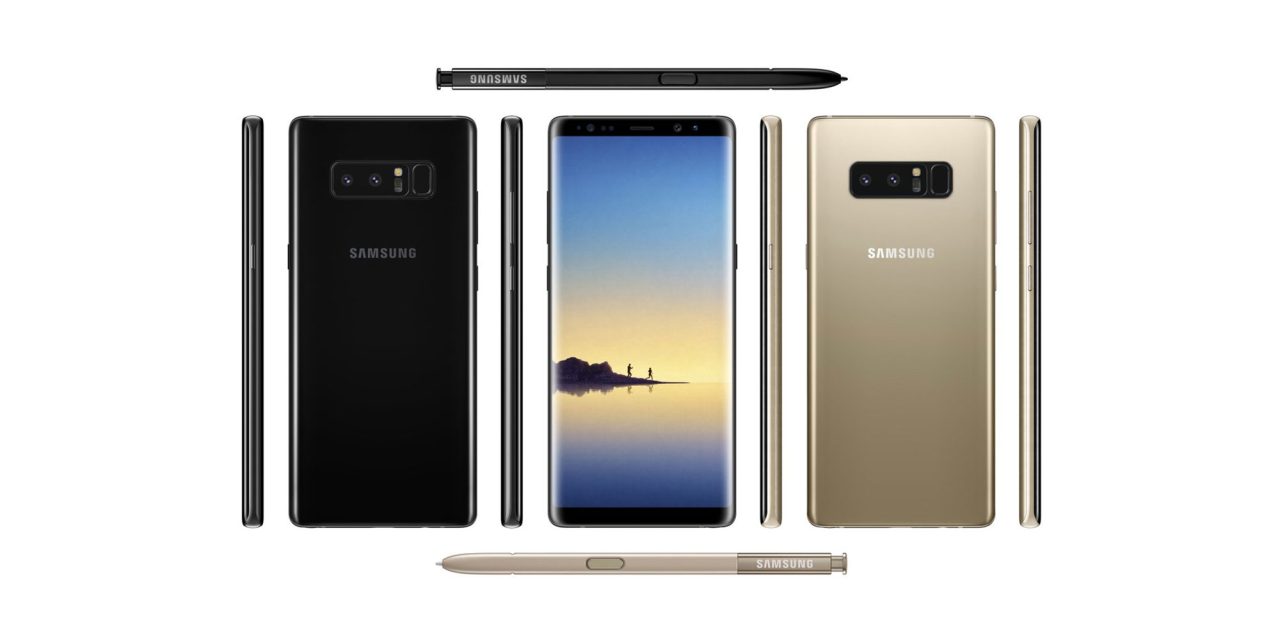 Several hours ago, famed leaker, Evan Blass, tweeted out a press render of the Galaxy Note 8 in Midnight Black. Unfortunately, at the time Blass was only able to share an image of the front of the handset. Now, Blass is back and has released an image of the Note 8 in both black and gold from almost every angle. Plus, he was able to include each variant’s distinctly colored S-Pen…

The tweet, embedded below, shows press renders of Samsung’s upcoming flagship smartphone in Midnight Black and gold. As you can see, it looks identical to the leaked renders that we saw several days ago.

The Midnight Black model is basically a blacked-out device with no different colored accents. The gold model is slightly different. This time, the backing and metal edges are all gold. Two areas that aren’t gold are the camera window and front bezels, which keep the black coloring. Also different is the S-Pen, which appears to be color matched to each Galaxy Note 8 color variant.

There will most likely be even more color options shown off when Samsung announces the Galaxy Note 8 on August 23, including Orchard Gray and a brand new Deep Blue.

When it rains etc. pic.twitter.com/D0lFR5Wn1B