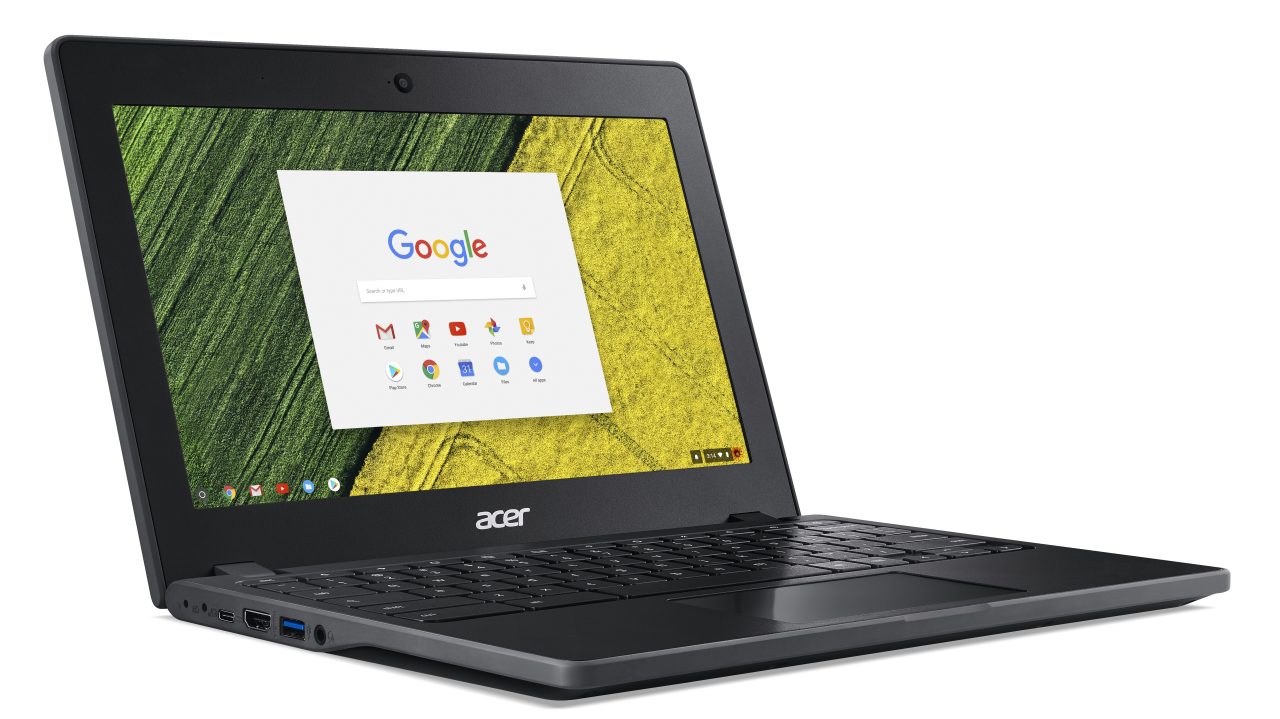 Earlier in the year, we reviewed Acer’s Chromebook 11 C731 – a solid offering for around $300 that our Hayato Huseman said “makes a great budget laptop” for those looking for an inexpensive computer for note-taking, web-browsing, etc. Acer just announced an updated version of this with the C771, and like the C731 before it, this latest model is focused directly at customers in the education and commercial spaces.

The latest entry in Acer’s Chromebook 11 lineup is available in two main models – C771 and C771T. The former features a regular non-touch display, whereas the latter offers a full-fledged touchscreen experience. No matter which variant you choose, you’ll get an 11.6-inch screen size with an IPS panel and resolution of 1366 x 768. The hinge of the C771 can also move back as much as 180-degrees, so if you need to lay the screen down flat for whatever reason, it is possible to do so.

The C771 is the first Chromebook to be using Intel’s 6th generation Core and Celeron processors, and these should provide for more than enough power for navigating through all that ChromeOS has to offer. Aiding Intel’s processors is 4GB of RAM for snappy multitasking, and the onboard 32GB of eMMC storage can be expanded via the microSD card slot.

As for the actual design of the C771, Acer built this laptop to withstand just about anything. The appearance of the C771 is a bit on the chunky side, but this is because it’s rated to be compliant with Military Standard 810G (in other words, the laptop is drop-proof up to 48-inches and has a spill-resistant keyboard).

Other notable features include up to 13 hours of use on a single charge, a single USB 3.1 Type C port, two USB 3.0 ports, an HDMI output, and dual-band Wi-Fi support.

The Acer Chromebook 11 C771 will be available for a starting price of $279.99, and this includes the Intel Celeron 3855U processor. If you want to step up to the C771T, you’ll need to shell out $329.99. Acer says that this model of the C771 will be available in North America starting this month, and the versions with Intel’s Core i5 and i3 processors will go on sale later in September.