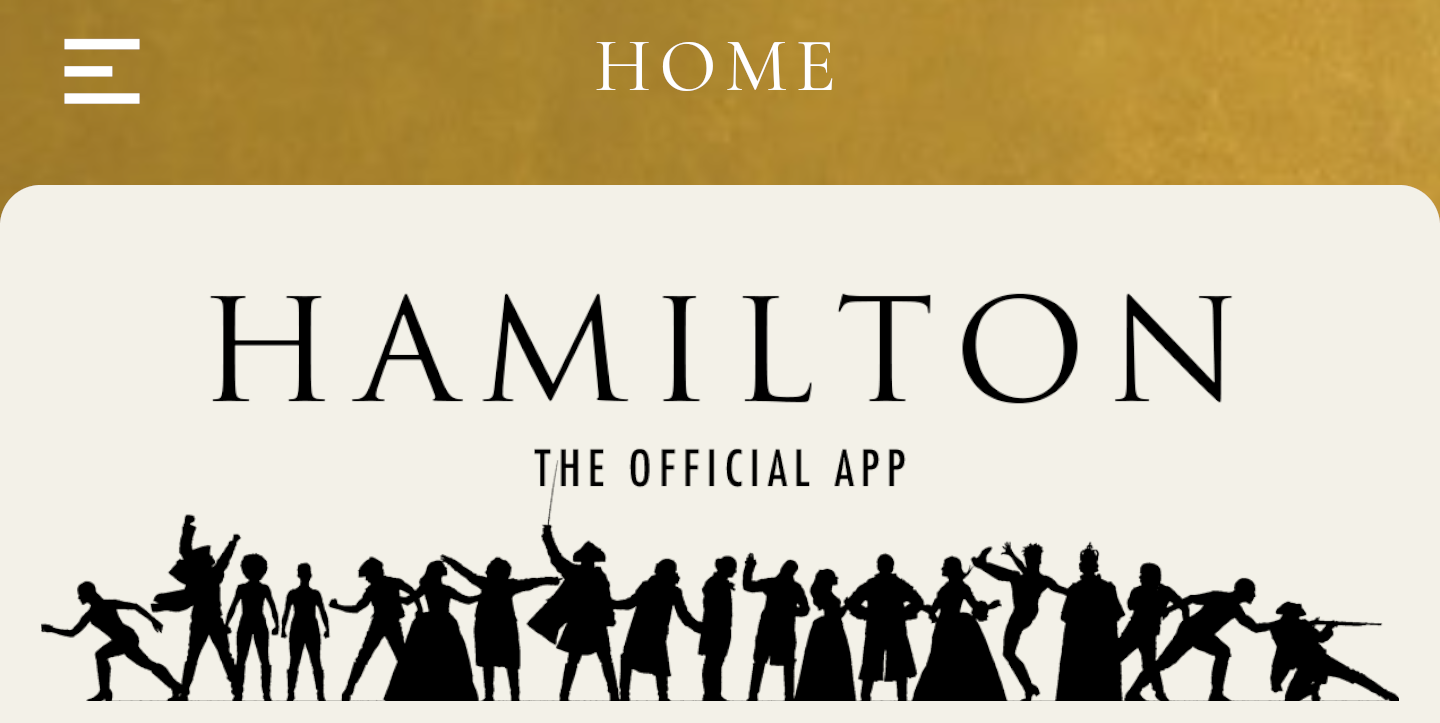 As the hit musical Hamilton continues its cross-country tour, Lin-Manuel Miranda and company saw fit to create an app for fans. It features stickers, the opportunity to enter a raffle for cheap tickers, and more. Under-the-hood, “Hamilton — The Official App” also happens to be one of the first applications built with Flutter, which is also used as the UI layer for Google’s in-progress Fuchsia OS.

Flutter is a new mobile SDK that can be used to build and design apps for Android and iOS. It has a focus on fast development, as well as expressive UI components that leverage Material Design principles, like motion.

In an interview with Google, the Hamilton’s app development team discussed their thinking and choices. Flutter was primarily chosen due to the small time frame that the app had to be developed in for both Android and iOS:

That’s why we decided to use Flutter, a new modern, reactive UI toolkit that is portable across iOS and Android. Flutter allows us to have a less complicated codebase, which means we can be more efficient and keep parity between platforms.

Due to the alpha status of the SDK, the developers worked with Google to improve the Flutter SDK through feedback and bug reports.

Currently in alpha, Flutter also serves as the UI layer for Fuchsia — a new operating system from Google. Still in its early days, the project is being built with Google’s in-house Dart programming language, as well as the aforementioned UI toolkit.

Be sure to check out the Hamilton app for Android and iOS.