Android Wear has been a rollercoaster of emotions for Google fans. The initial teasers showing the Moto 360’s beautiful circular display pretty much gave butterflies to green robot fans everywhere, but since, the platform, and smartwatches in general, have struggled to live up to their promise. Even with awesome new hardware, lots of people just don’t wear their Wear anymore. But what about Googlers?

Unlike Steve Jobs or Mark Zuckerberg, Google CEO Sundar Pichai’s unifying wardrobe choice during I/O and other product events is a subdued Android Wear device. One would assume that the CEO of Google and former head of Android is an avid wearer of his company’s wearable device platform. In fact, the same could be assumed for all of Google’s executives.

But a long-running investigation (one week) by the crackpot investigative team at 9to5Google (two of us) has unearthed a startling (not startling) discovery: much of Google’s senior leadership seem to not wear their Wear outside of press events. We may not have entirely conclusive evidence for all, but we have enough evidence after a week of tirelessly browsing YouTube videos and Google Images to give several employees a likeliness score. 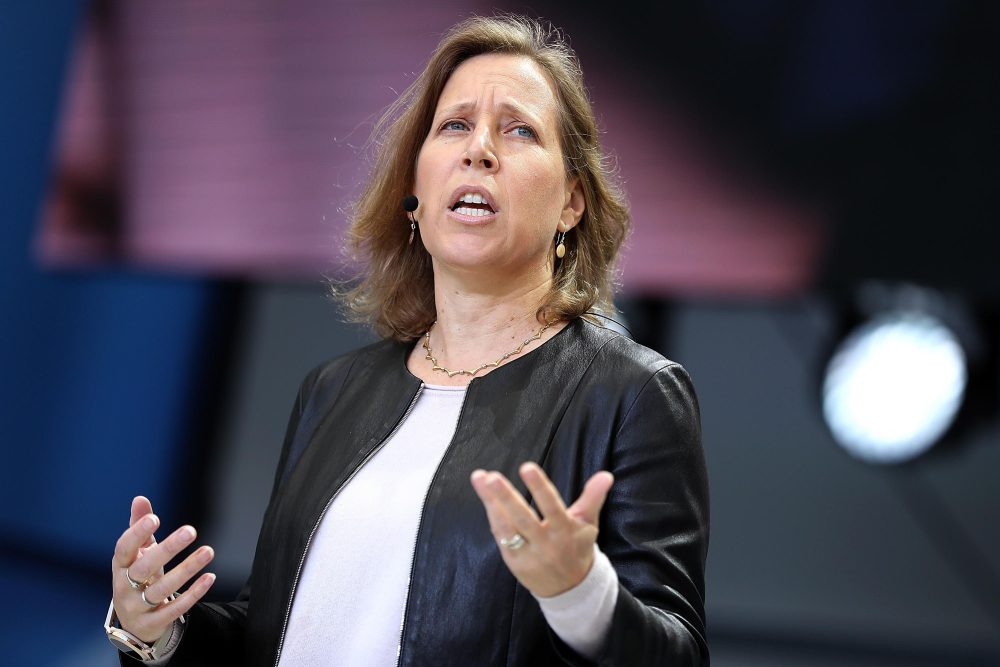 Susan Wojcicki frequently appears at events in her role as YouTube CEO. Her first appearance on the I/O stage in May saw her wear an LG Watch Style, but numerous other events — panels, VidCon, Brandcast, meeting foreign dignitaries — show her with no watch. Sorry, Susan, but this one’s pretty clear. Feel free to email us if you have qualms with your score. 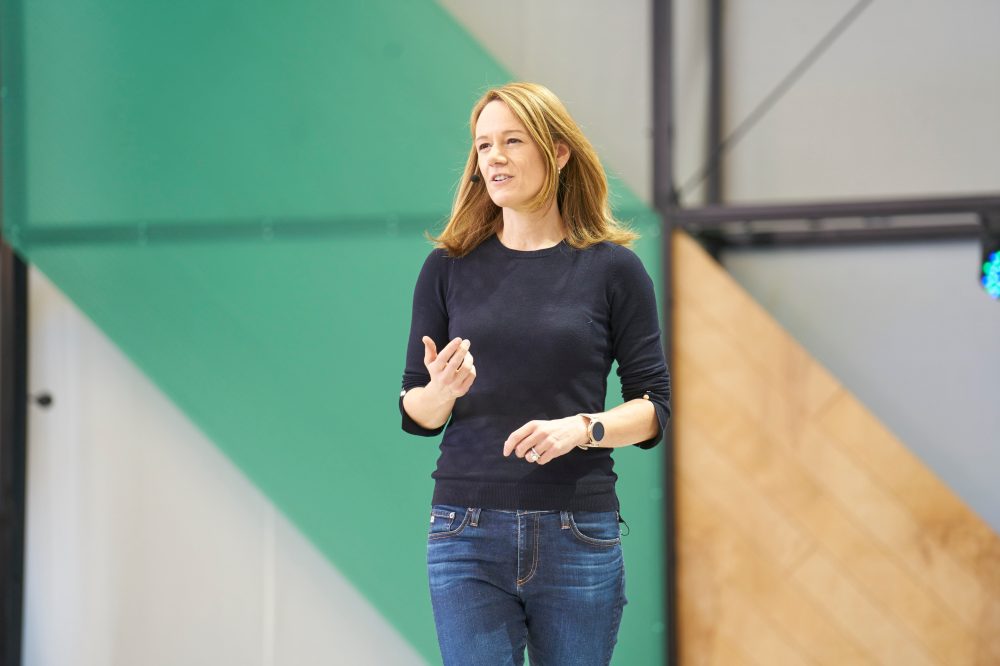 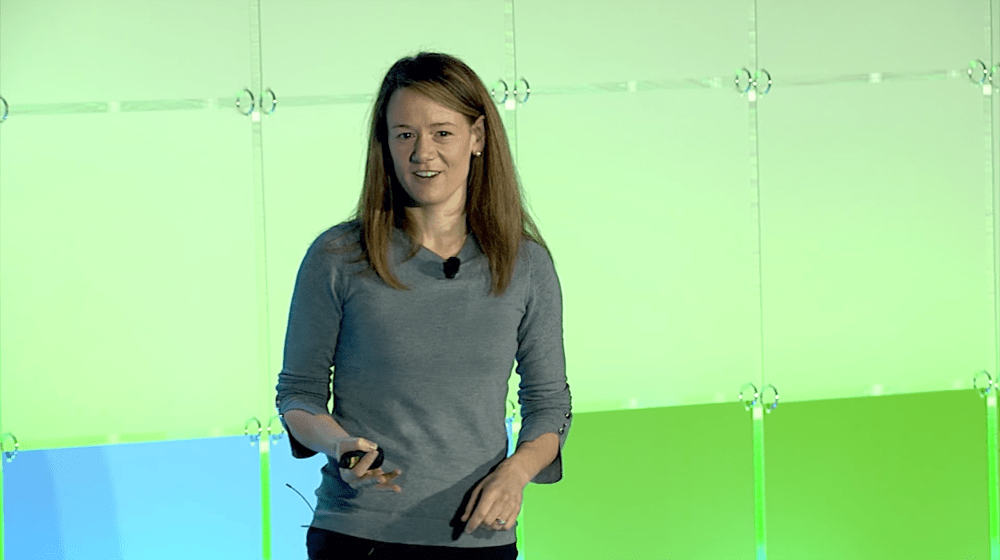 We admittedly don’t have enough data on Stephanie to make a fair call, but we can probably somewhat safely assume that the LG Watch Style that she wore at I/O 2017 was mandated. Therefore, we’re going to give her a score probably somewhere around the national average. 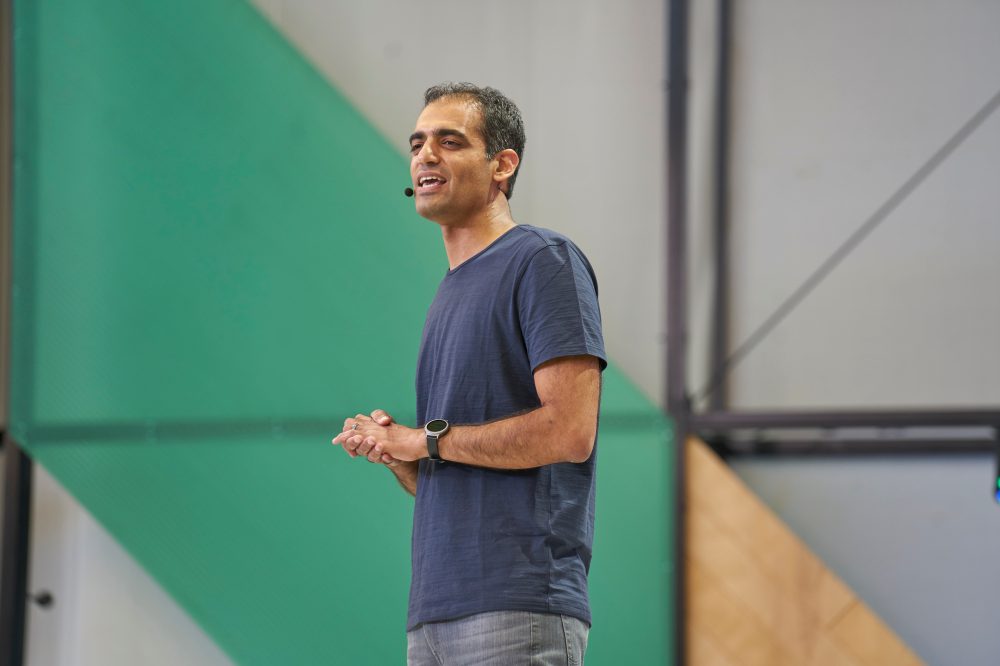 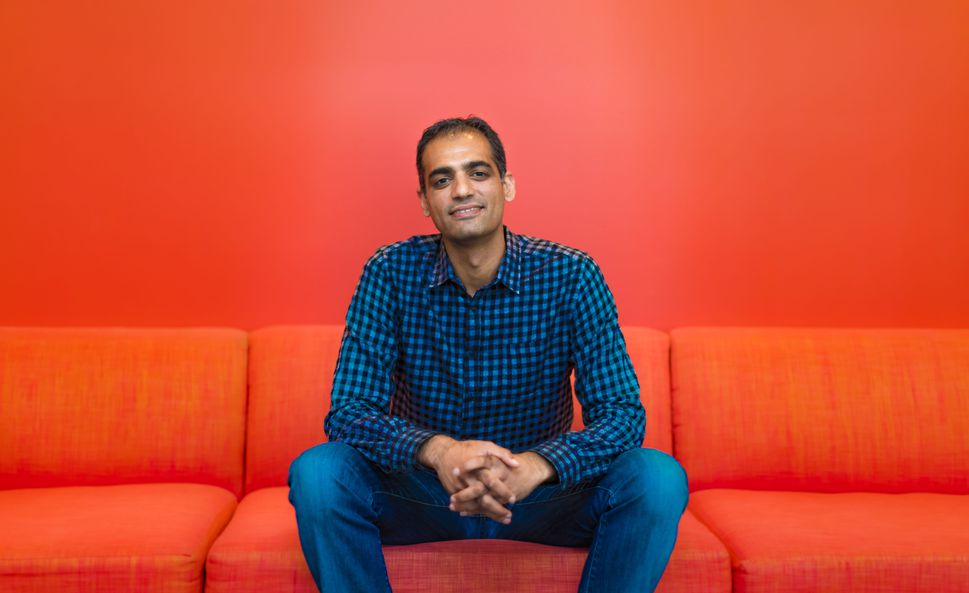 The head of Android Go was not wearing a Wear watch during a press interview on Google’s latest attempt to bring Android further down market. Like Stephanie, though, we don’t have much evidence to go off of — so a nice 2/10 seems fair. Maybe 3/10 because he’s an Android VP.

While definitely a watch aficionado (maybe of the mechanical fashion), it’s unclear whether Google Photos head Anil Sabharwal uses Android Wear beyond on stage at I/O. He chose what looks to be a mechanical watch over an Android Wear device at I/O 2015, so he’s going to lose points for that.

(It might have been an LG Watch Urbane in gold, but we’re not sure — it looks too chunky.) 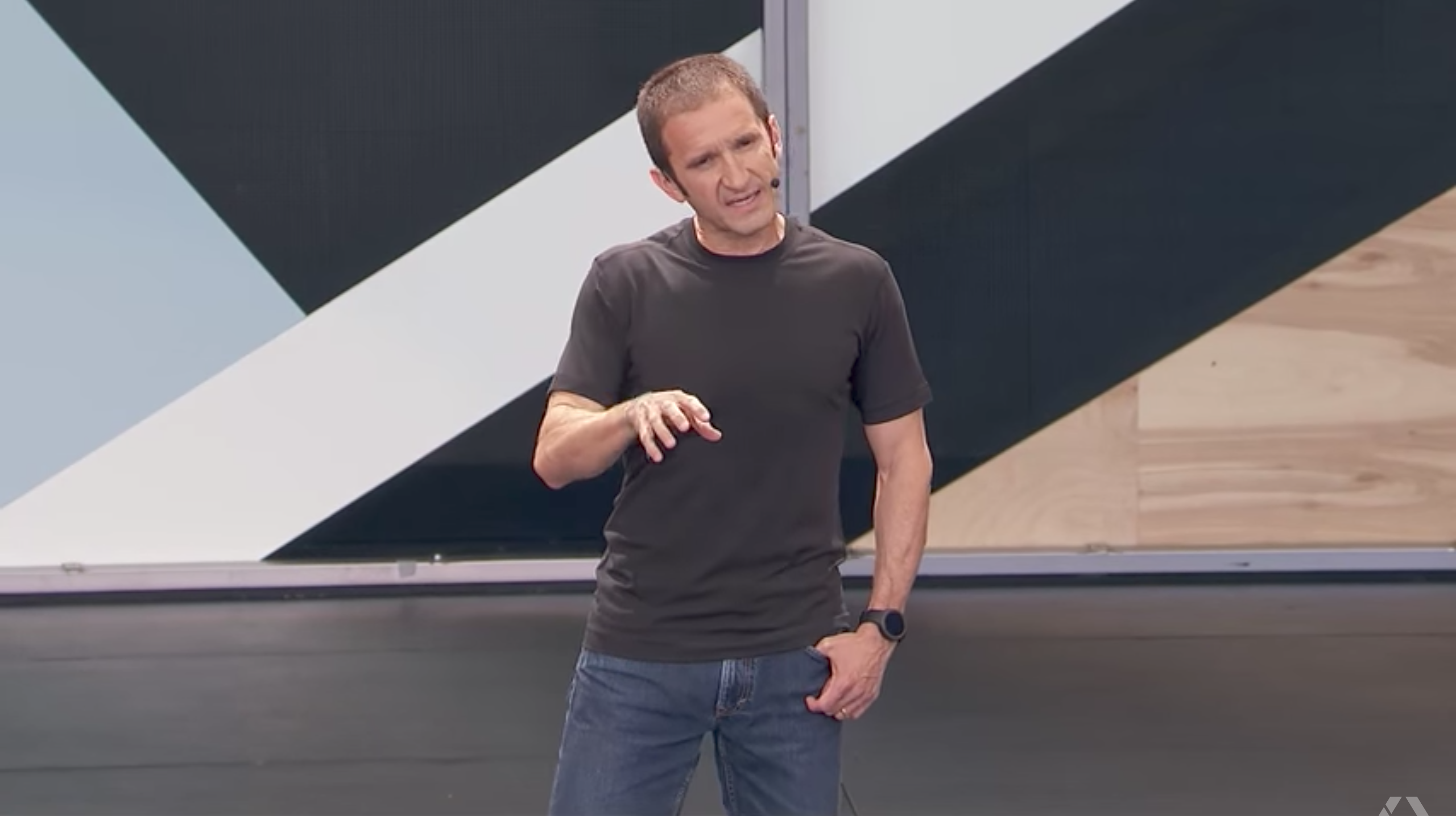 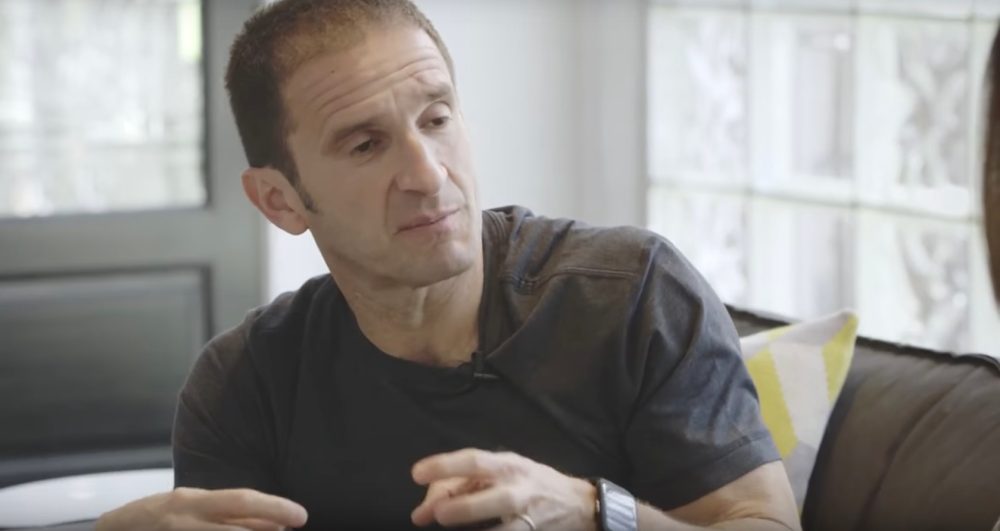 Mario was of course wearing Wear on stage at I/O 2016 (who wasn’t?), but we only found one other post-2014 image of his wrist on the web during an interview about the future of Chromecast with The Verge in the fall 2015. We may not have much evidence on Mr. Queiroz, but at least he’s consistent — as far as we can tell — about wearing the device in front of the camera. 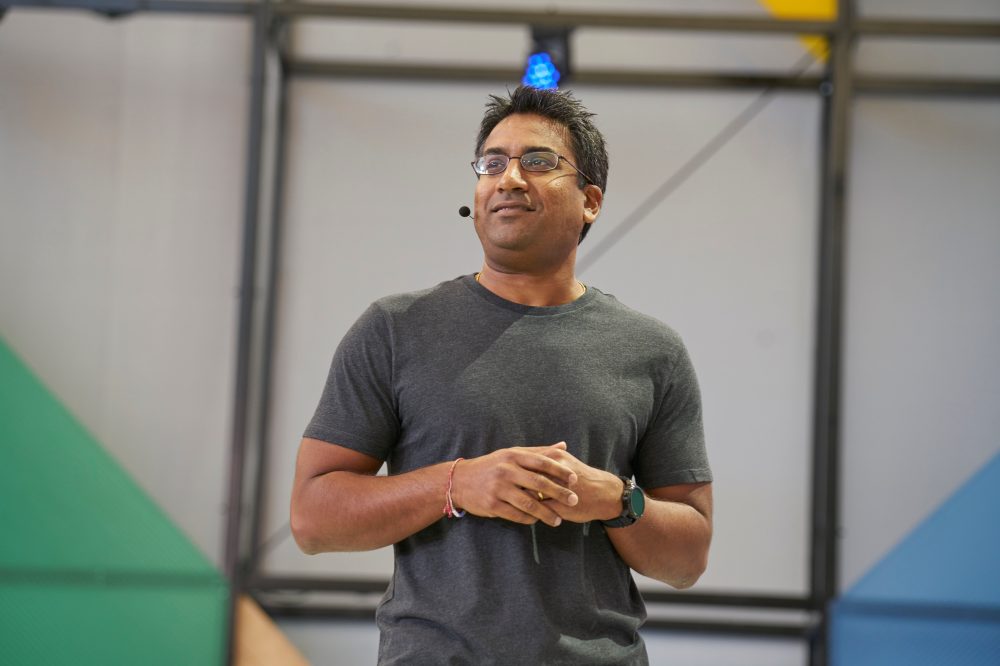 Rishi Chandra is a similar story to Mario. We don’t have much non-event-or-interview data to go off of, but two examples we could find did have Android Wear on his wrist, and one had a… Pebble? At the Google Pixel event? Sorry, Rishi, but you’re losing a half-point for that. 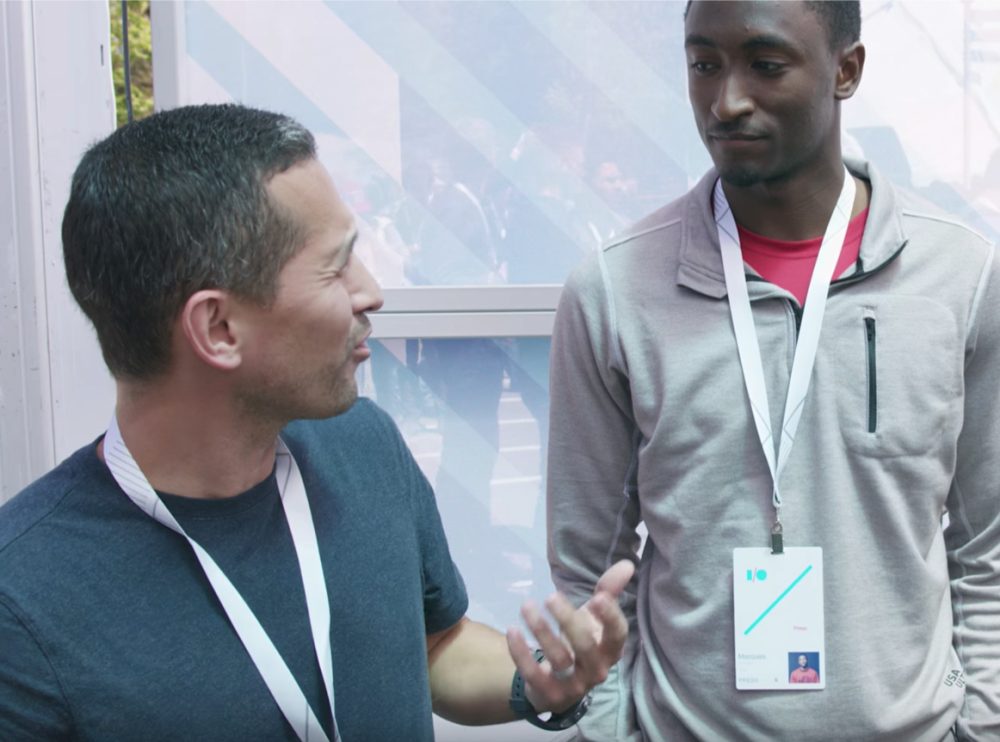 We know that head of Android dogfoods products, but it’s not clear exactly how consistent he is in his Android Wear wearing. But we like Hiroshi. Everyone likes Hiroshi. Also, Hiroshi bestows upon us teasers which keep our jobs interesting. We’ll be generous, Hiroshi. We have faith.

While Dave Burke was only seen with Wear at Google I/O and not in interviews, our gut feeling is that the VP of Android engineering uses Wear more frequently than others. Then again, this almost-passing score was only given due to his Nexus-integrating Halloween costume from 2015. 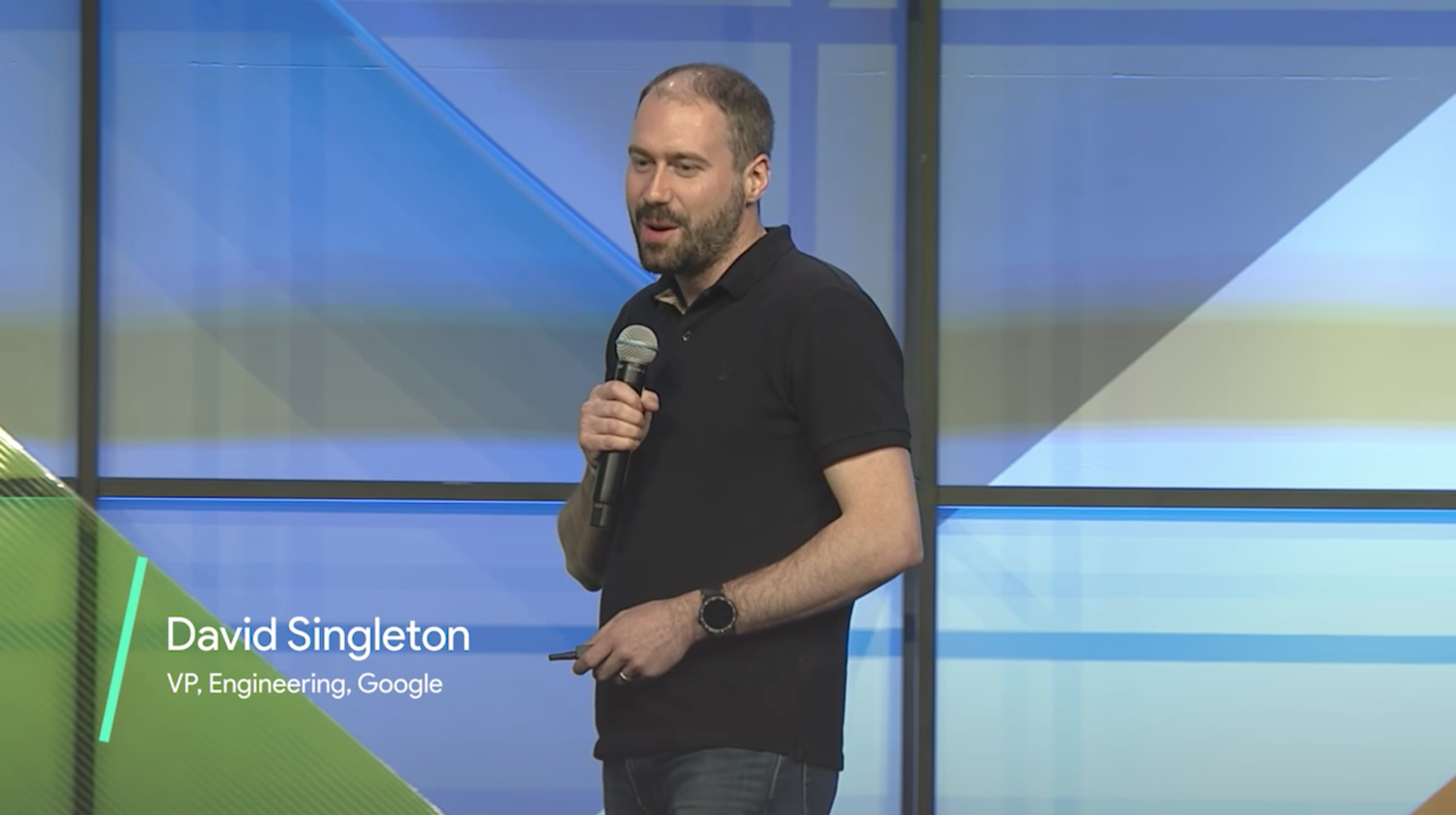 Unsurprisingly, the head of Android Wear uses the platform he helps shepherd day-to-day. Finding this piece of evidence took way more sleuthing than we’d like to admit.

In 2017, there are only two images of Sundar Pichai wearing an Android Wear device. The first comes from March during an interview at Khan Academy and the second was at I/O. Meanwhile, the CEO was Wear-less as he visited India, Africa, and South Korea, as well as during campus events in June and most recently at the start of August. Sorry Sundar, but the evidence is damning.