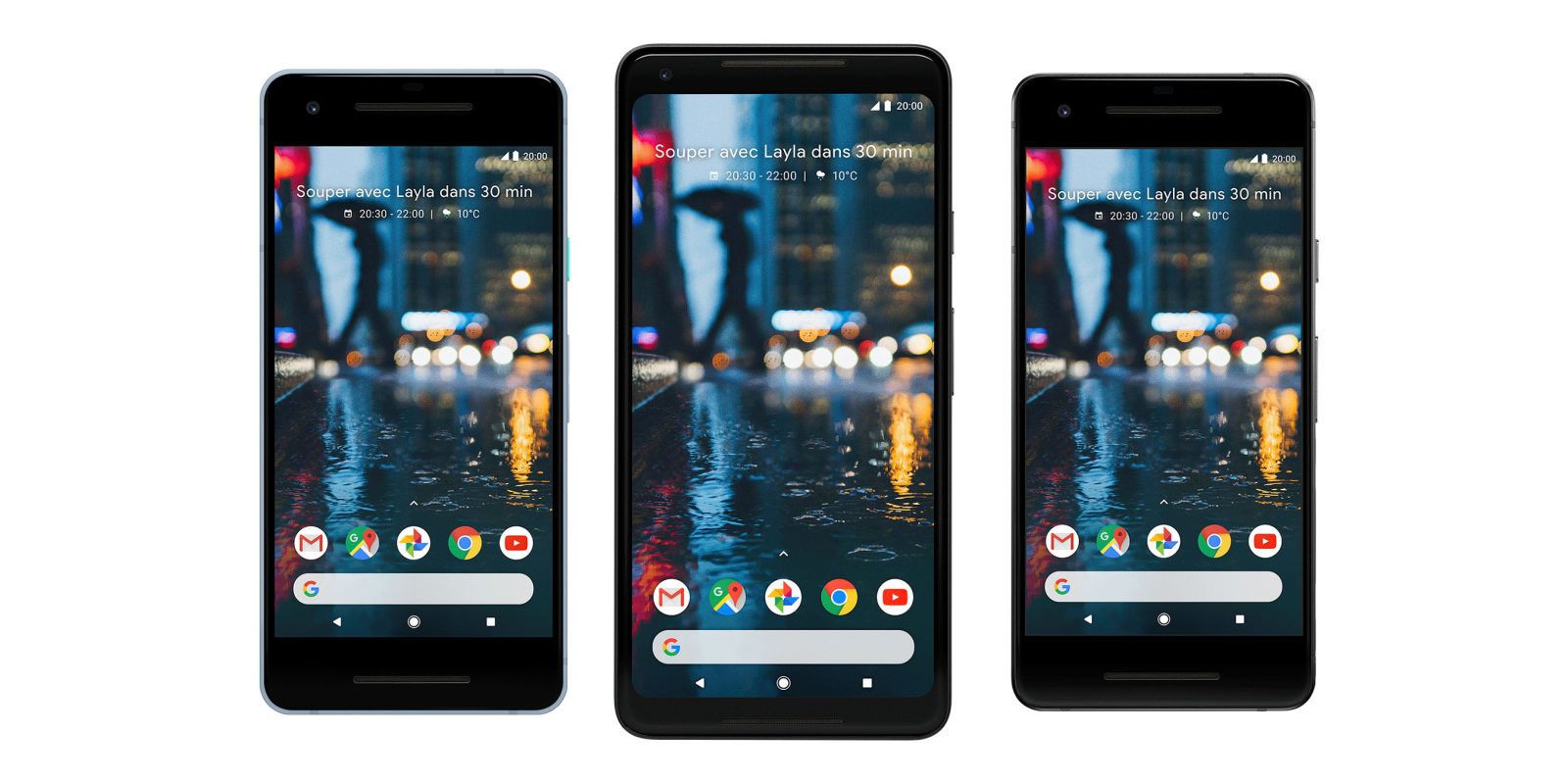 We’re just a few hours from the start of Google’s hardware event today and ahead of the launch, we’ve seen a ton of big leaks. This morning, we’re getting one more courtesy of Roland Quandt…

This, probably final leak of the Pixel 2 and Pixel 2 XL doesn’t give us a ton of new information about these phones, but it’s an interesting set of leaks regardless. First and foremost, we get three new renders of the phones, one of the XL and the other two of the standard Pixel 2. These three shots give us a much closer look at the bezel comparison between the two models, and it’s significant, to say the least…

That aside, one of these renders also shows us the “Kinda Blue” version of the Pixel 2 with the color peeking around the border of the phone from a front view. Unlike the original Pixel’s “Really Blue,” the bezels around the screen here are black. The power button also picks up a pretty bright color accent I’d best describe as “aqua.”

Lastly, Quandt has provided us with a mostly-complete list of specifications for the larger Pixel 2 XL. Specs such as the Snapdragon 835 processor, 6-inch 2880×1440 display, 4GB of RAM, and 64GB of storage all line up with previous rumors, but there are a couple of interesting notes here.

For one, the list mentions Android 8.0 Oreo launching on the device instead of the reported 8.1. It also says that the device will offer support for not just a standard SIM card, but also an eSIM as was previously rumored. The spec sheet also mentions a healthy 3,520 mAh cell under the hood, as well as Gorilla Glass 5 up front. Unfortunately, there’s no mention of the rear camera resolution, but the front-facing shooter is seemingly confirmed at 8MP.

Obviously, we don’t have too long to wait until the final specs for these two phones are published, so stay tuned right here for all of our coverage!

Google Pixel 2 and Pixel 2 XL in black and blue from the front (only non-XL comes in Blue) (I'll skip the white models Evan already posted) pic.twitter.com/0s0XQ1F1zT

eems these are most specs for the Google Pixel 2 XL. Listed by news site C**T – a lot in there, that hasn't been mentioned except rear cam. pic.twitter.com/CP8Ik9wTGw