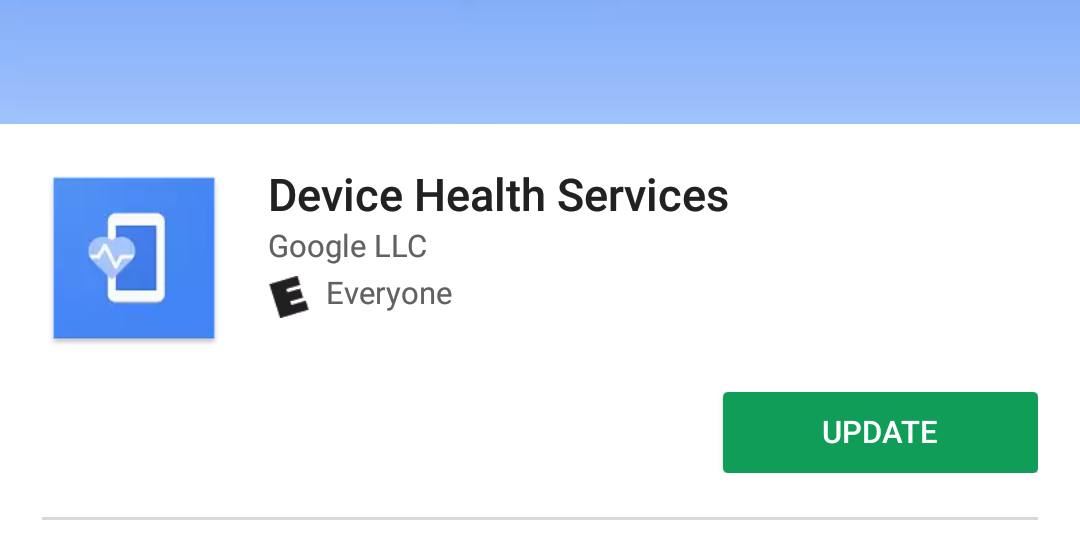 Owners of Google devices began receiving the update earlier this morning, with reports of even Nexus 5 owners receiving it. The Play Store description notes that “Device Health Services predicts how long your phone’s battery will last based on your usage.” The one feature listed is “Personalized battery usage estimates.”

On a Google Pixel running Oreo, the version listed in Settings before updating is 8.0.0. Once updated, it is now version 1.0.2. Release notes in the Play Store reveal:

Visually, there appear to be no changes from the previous version of the app. Furthermore, users on older devices are not receiving the updated Oreo battery settings interface, suggesting only under-the-hood changes to make battery usage estimates more accurate.

Over time, Google has moved to putting more under-the-hood aspects of Android on the Play Store for more timely updates, rather than needing a full system update. Another recent example is the Carrier Services app.