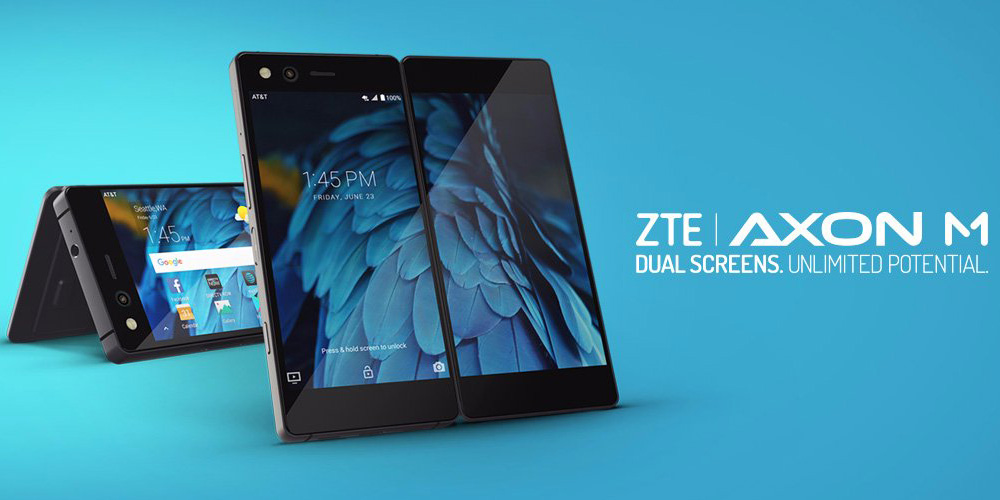 ZTE isn’t afraid to experiment with new ideas when it comes to smartphones, and today, it’s proving that with the debut of the ZTE Axon M — the first dual-screen smartphone we’ve seen in years.

To be clear, the Axon M isn’t the first smartphone we’ve seen with two screens, as the Kyocera Echo did this way back in 2011. What we are getting here, though, is the first option that actually looks pretty good.

The ZTE Axon M has a primary 5.2-inch display that sits on a hinge. When you fold it out, you get an identical 5.2-inch display that, when not in use, folds around the back and just turns this phone into a glass sandwich. It’s a pretty interesting design, and ZTE has done some work with the software to take advantage of it.

Through a dedicated button alongside the navigation buttons, you can switch between a few modes. By default, that second display mirrors the primary. Another mode gives you both screens as one canvas, and yet another mode lets you run apps side by side on each display.

Under the hood, the Axon M isn’t quite a flagship, but it’s in the same ballpark. There’s a Snapdragon 821 with 4GB of RAM running the show along with Android 7.1.2 Nougat. There’s also a single 20MP camera on this device that you’ll use both as the primary camera and the selfie camera, simply flipping the phone around and using the other display for the latter.

There’s also a 3,180 mAh battery with USB-C providing power, something that seems pretty impressive considering all the extra tech packed inside of the 12.1mm body.

The ZTE Axon M will be exclusive to AT&T in the United States and will be available sometime in “the next month.” Pricing lands at $24.17 for 30 months on AT&T Next.