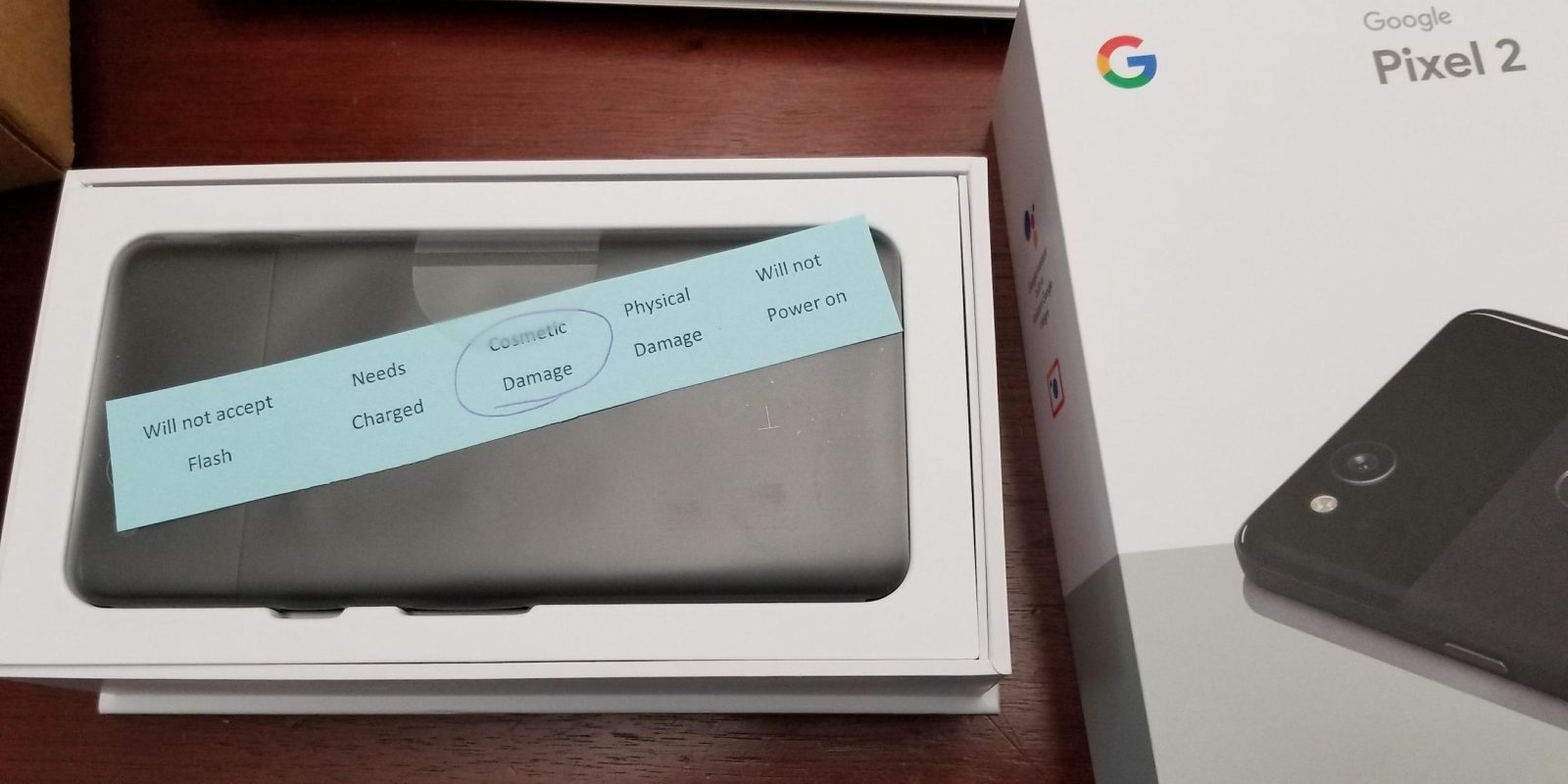 It’s been a rough week for Pixel fans. As Google’s new flagship devices have been slowly making their way to reviewers and customers alike, many have been running into issues with the LG-made display on the Pixel 2 XL. Though the initial complaint was regarding the sRGB display looking less vibrant than the more saturated OLEDs panels we’re used to from Samsung, much more serious problems have begun popping up.

Where to even start? The Pixel 2 XL has wild color shifting issues, turning whites and grays completely blue when viewed even slightly off-axis. In addition, a number of users (notably Android Central executive editor Alex Dobie, whose tweet drew large attention to the issue) began experiencing burn-in on their Pixel 2 XLs. There’s also issues with splotchy backlighting, to the point that it almost looks like plain backgrounds are intentionally textured.

If you’re a Pixel 2 owner and feeling left out of all the fun, don’t worry — Google hasn’t forgotten about you! This lengthy Pixel 2 display megathread on Reddit is full of commenters talking about the various problems they’ve run into with both Pixel 2 models. One comment that particularly stood out to us was from user r/dpezet, who ordered a 128 GB Quite Black Pixel 2, only to open the box and find a slip of paper from the quality control line, noting that the phone had failed testing due to cosmetic damage. Yes, Google shipped a damaged device as a brand new phone.

In fairness, Google isn’t directly manufacturing the Pixel 2, instead handing off the responsibility to HTC. We aren’t sure which of the two companies is handling final shipments, but regardless there’s a level of accountability when the phones are being branded as “Made by Google.” In a followup comment, dpezet stated that they’ll be receiving a replacement unit shortly, and they were given a $10 Google Play credit for their trouble. While a replacement unit is a given in cases like this, the $10 credit seems like a bare minimum effort apology after shipping a damaged phone for $749.

While this particular case isn’t likely to happen to many people, it’s just another example of how disastrous the Pixel 2/2 XL launch has been so far. We’re finding and examining more problems each and every day, from inconsistent audio output between speakers to a possible clicking noise during phone calls. We’ve seen some anecdotal evidence that Google has gotten QC under control with newer batches of the Pixel 2 and Pixel 2 XL, but that’s just word from oft-unreliable customer support reps and we have yet to receive official confirmation. And even if there is a new batch of better Pixels, what does that mean for owners of the first batch? And are we just supposed to trust Google’s word on the new batch after the innumerable problems we’ve already seen?

I’d love for these problems to all blow over with replacement models. In almost every metric but hardware reliability, the Pixel 2 and Pixel 2 XL are absolutely incredible devices, and I’ve personally been fawning over the Quite Black Pixel 2 XL, but I’m just not willing to drop that kind of cash on a device that seemingly has a new problem every day. Maybe some day … or maybe I’ll just have to hold off until the Pixel 3 XL.