The latest update to YouTube TV for Android is rolling out and brings a major feature from the main YouTube app to the cord-cutting service. With version 1.11, Oreo users can finally watch video using Picture-in-Picture mode.

PiP is one of Android 8.0’s marquee features, with YouTube being one of the first Google apps to support it. In YouTube TV, the functionality behaves the same way.

When a TV show, movie, or sporting event is playing, tapping the home button will pop out the player as a separate floating window. It is also activated if the video is paused or when it’s shrunk down. These miniature controls allow for pausing, rewinding/forwarding, and fullscreening the video.

In settings, there is a new Picture in Picture option at the very bottom of the list. The feature is explained, while a toggle allows users to disable it entirely.

PiP is the major addition in version 1.11 with previous versions adding the ability to receive notifications when shows are on-air. Meanwhile, YouTube TV recently rolled out dedicated apps for Android TV, Xbox, and smart TVs from LG and Samsung. A client for older sets is coming soon, as well as one for the Apple TV.

YouTube TV is now available in nearly 50 major markets around the country and offers live broadcast and premium cable channels for $35 per month. It also features an unlimited cloud DVR and up to six user accounts. 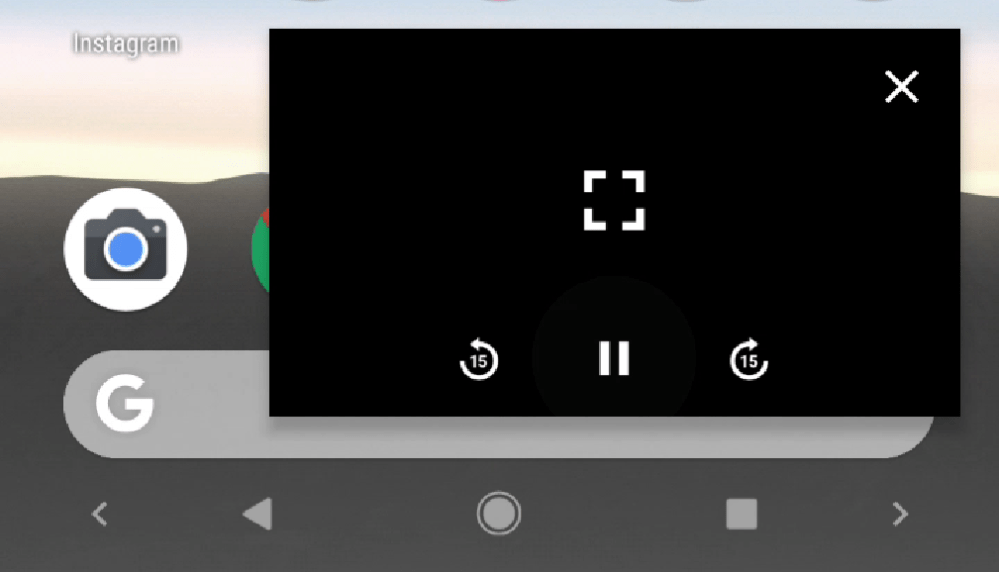