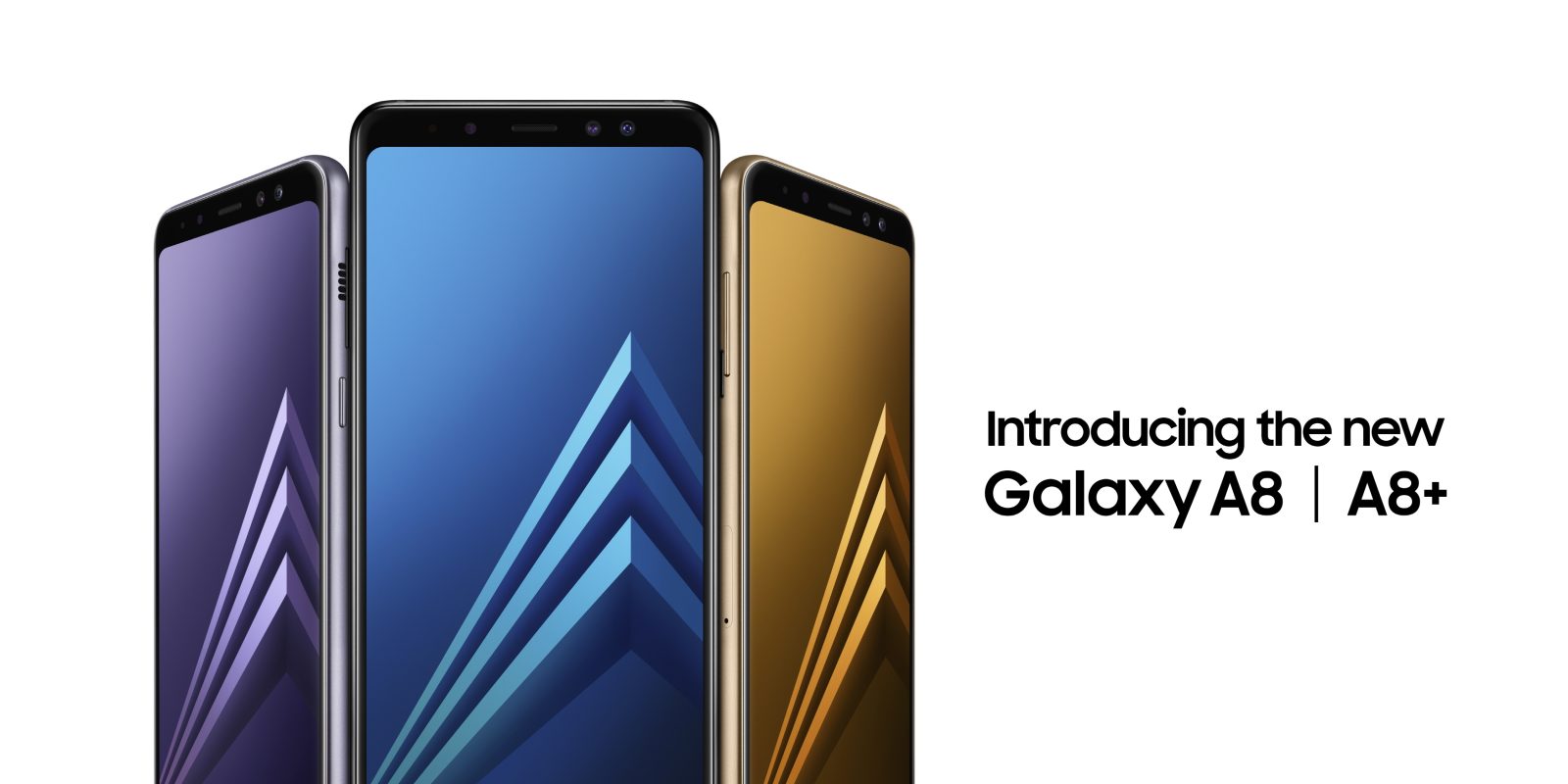 Depending on who you poll, Samsung’s Infinity Display on the Galaxy S8 and Note 8 handily trump the notch of the iPhone X. Doubling down on this design advantage, Samsung is bringing that same screen to the mid-range Galaxy A8(2018) and A8+(2018), along with several other features founds on its flagship devices.

The Galaxy A line caters more to the higher mid-range with wide availability internationally, though it is beginning to trickle over stateside. The marquee feature of the Galaxy A8 and A8+ is the 5.6 and 6-inch, respectively, Super AMOLED display at 1080 x 2200 resolution.

With minimal top and bottom bezels, this device is a dead ringer for the Galaxy S8. Up top, there are dual front-facing cameras with 16MP and 8MP F1.9 sensors. It is geared for both close-ups with the background to portrait shorts. Live Focus allows for pre and post-editing of the bokeh effect.

Meanwhile, there is a 16MP F1.7 rear camera optimized for low-light conditions with video digital image stabilization (VDis) technology that allows for time-lapse videos. Other shared specs include Samsung Pay, IP68 water and dust resistance, as well as being the first in the Galaxy A line to support Gear VR.

Available in four colors (black, orchid grey, gold and blue), the fingerprint sensor on the rear is located below the camera, which is also the rumored configuration for the Galaxy S9 next year.

The device is powered by an octa-core processor with either 4 or 6GB of RAM and 32 or 64GB for storage, which is expandable via microSD. The A8 has a 3,000mAh battery, while the A8+ rocks a 3,500mAh one with support for Fast Charging over USB-C. Unfortunately, these devices are launching with Android 7.1.1 in early January.