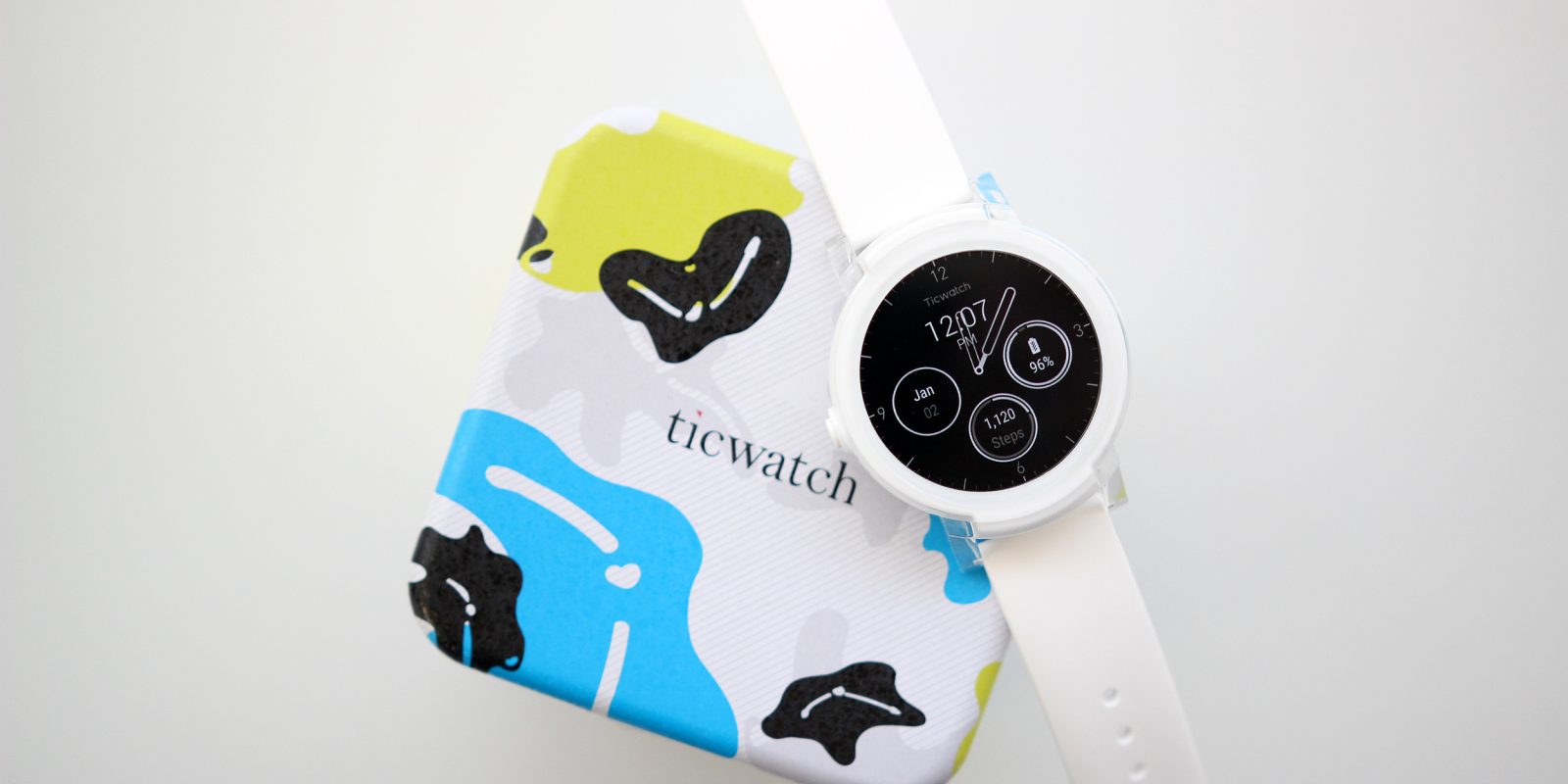 Smartwatches aren’t exactly in their “prime time” at this point, but for those who have found a place in their lives for them, these devices have become invaluable. To that end, many smartwatch enthusiasts have graduated from entry-level options to high-end devices, and OEMs have followed. It’s been tough for the past couple of years to find a good smartwatch at an affordable price.

Last year I reviewed the Ticwatch 2, a timepiece from Mobvoi, one of Google’s partners in China. While there was plenty on that device to leave me underwhelmed, it was an excellent overall experience for such an affordable device. Now, Mobvoi is back with the Ticwatch E, another affordable smartwatch, this time running on Android Wear…

A unique design you’ll either love or hate

When you’re talking about Android Wear, the only aspect where various watches differ is in terms of design. With its $159 price point, the Ticwatch E doesn’t really have a ton of flexibility when it comes to materials, but Mobvoi has shown that it can build a good-looking device at this price.

The circular display on the Ticwatch E comes as no surprise, but its the body surrounding the display which is very different. In the case of the white or yellow versions of this watch, a clear ring surrounds the watch. It’s certainly a unique look, and personally, I enjoy it. However, this isn’t a look everyone will love, especially considering the black model has a boring black ring instead of the quirky clear one. Granted, that blends in better with more outfits, so your preference will vary. 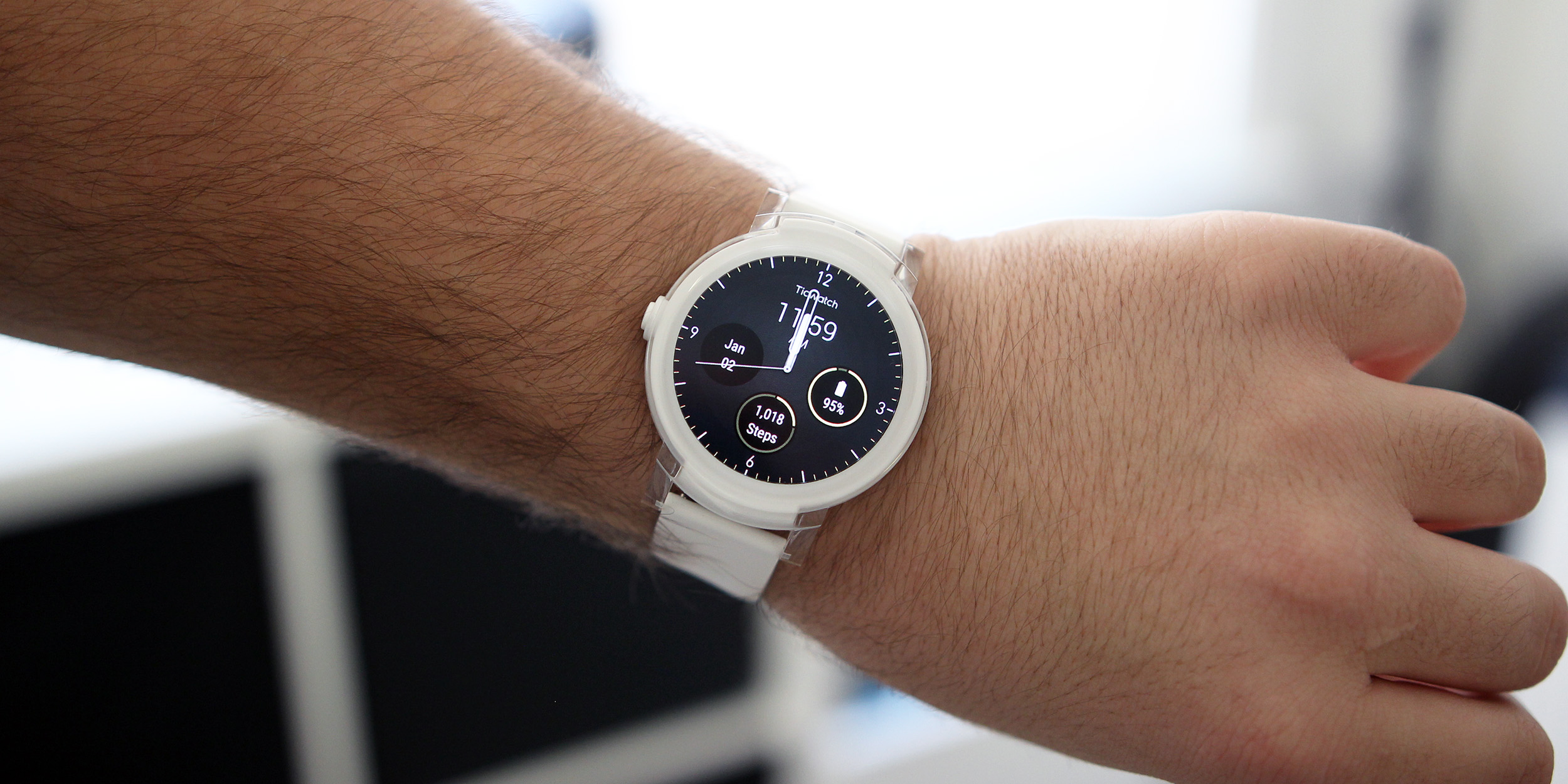 One thing that does irritate me a bit on the E, though, is what it lacks. Mobvoi’s original Ticwatch wearables packed a unique “tickle strip” for making scrolling easier — but this new Android Wear model ditches it. That’s just bizarre to me, as that would feel natural on Android Wear and would differentiate the Ticwatch. Regardless, it’s gone, and we’re stuck with just a touchscreen and power button (which is technically on the wrong side).

Premium materials nowhere to be found, but a comfortable build and band

As I mentioned, this is an affordable watch that uses its materials to create a good look. However, none of the materials can be described as premium. The band is a simple silicone and the watch is 100% plastic aside from the glass covering the display.

Thankfully, though, that doesn’t hurt the comfort. The Ticwatch E is very comfortable for the most part. It sits on my slightly larger than average wrist just fine, and the band is comfortable in everything from general use to exercise. 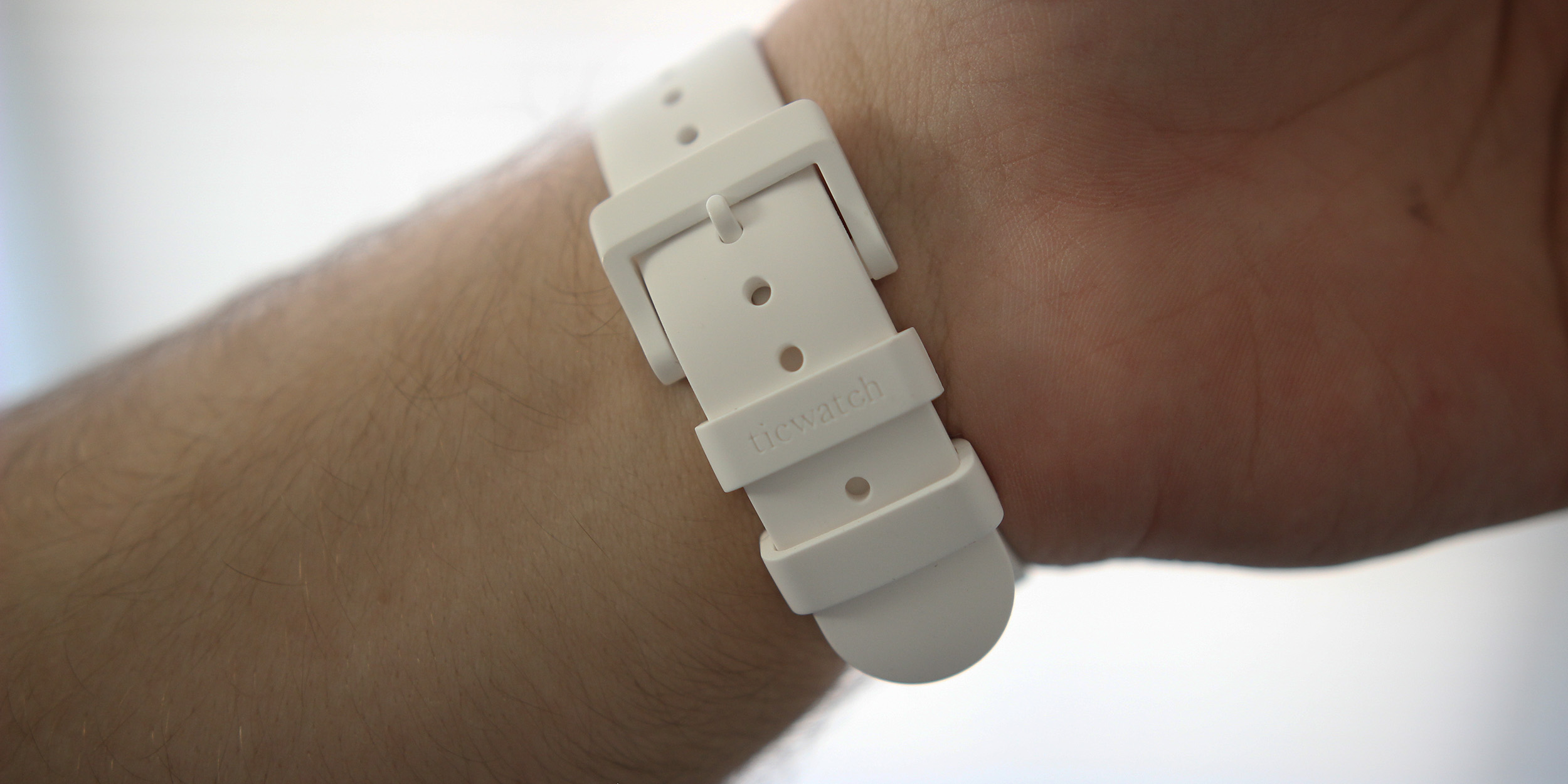 Smartwatch displays are pretty much either good or bad, and the Ticwatch E is thankfully a quite good one. The OLED panel has rich colors and brightness which is up to the task of outdoor viewing. However, this definitely isn’t the best you can get. It pales in comparison to Samsung’s Gear S3 and Gear Sport, but is still among the best in the Android Wear market. 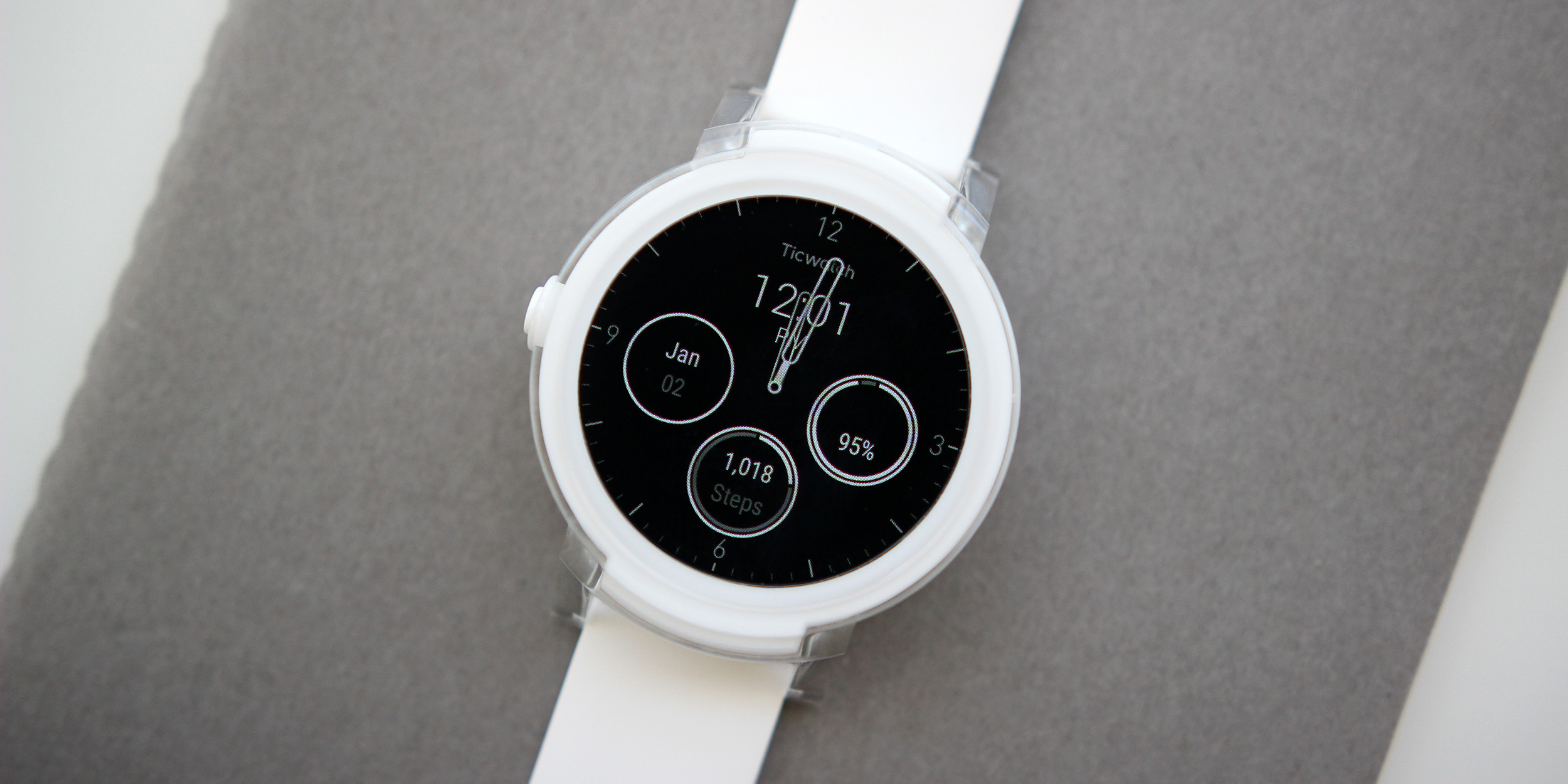 A day with ease, and a shockingly good charger

Battery life is another point of concern on smartwatches. In the past, we’ve had options like the Pebble that could easily make it through a week on a charge, and on the other end of the spectrum, there have been plenty of Android Wear watches that barely last a day.

Thankfully, the Ticwatch E hits a middle ground. In my testing, the watch could easily make it through an average day with around 20% capacity to spare, but it’s definitely not going to last two like the Ticwatch 2 could. That’s a tad disappointing, but when it does come time to charge, the included magnetic charger makes it easy.

Android Wear is still terrible, but at least it has apps and watchfaces

As I mentioned, Mobvoi decided to ditch its own OS for Android Wear on the Ticwatch E, and I have very mixed feelings about that. TicWear was unique in a lot of ways and got a ton right, but it also lacked big time when it came to apps and watchfaces.

Android Wear, on the other hand, has too many apps and watchfaces to choose from, but the OS itself isn’t as good as it once was. Android Wear’s 2.0 “upgrade” is widely disliked by a lot of people, despite having a lot of good aspects. Personally, I’m not a fan (hence the Gear S3 usually on my wrist), but it works fine on the Ticwatch E. 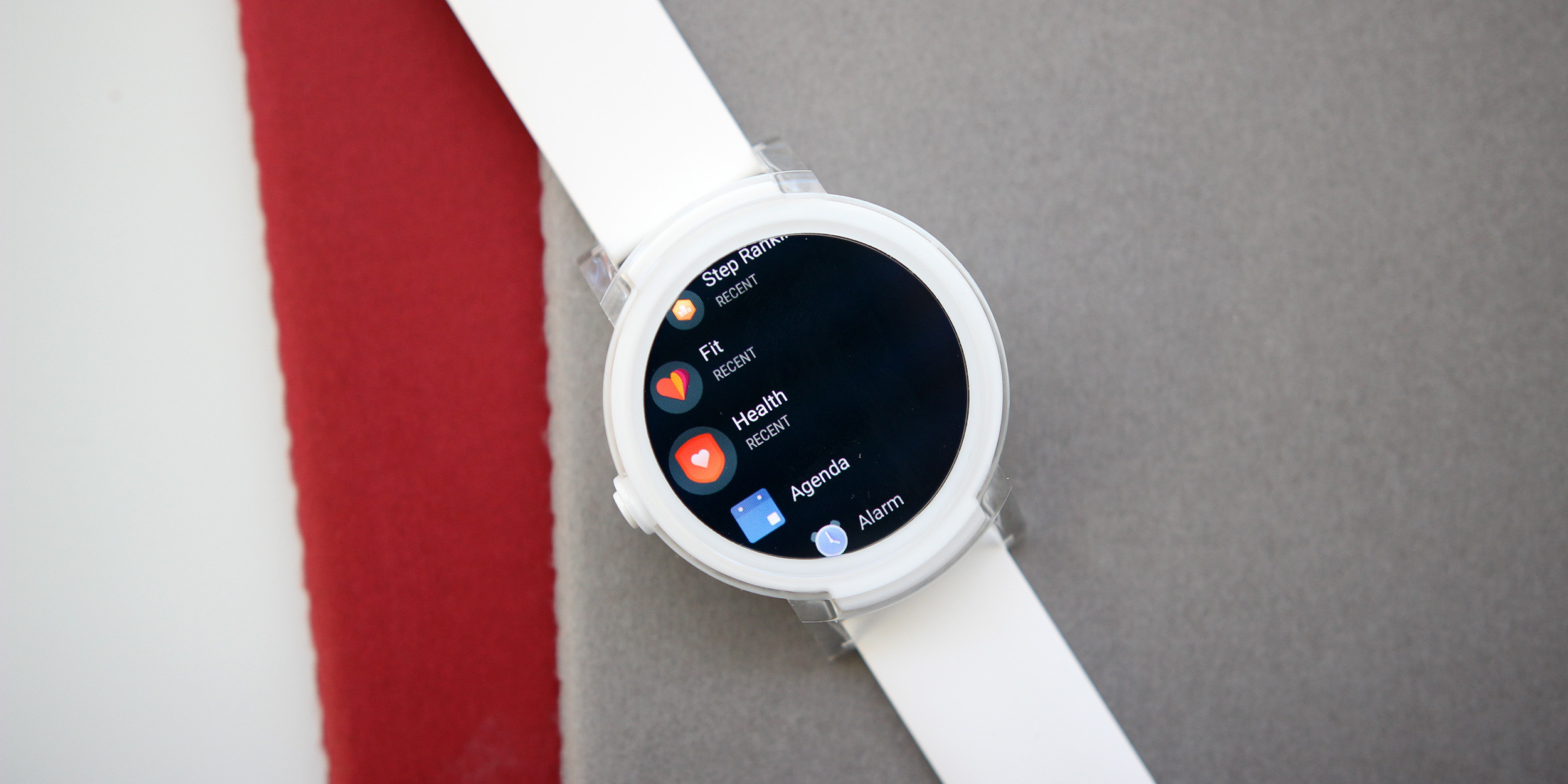 Even on MediaTek, this thing flies

One thing I have to commend Mobvoi on, though, is how fast the Ticwatch E is. Just about every Android Wear device today runs on top of the Snapdragon Wear 2100 processor, but the E bucks the trend and instead uses a MediaTek chipset. Despite that, it flies through Android Wear, feeling just as smooth and fluid as any other recently debuted Wear device.

Packaged like a $30 watch you’d buy at the store, not that that’s a bad thing

Packaging is often something we forget about with devices, but Mobvoi has done something a bit interesting here. Where most smartwatches are packaged like a phone, the Ticwatch E comes in a tin box like you’d find with a traditional watch. It’s not premium packaging, but it reminds you that you haven’t just bought a phone, but rather a timepiece, albeit a pretty inexpensive one. 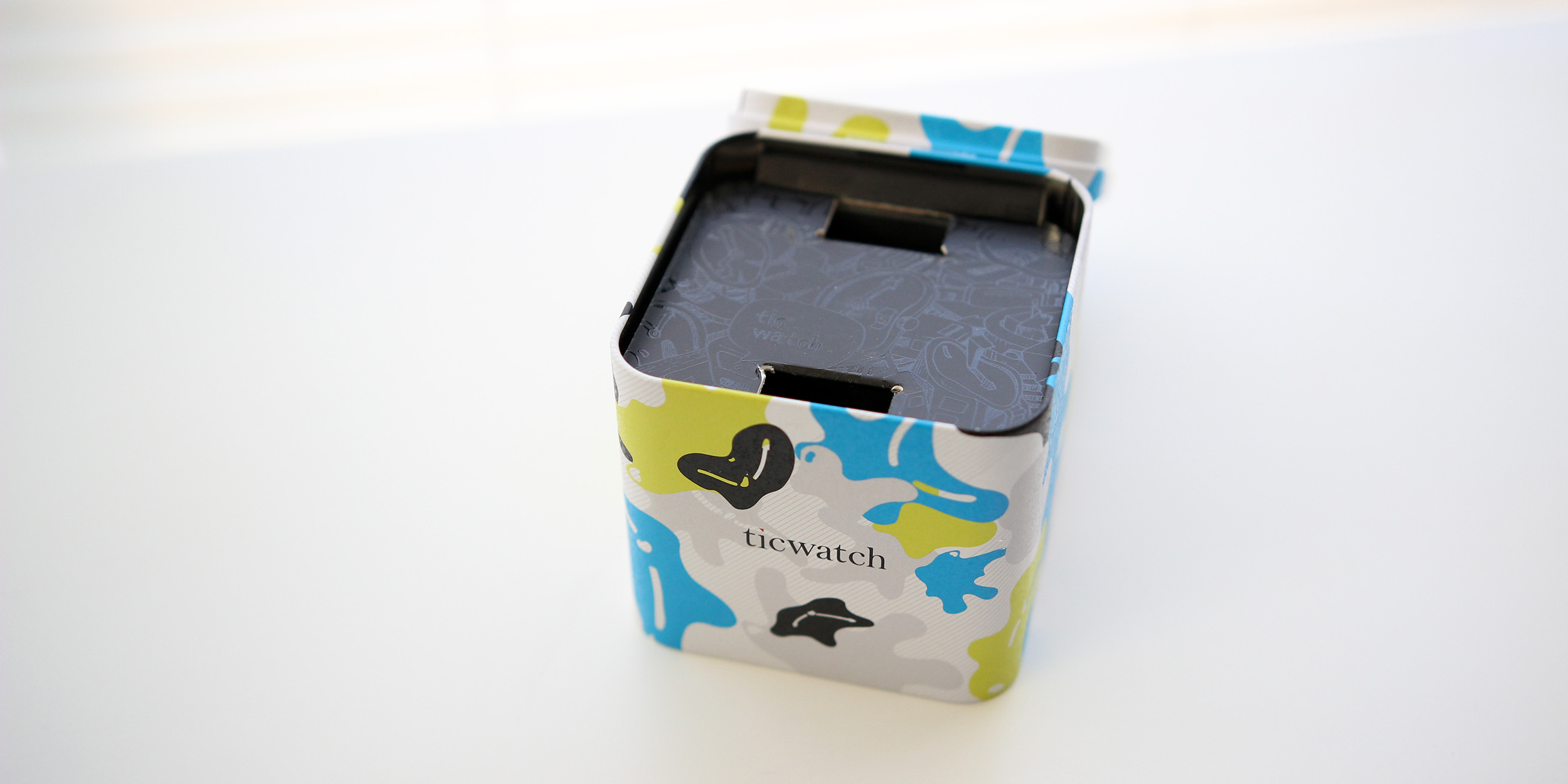 Android Wear is pretty much the same on every smartwatch, so it’s good to see OEMs using software to make slight changes. On the Ticwatch E, Mobvoi includes a few of its own apps to enhance the experience, specifically the fitness features. While personally, I’d rather use Google Fit to keep track of everything, Mobvoi’s apps give an extra option which is certainly appreciated, especially if your friends have an Apple Watch… 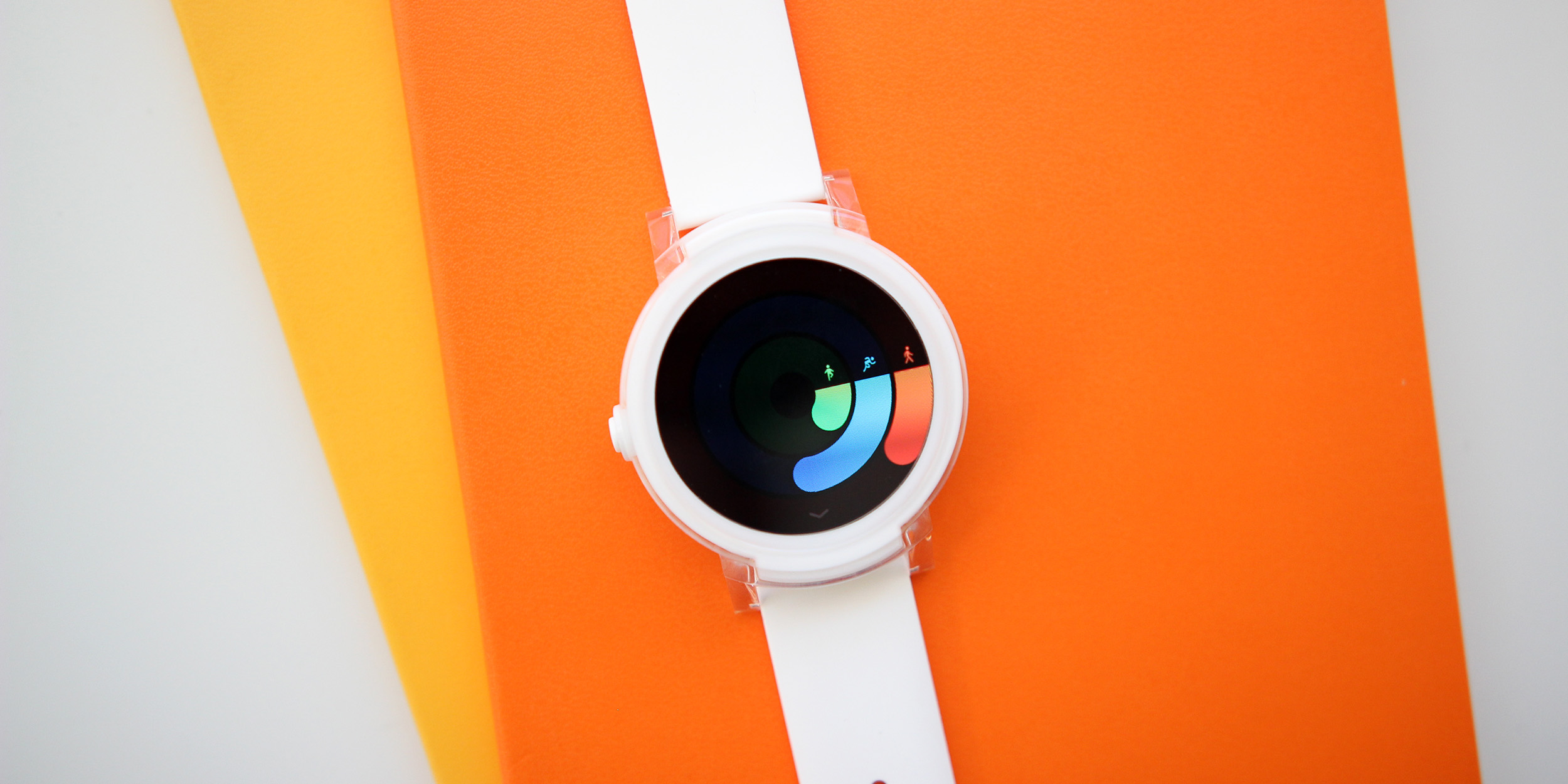 And speaking of fitness, it’s important to note that the Ticwatch E actually does include a heart rate monitor, something you won’t often find on a watch at this price point.

Overall, the Ticwatch E is a really good smartwatch. It’s not just great for its price, but rather, it can compete with pretty much any watch as a good option. However, when you factor in that $159 price point, this quickly becomes one of the best values on the market. The E is easily my pick for the best “bang for your buck” smartwatch, and if you catch it on sale, it’s even better…

PS: You can save $20 on the Ticwatch E by using the code OANOYU at this page to redeem a coupon code to be used at checkout.