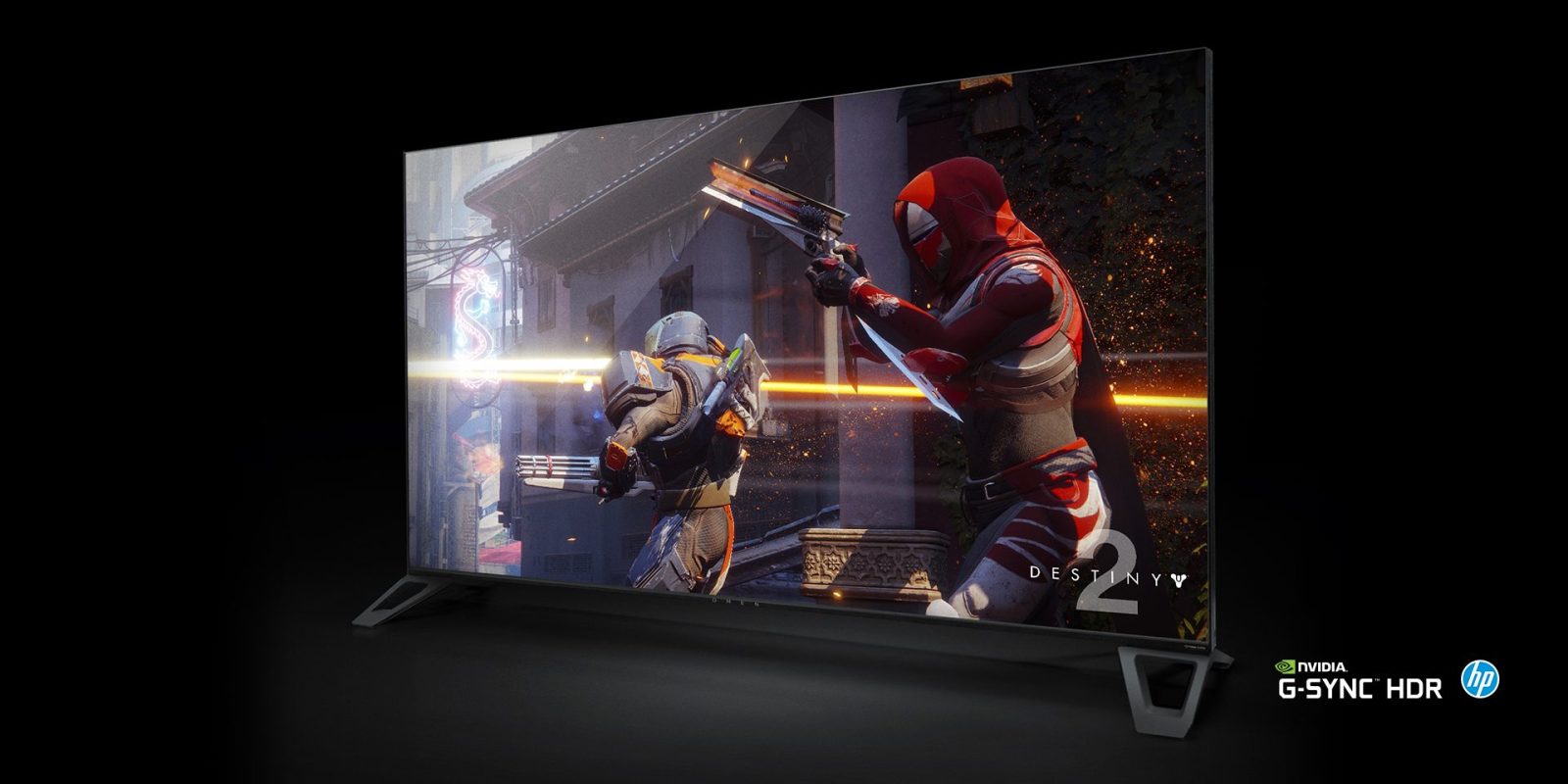 A 4K 65-inch High Dynamic Range panel is at the heart of the BFGD with a full-array direct backlight, 1,000-nit peak luminance, and DCI-P3 color gamut. Asus also notes that its ROG Swift PG65 model has a 178 degree wide-viewing angle. In terms of design, the display takes center stage with Acer, Asus, and HP only differentiating on the base.

A 120Hz refresh rate is powered by Nvidia’s G-Sync HDR technology, with ultra-low latency available “when gaming directly on the PC, Android, another console or using Nvidia GameStream technology from a desktop or laptop gaming PC.”

The BFGD is essentially also a smart television thanks to the integration of a Shield TV. Owners can switch between gaming and access other forms of entertainment through Android TV, with the Google Assistant also available to control media and other things like smart home appliances.

Pricing and other specifications are coming with “general availability” slated for this summer. They will be demoed by Nvidia, Asus, and HP at CES 2018 this week, so stay tuned for our hands-on.