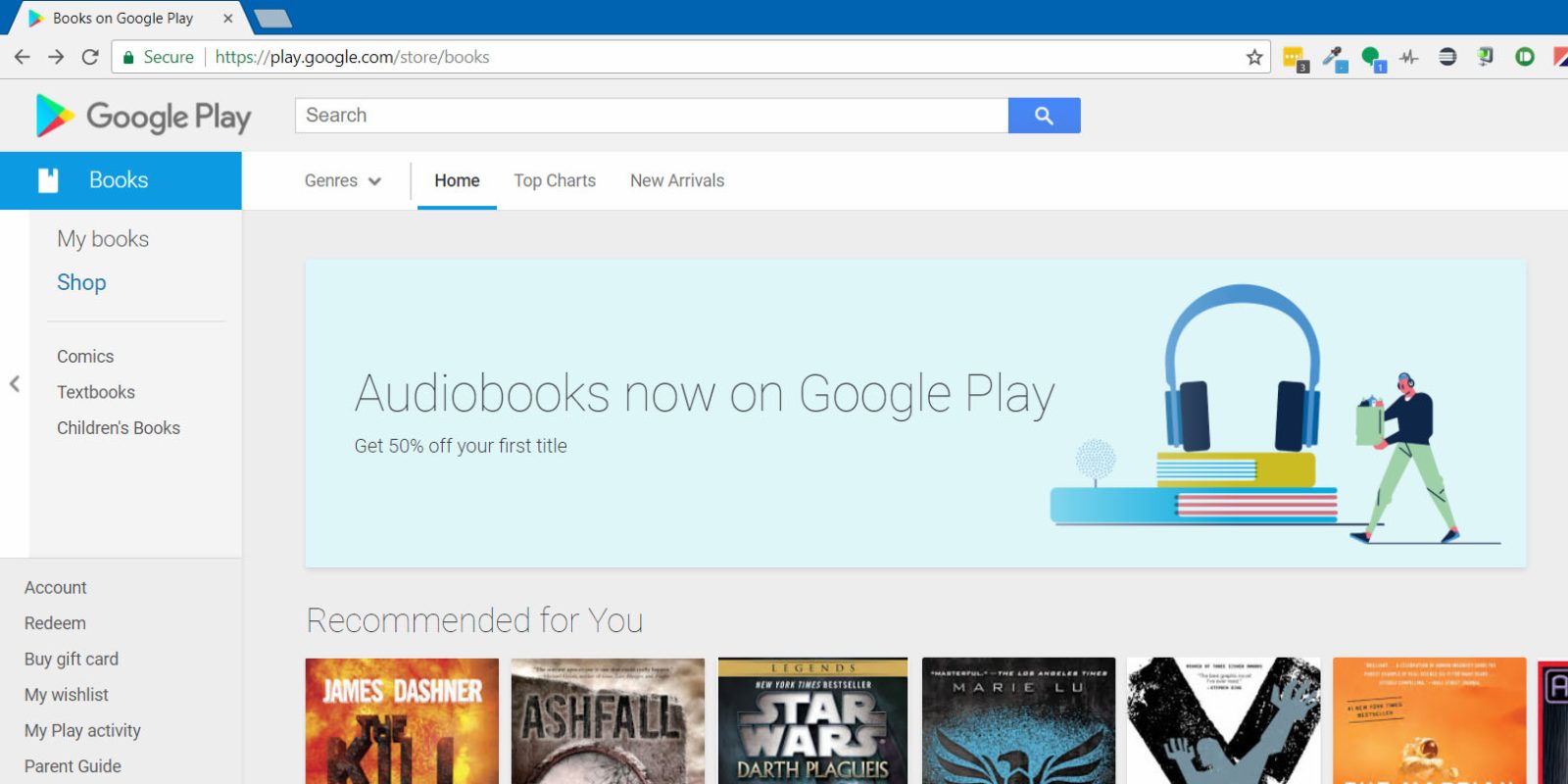 While most people think of Google Play as their center to download apps and games for their Android device, it’s a home for a lot of other content. That includes movies, TV shows, music, books, comics, and more. Now, though, it appears audiobooks are being added to that list.

Tonight a banner has appeared on Google Play for most users which simply states that audiobooks are now available on Google Play. At the time of publishing, that link doesn’t work and simply 404’s, but it seems to be appearing for all users both on the web and within the Google Play app on Android.

There’s no indication of when Google is actually planning to push audiobooks live in the store, but it definitely seems like it will be soon. To celebrate the arrival, Google’s banner also mentions a deal which takes 50% off the first audiobook you purchase.

Google Play’s music library does host a selection of audiobooks, but the implementation has always felt a little sloppy. Hopefully, having a specific hub for buying audiobooks on Play will help, but it remains to be seen how they will be accessed. For now, we’ll have to wait and see.