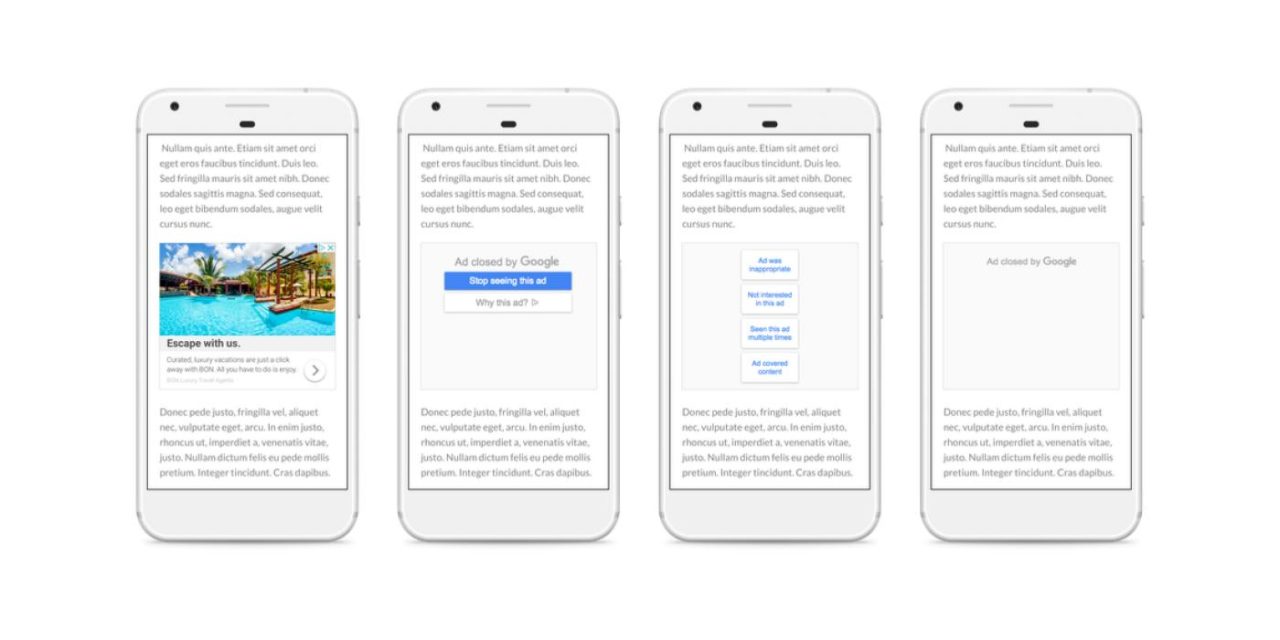 Given its role as a big player in online advertising, Google has long provided controls and transparency tools overs ads. Since 2009, these features have gone through several revamps and today are getting two new blocking features.

A common critique of ads today is their repetition. After looking at a product, many find that ads for it will “follow” them across the web, even after they are no longer interested in it or have already bought the item.

Google’s latest control allows users to “mute” these so called “reminder ads.” Under Ad Settings, a new tabbed interface displays the ones currently being targeted to you, as well as those that you’ve muted.

Today, we’re rolling out the ability to mute the reminder ads in apps and on websites that partner with us to show ads. We plan to expand this tool to control ads on YouTube, Search, and Gmail in the coming months.

The next update builds on the “Mute This Ad” or blocking feature first introduced in 2012. This feature is widely taken advantage of, with feedback used by Google to remove a million ads.

Millions of people use Mute this Ad on a daily basis, and in 2017, we received more than 5 billion pieces of feedback telling us that you mute ads that aren’t relevant. We incorporated that feedback by removing 1 million ads from our ad network based on your comments.

The blocking feature is now multi-device, with Google noting that an ad blocked on a smartphone will also be muted on a laptop, and vice versa. Meanwhile, muting will work in more apps and websites that have partnered with Google.

Both these settings and other controls, can be found under the recently revamped My Account page that is now mobile-optimized.