A few months before Google Fiber paused deployment at the end of 2016, it purchased point to point gigabit internet provider Webpass. Today, it surfaced that the acquisition is planning to pull out of its Boston market.

As reported by The Verge, Webpass recently delisted Boston as a market from its website. The company has since confirmed that it is no longer signing up new customers, while Alphabet’s Access division revealed its plan to “wind down Webpass operations in Boston.”

In a statement to the publication, Alphabet only notes that this decision was arrived upon after an evaluation and analysis of the Webpass business. Existing subscribers will see “no immediate impacts to their Webpass service,” with Alphabet working with “customers and partners to minimize disruption.”

Google Fiber has had a turbulent history in recent months, beginning in October of 2016 with the departure of CEO Craig Barratt. At that time, future deployment was paused, though Fiber reiterated that current service would continue.

Since then, Google has continued rolling out to existing cities and added new features. In December, Fiber launched in San Antonio with a rethought sole gigabit tier that dropped cable television for online streaming alternatives. 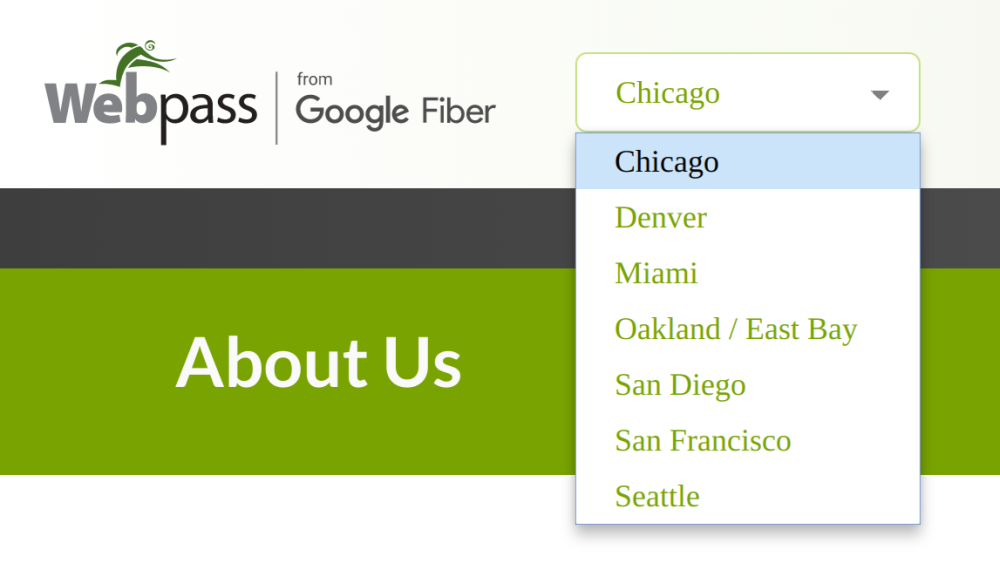 Meanwhile, in terms of leadership, Google Fiber hired and lost another CEO during that period, with Larry Page noting that Alphabet was still committed as of July 2017.

Today’s Access statement does point out a “strong subscriber response” in the seven remaining markets, including recent 2017 launches in Denver and Seattle.