YouTube’s 2017 was brutal on multiple fronts with the Google company already having announced several policy changes in response. The latest is related to news and government-funded YouTube channels that might not be immediately obvious to users.

Major tech companies and social media networks are still responding to the aftermath of the 2016 U.S. election and how their platforms were sometimes weaponized by foreign actors. One that has drawn ire in recent months is state-backed Russian news channel RT on Facebook and YouTube.

As a result, YouTube will add notices to videos “uploaded by news broadcasters that receive some level of government or public funding.” It will prominently appear below a video, but above the upload’s title. Featuring an info icon, it will include a link to Wikipedia so viewers can learn more about the news broadcaster.

Our goal is to equip users with additional information to help them better understand the sources of news content that they choose to watch on YouTube. 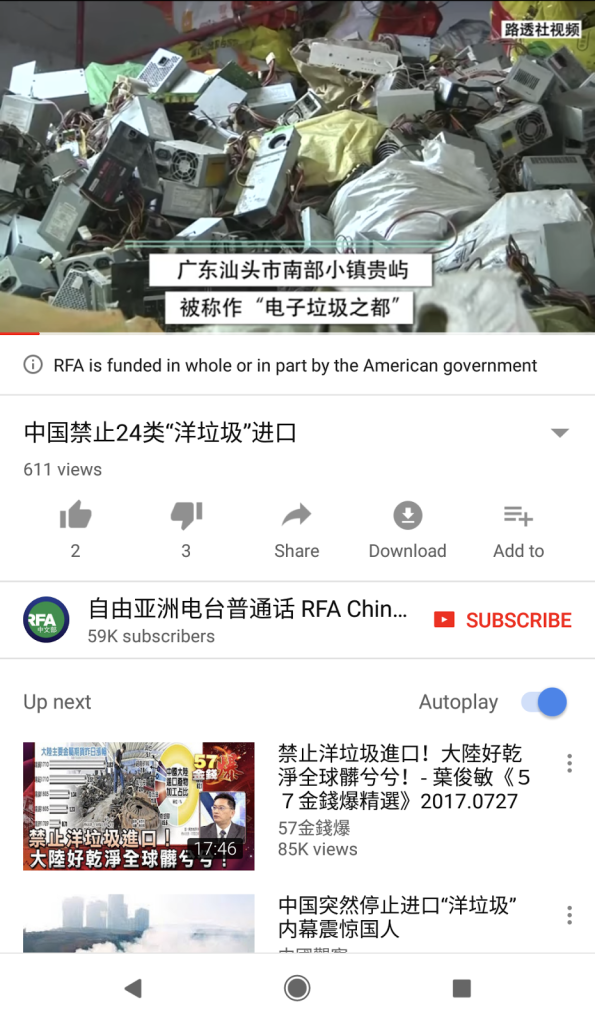 This new features builds on top of other changes to news on YouTube. In 2017, a “Breaking News” carousel was added to the home page after major events and a “Top News” shelf in search results “to highlight news from authoritative sources for news-related queries.” Those particular changes were in response to problems like fake news.

The state-backed labeling is rolling out starting today to U.S. users. YouTube doesn’t “expect it to be perfect” and as such is soliciting feedback, and will incorporate improvements and changes over time.