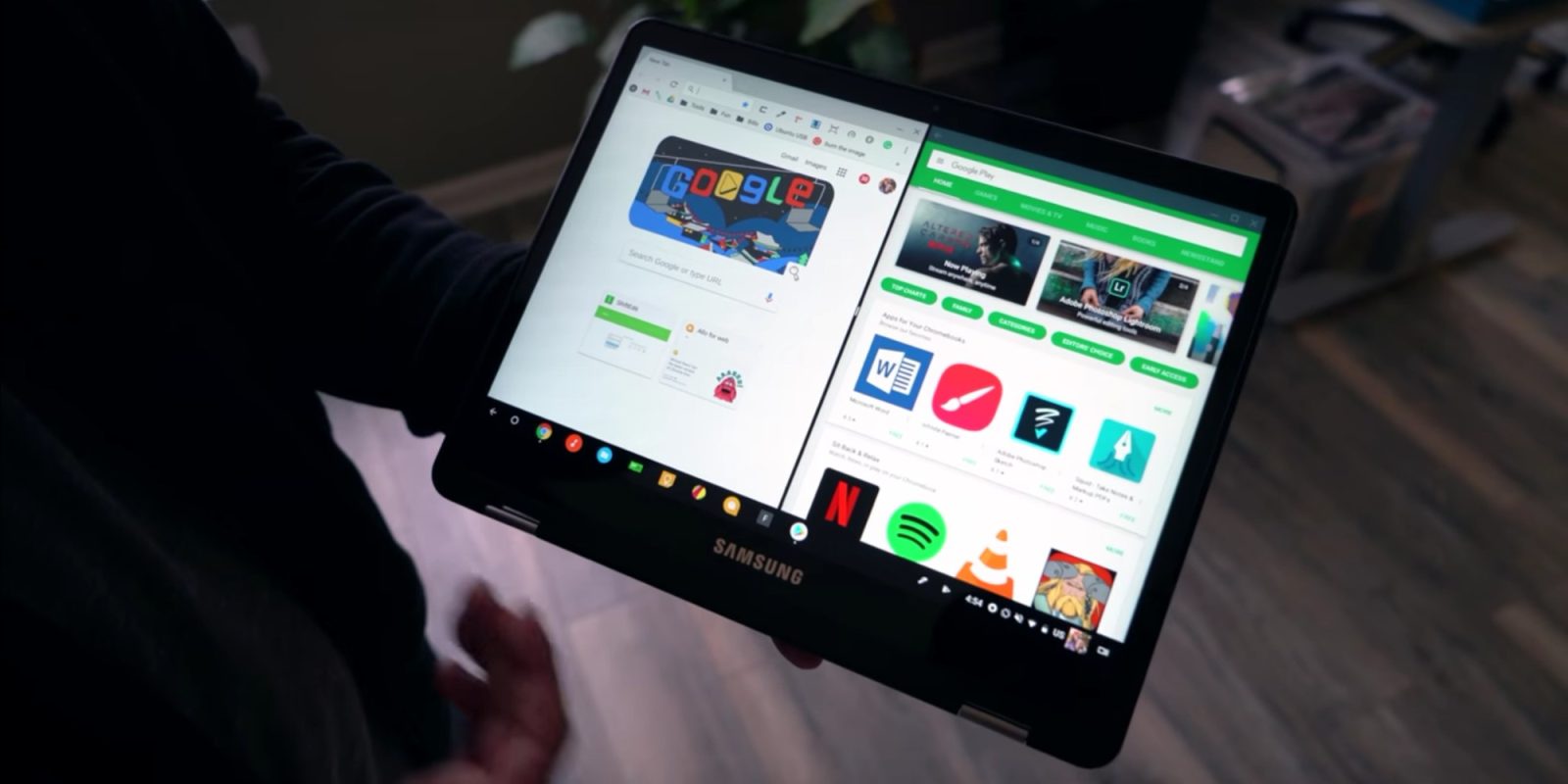 With Chrome OS potentially coming to tablet form-factors soon, it makes sense that Google will add features that enhance the Android apps experience. One way it will do this is by adding split-screen functionality for Android apps, which is now available in the Canary channel…

Right now, in Chrome OS, you can place Chrome windows and built-in apps like the calculator side-by-side. But if you try to do that with Android apps installed from the Play Store, it just doesn’t work.

As discovered by ChromeUnboxed, the Canary Chrome OS channel has recently been updated to allow Android apps in split-screen mode.

The way the feature works is pretty much identical to how most desktop operating systems work. Just drag and hold one app to the left or right side of the screen, and once it’s in place, you can place a second application on the other side.

Additionally, as you can see from the screenshot above, Android apps will work side-by-side with Chrome OS windows.

If you want to give this feature a try on your Chromebook, you will first need to put your device into Developer Mode and then join the Canary channel. As this will install pre-alpha software, we don’t recommend trying this. It will be best for most users to wait for the feature to hit one of the other Chrome OS channels.

You can check out ChromeUnboxed’s hands-on video with the split-screen functionality below.