How Google’s Homepage Doodles mark an event, not just for a day but for perpetuity 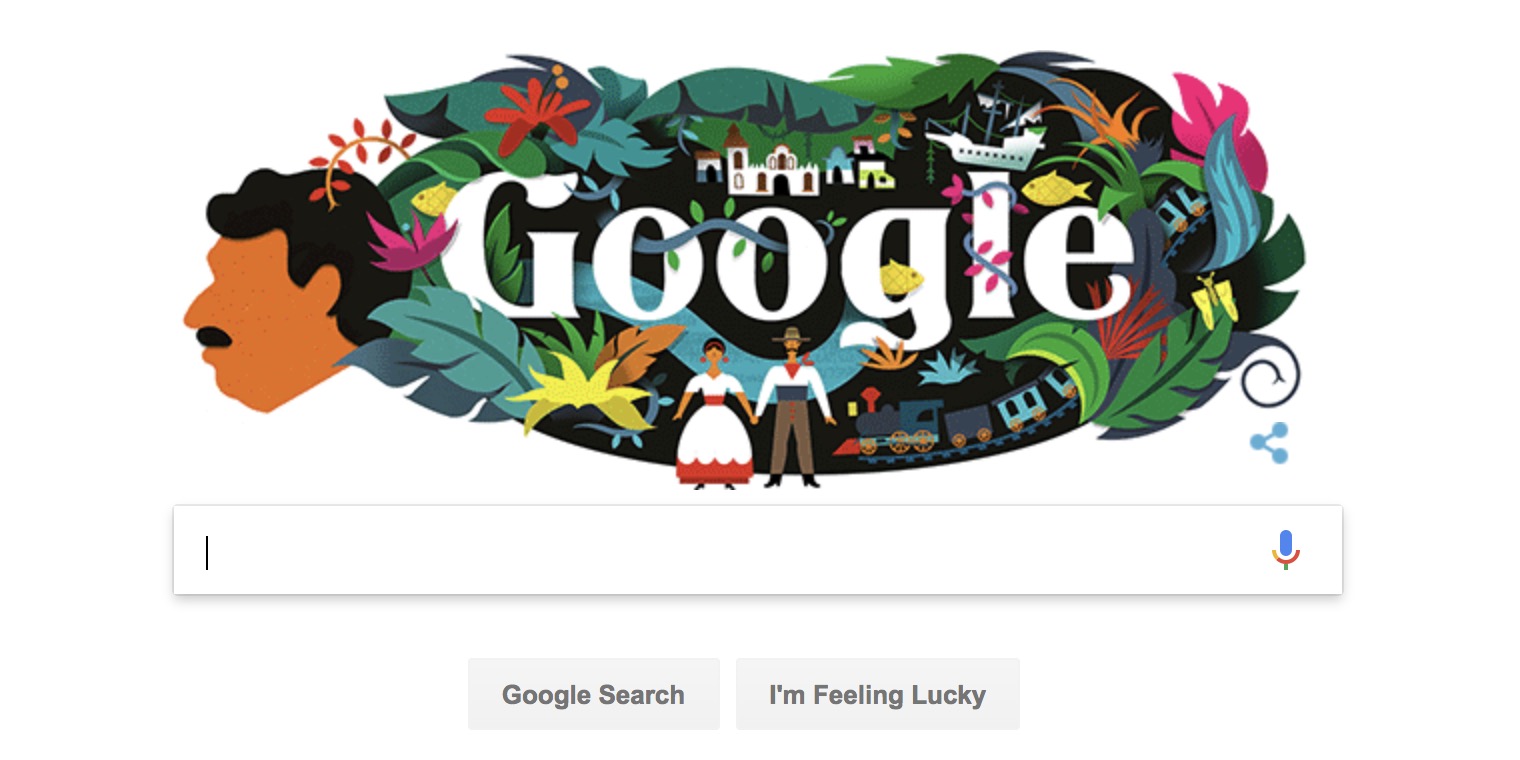 Everyone knows that Google’s search engine front page is a behemoth of a traffic driver even if it has lost a little traffic in the past several years since because every browser has turned the URL bar into the de facto search engine query box. That real estate on the homepage is still some of the most valuable space on the web and Google, still showing its quirky roots, more often than not, puts up a Google Doodle to mark the day.  But that doodle is fleeting — it only lasts the day on the homepage, shared throughout with world with other localized doodles and then is relegated to the archives.

But being a doodle for a day, because of Google’s great economic power to send clicks, however puts the subject matter all over the place in more permanent forms…

Today’s, celebrating Gabriel García Márquez, a Colombian Nobel Laureate, novelist, short-story writer, screenwriter and journalist, is a great example. Known as Gabo or Gabito throughout Latin America where his Spanish language work flourished. He is relatively unknown here in the US.

But look at the landing page being the Google Doodle has created in the US: 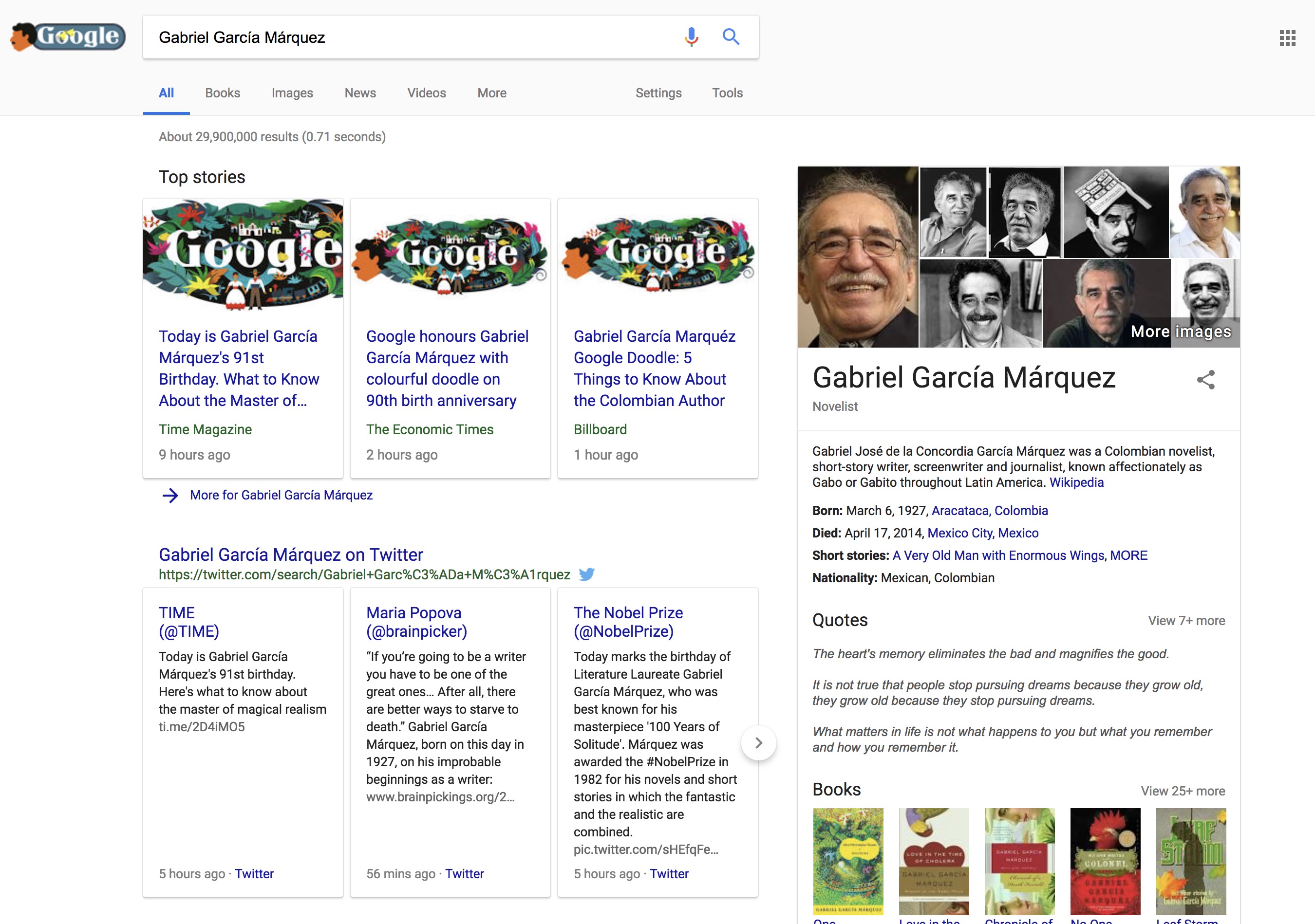 Just a few hours after the Doodle goes live, Time Magazine, the Economic Times of London and Billboard, along with tons of other news organizations, have shared Gabo’s story — at least partly in the hopes of hitting the top of Google’s doodle.

Gabo’s life and work is practically breaking news, being covered by much of the major media today, all in the hopes that Google will send some of its billions of users to the pages created just for Google. 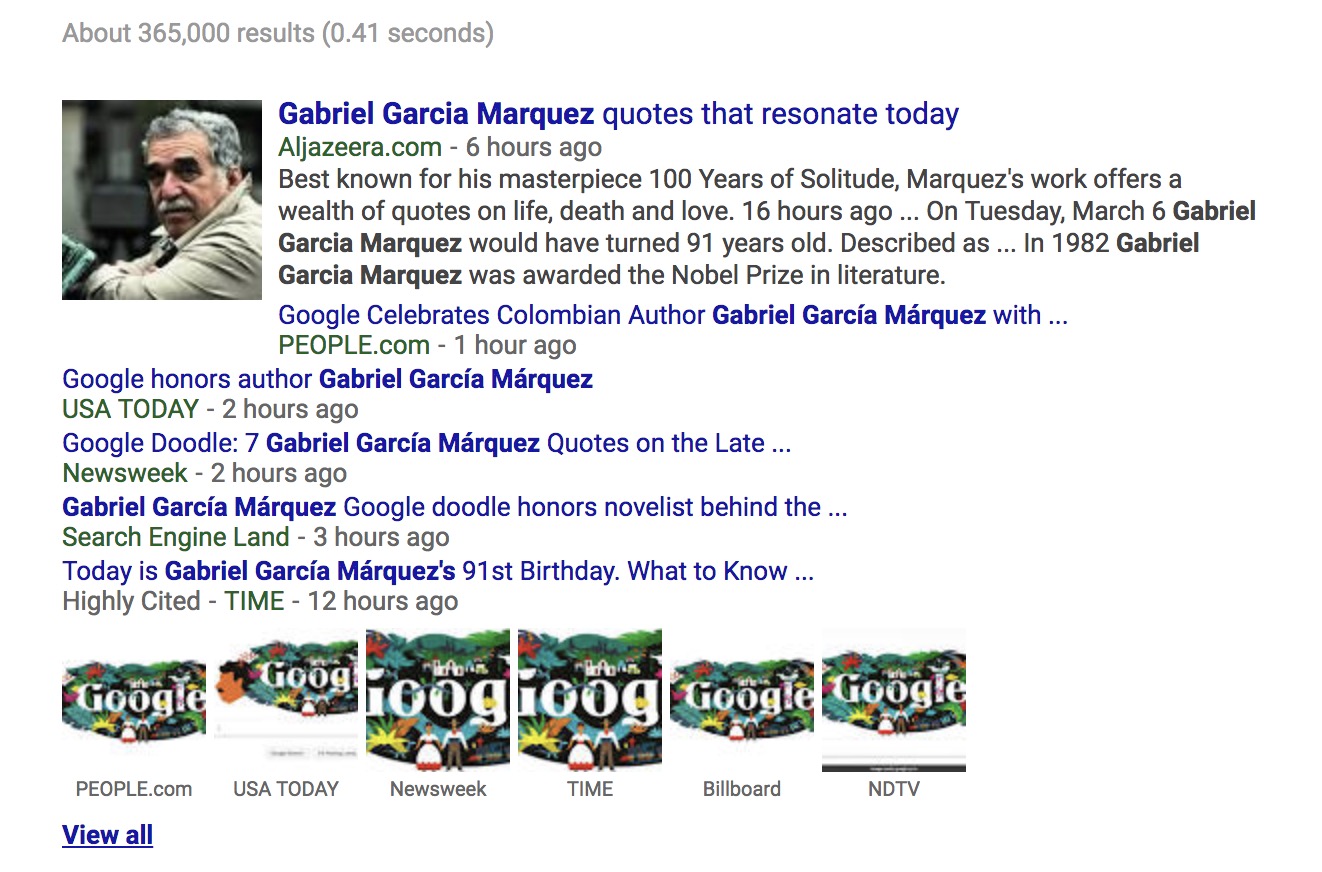 Those posts won’t disappear at the end of the day. They will be a part of the sites long after the doodle is gone as kind of a shrine to the subject matter. In addition, many people who aren’t looking at Google’s homepage but are looking at the sites that are carrying news will learn about Gabo. In that way, the Google Doodle has more permanence.

So, something that seems to be simply a nice piece of art is actually much more. While Google has lately suffered significant controversy over some aspects of its control of thoughts on the web, this influence seems to be one that’s positive. With every doodle, the company is unifying the web around a cause, person, or event that has shaped the human condition.