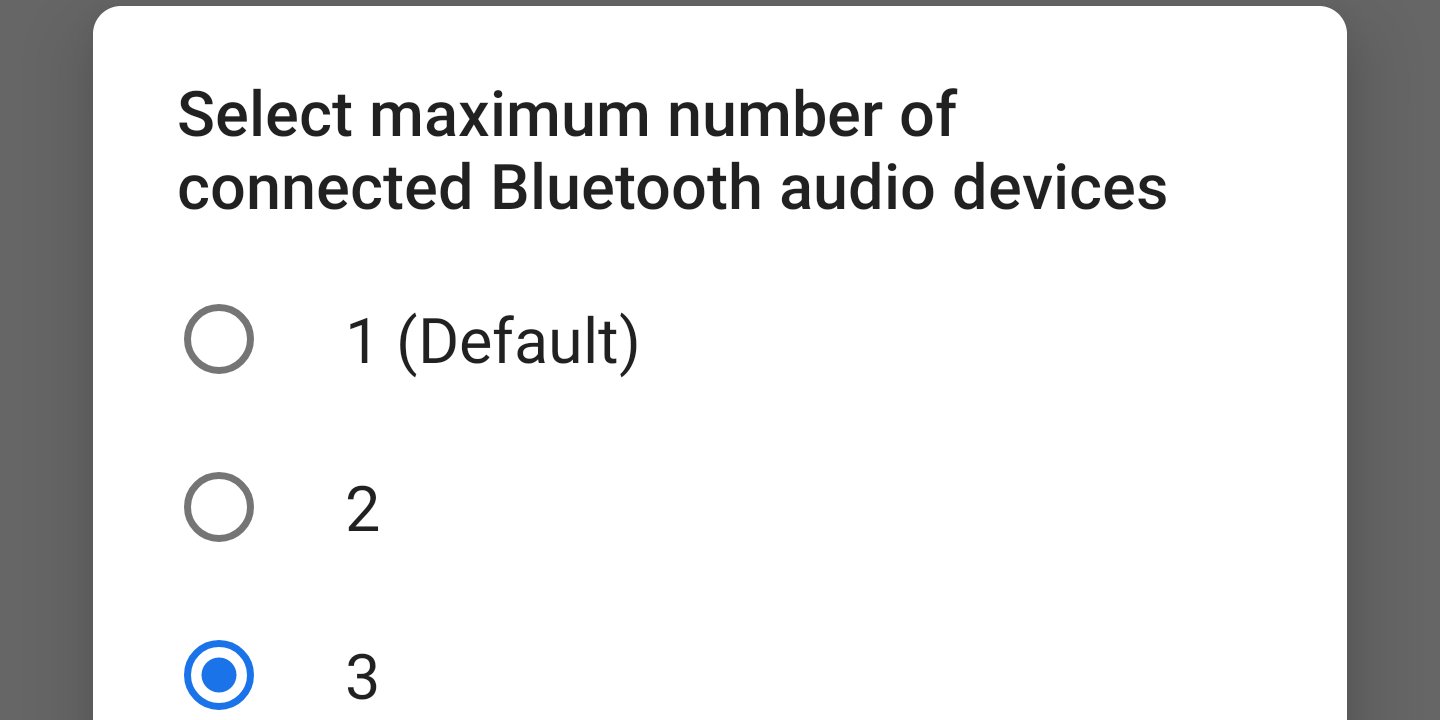 Bluetooth’s functionality works hand-in-hand with software, and with Android P, Google is potentially bringing some big upgrades to this functionality.

Hidden within the developer options of the first Android P preview is a setting that allows you to adjust the maximum number of Bluetooth audio devices that can be connected to your phone at any given time. By default, it’s set to one. However, once you’ve enabled developer options, you can adjust this setting all the way up to 5.

Obviously, there are not going to be instances very often where you’ll even want to connect 5 different devices to your smartphone at a single time, but it could come in handy with the new media output setting we found yesterday. So far, it doesn’t appear that you’ll be able to stream to multiple devices at once, but that could come later. After all, Bluetooth 5.0 is capable of it.

So far, I haven’t been able to get this feature working, but we’re only in the first preview of Android P anyway, so it’ll probably work in later versions. 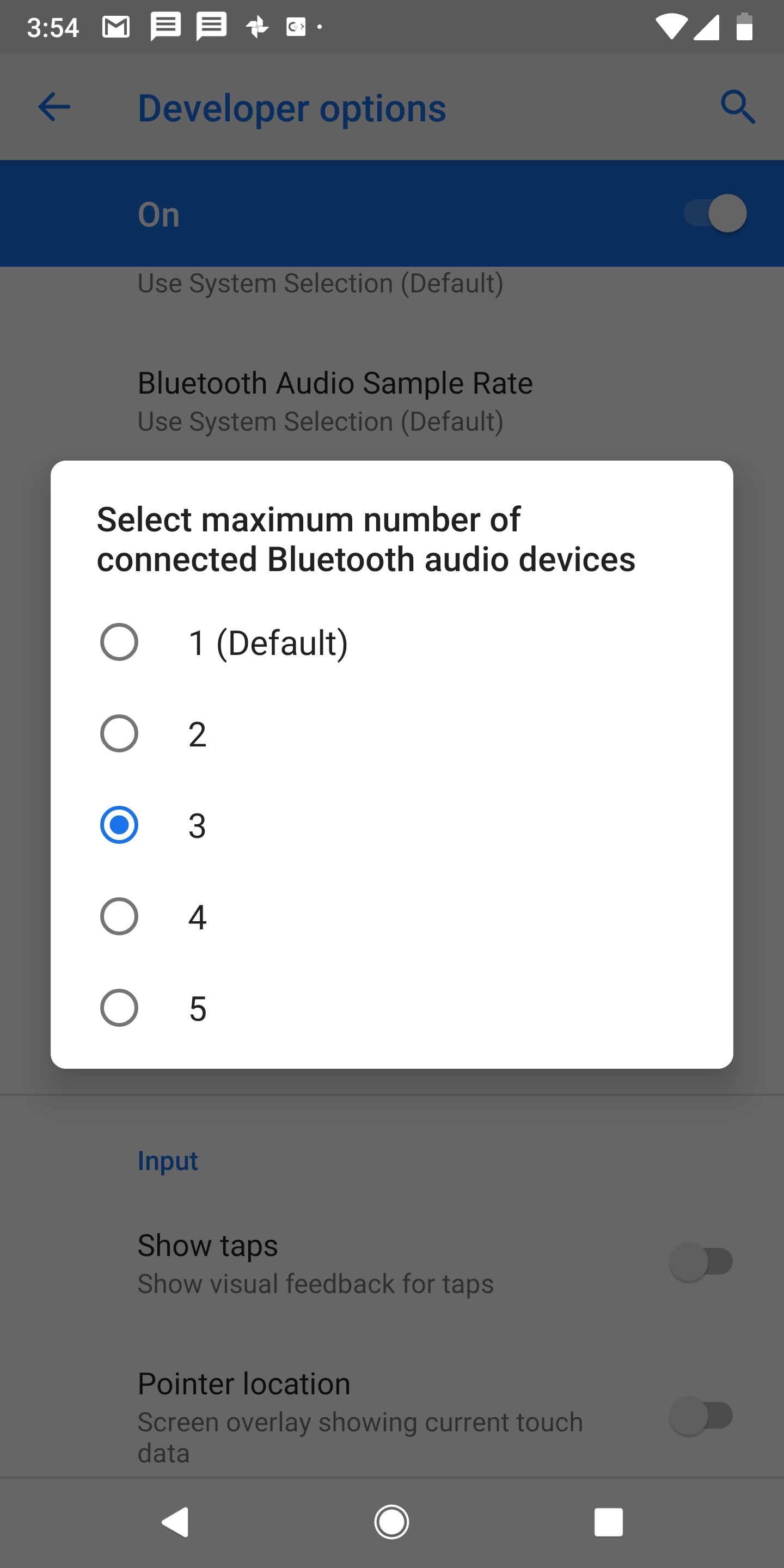 We’re still digging through Android P to show you everything that’s new. If you want to give it a try yourself, we’ve got a handy tutorial detailing how to install it.