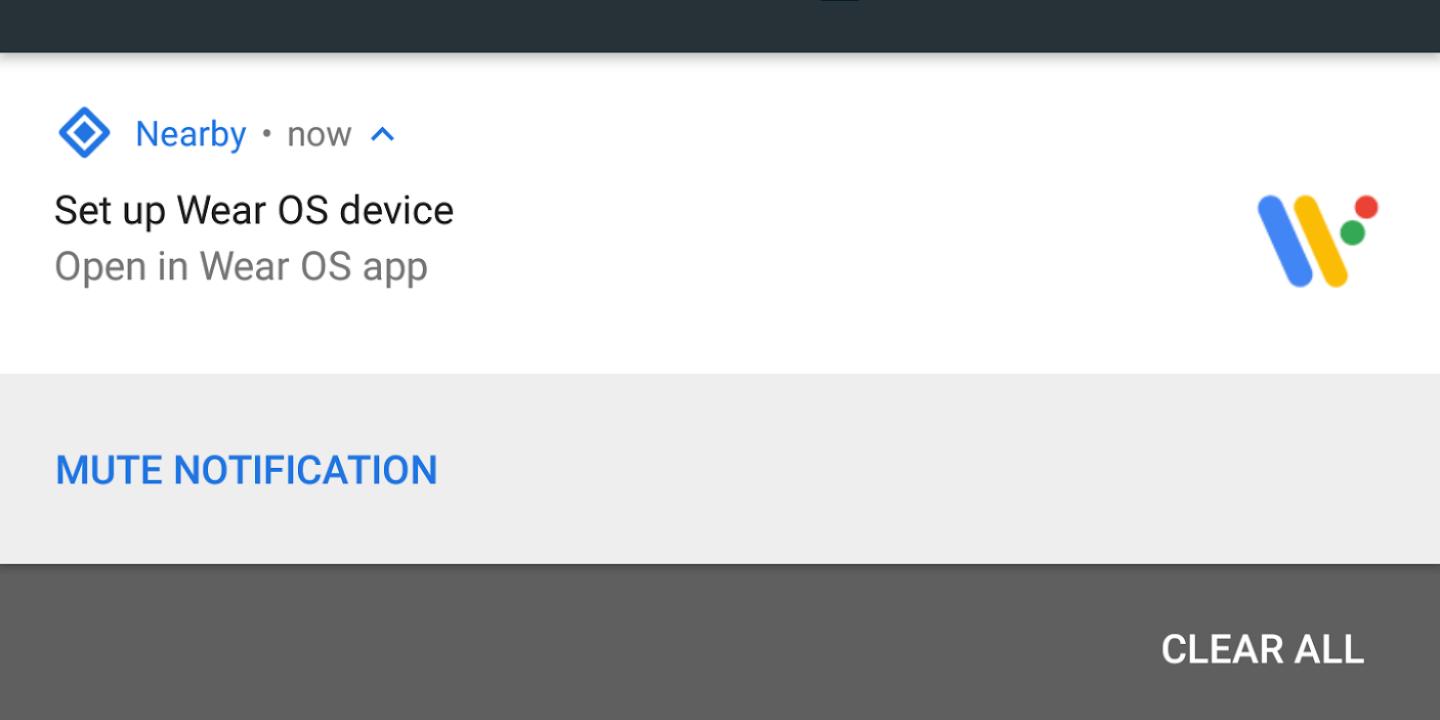 This new name was first spotted by a Reddit user (via Android Police) who received a pairing notification that features the new name and Assistant-like logo.

That notification was generated by Google Play services, specifically the Nearby functionality that “helps you find and interact with services and devices close to you.” With Android Wear, it alerts users to the fact that there is a watch near them that can be paired. Tapping opens the Android Wear companion app or the Play Store listing, if it’s not installed.

On version 11.9.75 (the last stable) and 12.2 (the current stable rolling out), the Nearby notification still refers to watches as Android Wear.

With version 12.4 from this week’s Android P Developer Preview, devices are refered to with the new “Wear OS” name but the current logo.

However, on version 12.5 — the latest beta — both the new name and logo are in use. The logo is quite abstract and portrays a ‘W’ with the four Google colors and pairs of slashes and dots. Recently, another Play services beta featured the new Google Pay branding long before the revamped app launched.

This possible new direction for Android Wear is similar to how Android Pay was recently rebranded to Google Pay in a move that generalized the company’s services by no longer associating them with Android.

For the wearable platform, the new name makes sense as Wear watches have long been compatible with iOS. The rebrand might be an attempt to broaden the appeal of Google’s smartwatches by dropping any confusion that it only works with Android devices.

What do you think of this possible new branding? Will it help boost Google’s smartwatches? Be sure to sound off in the comments below.