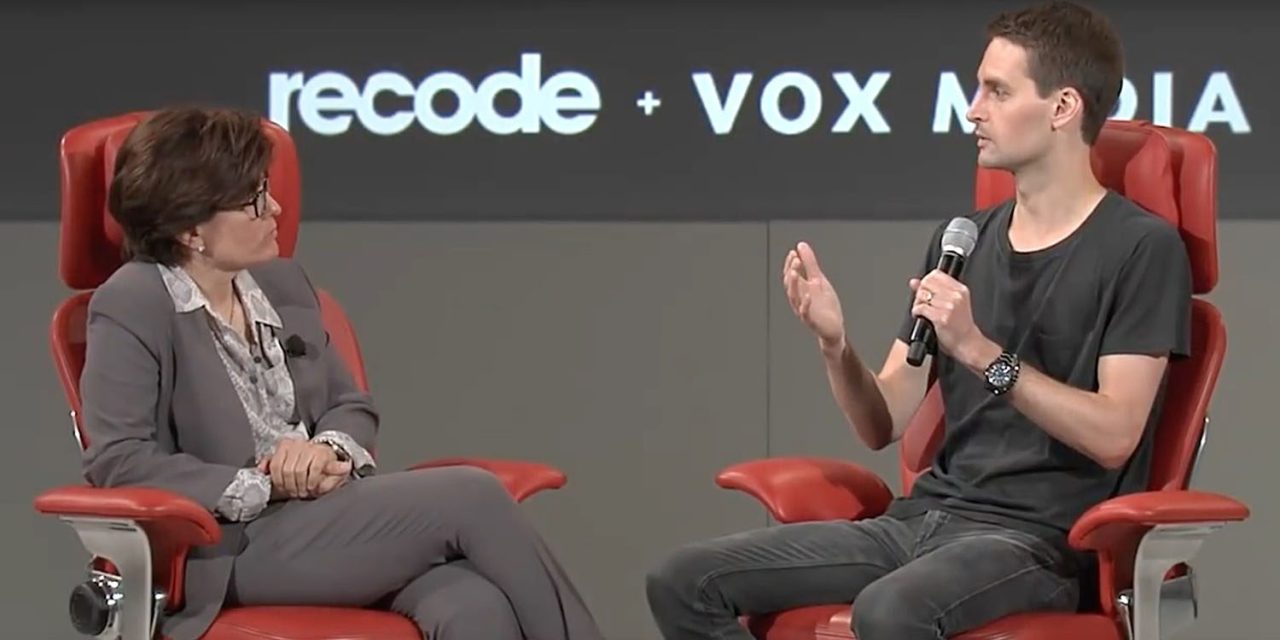 Snap CEO Evan Spiegel has continued to defend the unpopular redesign of the Snapchat app, despite the billion dollars it wiped off the company’s market value.

While CNET reports Spiegel saying he has ‘learned’ from negative reactions to the redesign, it’s not necessarily the lesson some might have wished for.

The more important thing for us is building that muscle of not putting numbers before doing the right thing.

Snap’s CEO commented on Facebook’s copying of Snapchat features, reports Re/code, saying that it was ‘flattering’ but showed that the social network was threatened.

“Snapchat is not just a bunch of features, it has an underlying philosophy that really runs counter to traditional social media,” Spiegel said Tuesday at Recode’s annual Code Conference in Ranchos Palos Verdes, Calif. “I think that’s why traditional social media feels threatened. Because fundamentally people realize that competing with their friends for ‘Likes’ and attention is kind of unpleasant and really not that great.”

Spiegel also said there was one Snapchat feature he really wished Facebook would copy.

We’d really appreciate it if they copied our data protection too.

Snap is planning to copy one Facebook feature: reportedly working on a ‘Login with Snapchat‘ option for third-party apps.

You can watch the full 40-minute interview below.