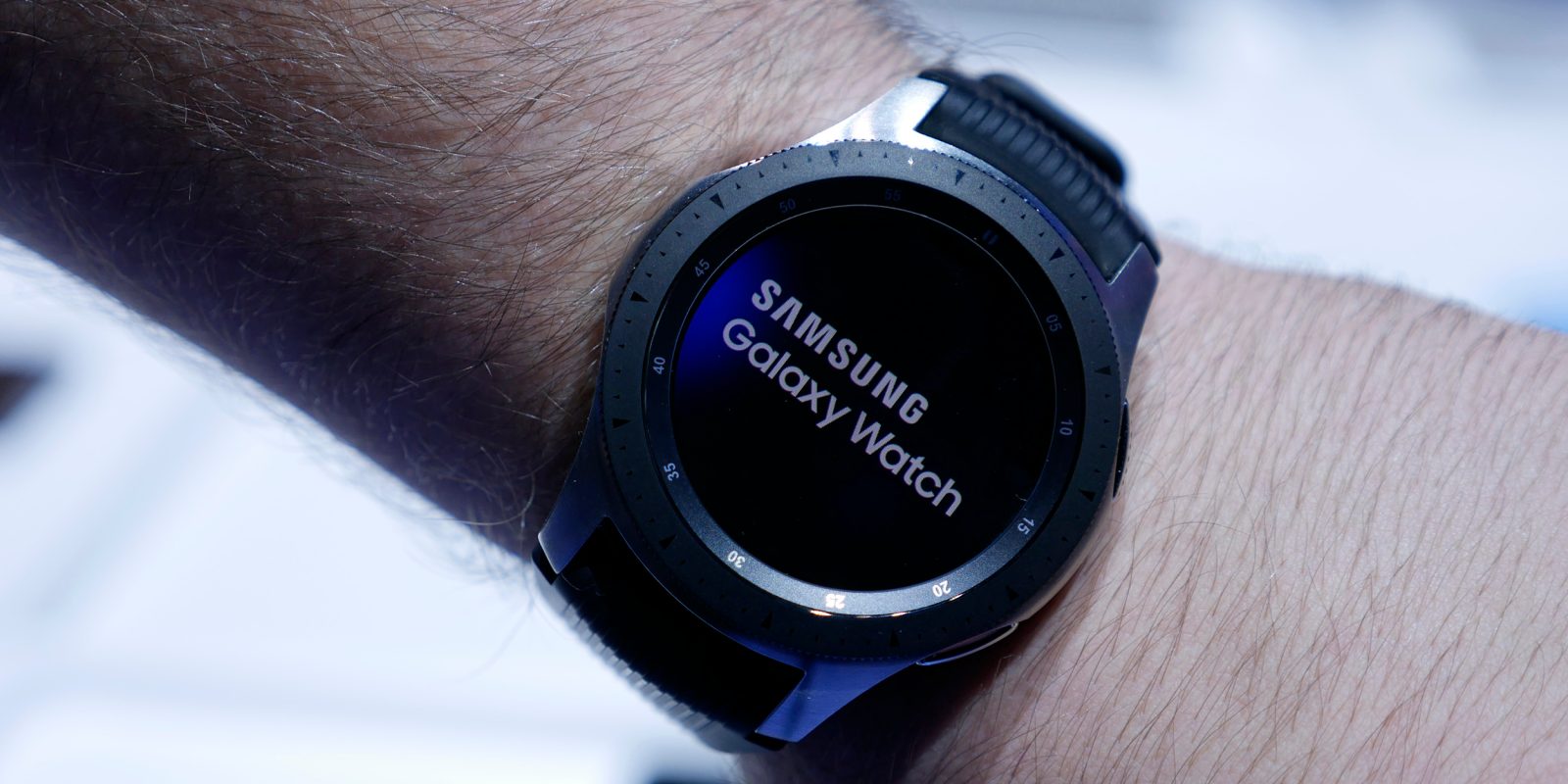 For the past few years, there’s almost always been a smartwatch on my wrist. After Google’s Android Wear, now Wear OS, got boring though, I ended up switching camps for Samsung’s wearable lineup. Recently I’ve gone back to Wear OS, but now the Galaxy Watch might have me headed back.

Now, the Galaxy Watch is official. Like the Gear lineup, this device runs atop Samsung’s Tizen operating system, and it shares a lot in common with the Gear S3 and Gear Sport that came before it, and those are watches I’ve said multiple times are some of the best you can get with an Android phone. However, there’s one thing here that will almost definitely have me moving back to Samsung full-time – if it lives up to its claims, of course.

Samsung says that its latest wearables will be able to get up to 6 days of battery life on a single charge. No tricks, no fuss, just a near-week of use without worrying about charging. That’s on the larger 46mm option though, while the 42mm variant lands at 4 days. Either way, that’s endurance that’s unprecented on a proper smartwatch. Even Mobvoi’s Ticwatch Pro can’t get past two days on a charge with standard usage, and in that case we’ve gone as far as literally adding another display for better efficiency.

How did Samsung manage it? The company says that an “optimized processor” is the key to this, as well as removing MST for Samsung Pay (NFC is still around). There’s no Qualcomm chipset here, but instead a custom chipset built by Samsung. Of course, there are caveats here. Samsung says that users will get these totals based on “standard” usage, which mainly consists of checking the time and notifications. If you’re using apps or interacting with the watch fairly often, you may see notably lower totals. Regardless, things still look incredibly promising here.

As for the watch itself, the Galaxy Watch continues Samsung’s trend of simple, but great watches. The same rotating bezel is here and it’s as clicky and satisfying as ever, and the OLED display on either device is sharp and bright. I also love that Samsung is finally using standard Qi charging on this watch instead of the modified version found on Gear devices. 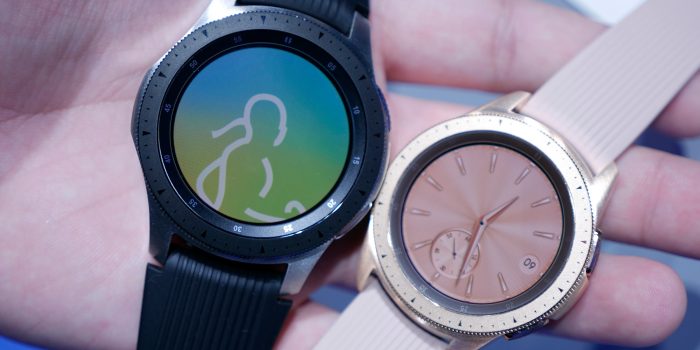 A big question I’ve seen also regards the size of these two models. The larger 46mm model, to me, feels about the same as the Gear Sport, but perhaps a little closer to the Gear S3. It’s not too chunky or larger if you ask me, but those with smaller wrists need not apply. As for the 42mm, well, it’s definitely smaller. This isn’t the small wrist savior or anything, but you’re getting a more compact design here that still looks good and doesn’t sacrifice too much.

At $329 and up, the Galaxy Watch doesn’t seem like too much of a tough sell to me. It’s still not for everyone, but when most smartwatches are full of compromises, this watch just looks excellent.