After months of anticipation, Fornite finally arrived on Android this week, and now, it’s open to everyone with an invite. However, the biggest controversy surrounding the game so far has been its APK distribution and how that would open users up to security risks. Thankfully, Epic has a small reminder in the game to help avoid that.

To quickly recap, Epic Games has decided to distribute Fortnite as an APK download on its website rather than going through the Google Play Store. This is an unusual move, as the Play Store not only gives the vast Android ecosystem an easy download of the game, but also because APK installs are generally frowned upon because of security risks. Epic made this move to avoid Google’s 30% cut on in-app purchases, and many have looked down on the decision.

However, to help users keep their devices protected, Epic has added a useful reminder to the installer application. When you sideload the Fortnite APK, a notification comes through a minute or so after install reminding you that, to install the app, you’ve allowed installation from unknown sources. Clicking on that notification then brings you to the setting to block those installations once again.

This doesn’t fix the flaws in Epic’s distribution method, obviously, but it’s definitely going to make a dent in the number of users who find themselves at risk because of non-Play Store installs. For once, I can commend Epic on a good move with this game. 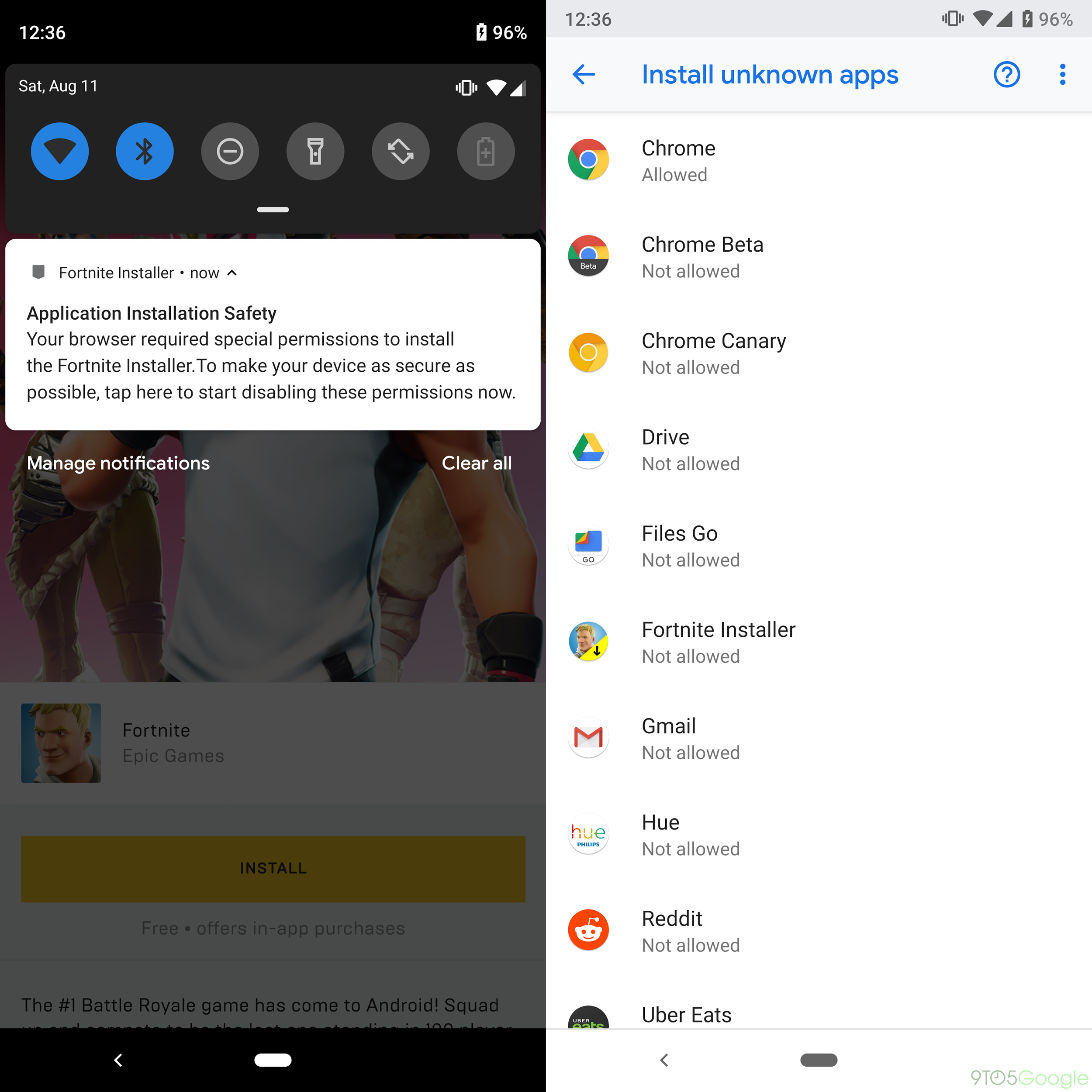