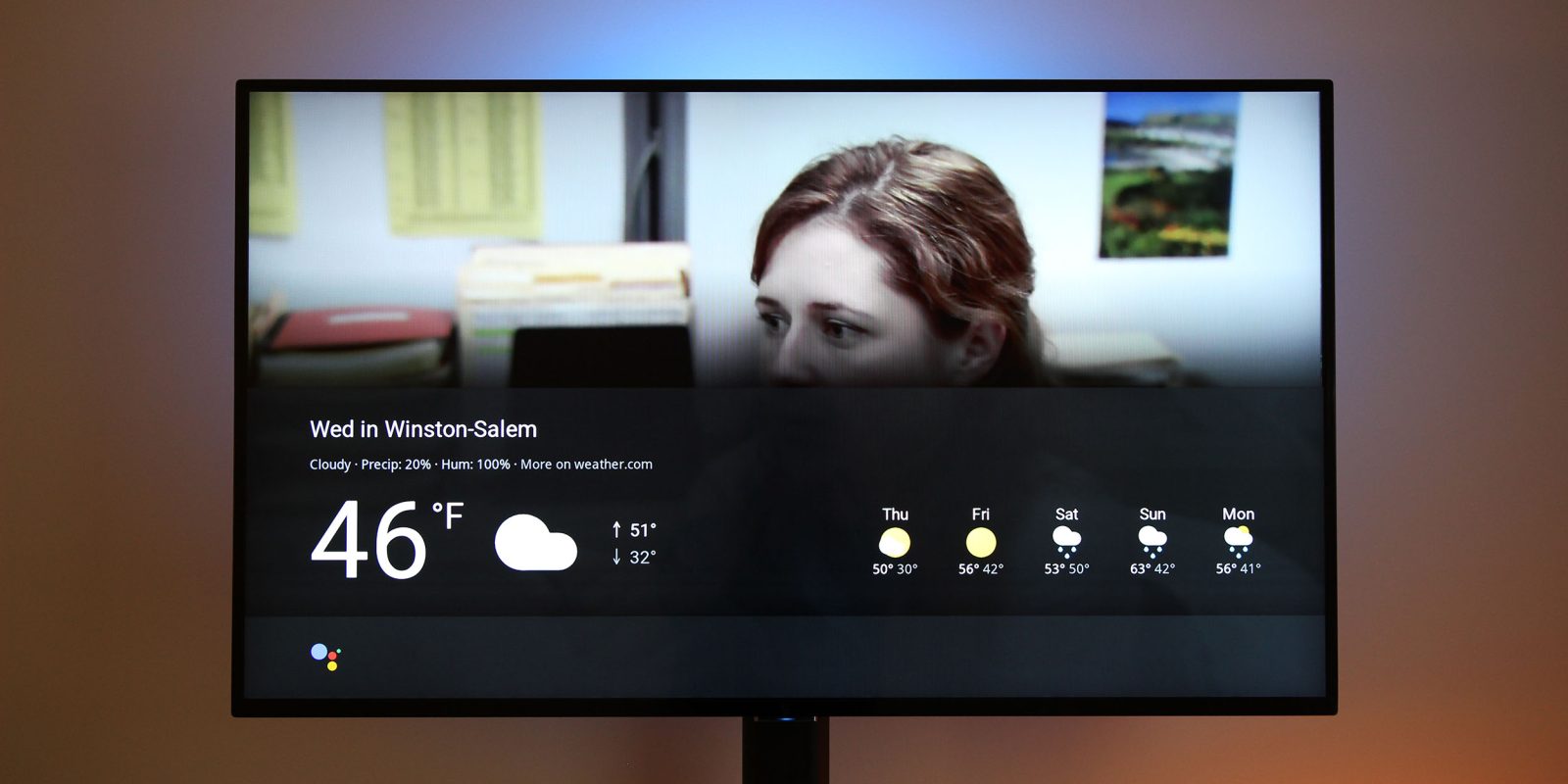 Earlier this year, Google Home began visualizing responses to certain queries when connected to a television via Chromecast. Google Assistant is now expanding the number of visual responses that will be overlaid on a big screen, while making voice Casting more seamless.

Back in February, asking “Hey Google, show me the weather on my TV” started overlaying a forecast on the bottom half of your screen. It includes the current location, temperature, condition, highs/lows, chance or precipitation, and humidity, as well as a five-day outlook. Visuals to complement voice commands was first announced at I/O 2017.

Another visualization later that month displayed a list of YouTube videos for easier browsing and selection via voice. Overlays appear on both the Ambient Mode and whatever content you happen to be Casting. It will disappear after Home finishes responding or in a few seconds when displaying over wallpaper.

Google at IFA 2018 is announcing visual responses for more types of queries, including sports scores, stocks, and others that benefit from a visual aid due to the amount of information being conveyed. When Voice Match is enabled, Assistant can provide personalized answers for you, like Calendar appointments. 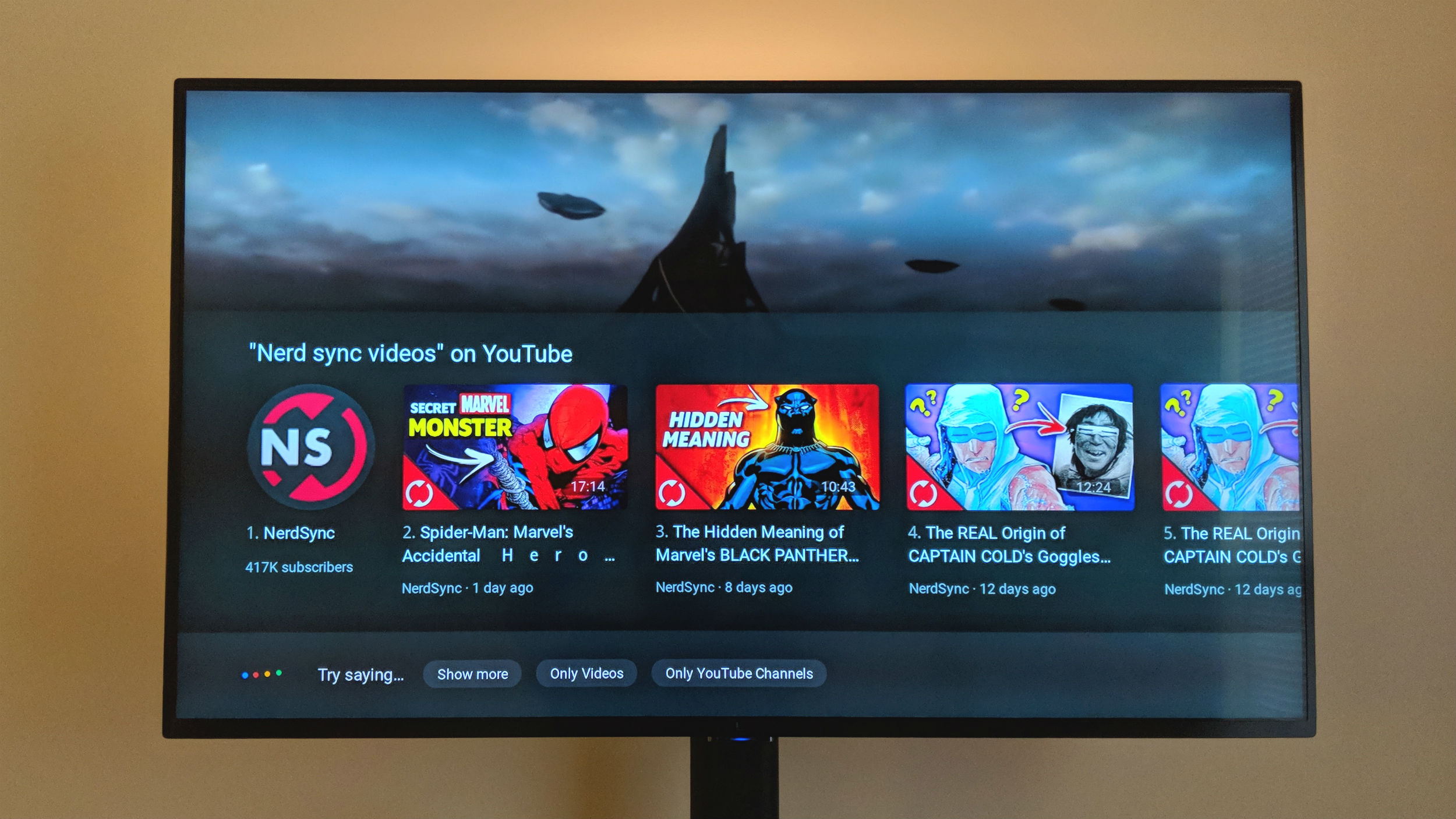