Razer’s first Android smartphone was announced less than a year ago and today, the company has confirmed when its successor, the Razer Phone 2, will launch – October 10th.

Just this week, the first leaked image of the Razer Phone 2 hit the web, revealing a design nearly identical to the original. In that image, we noted the October 10th date as a teaser for a potential event, and sure enough, just a day later Razer has sent out Save The Dates for an October 10th event.

Razer doesn’t reveal too many details in its image sent out to members of the press, but the bright green outline clearly teases the phone’s design. Just like in yesterday’s leaked image, it shows that the Razer Phone 2 will have a familiar design. The event itself will take place on October 10th in California. Once again, the keynote will be hosted by Razer CEO Min-Liang Tan.

We’re still expecting the Razer Phone 2 to offer up another 5.7-inch display with a 120Hz panel as well as an updated Snapdragon 845 chipset. It’s also expected that the phone will support the company’s Chroma LED effects. 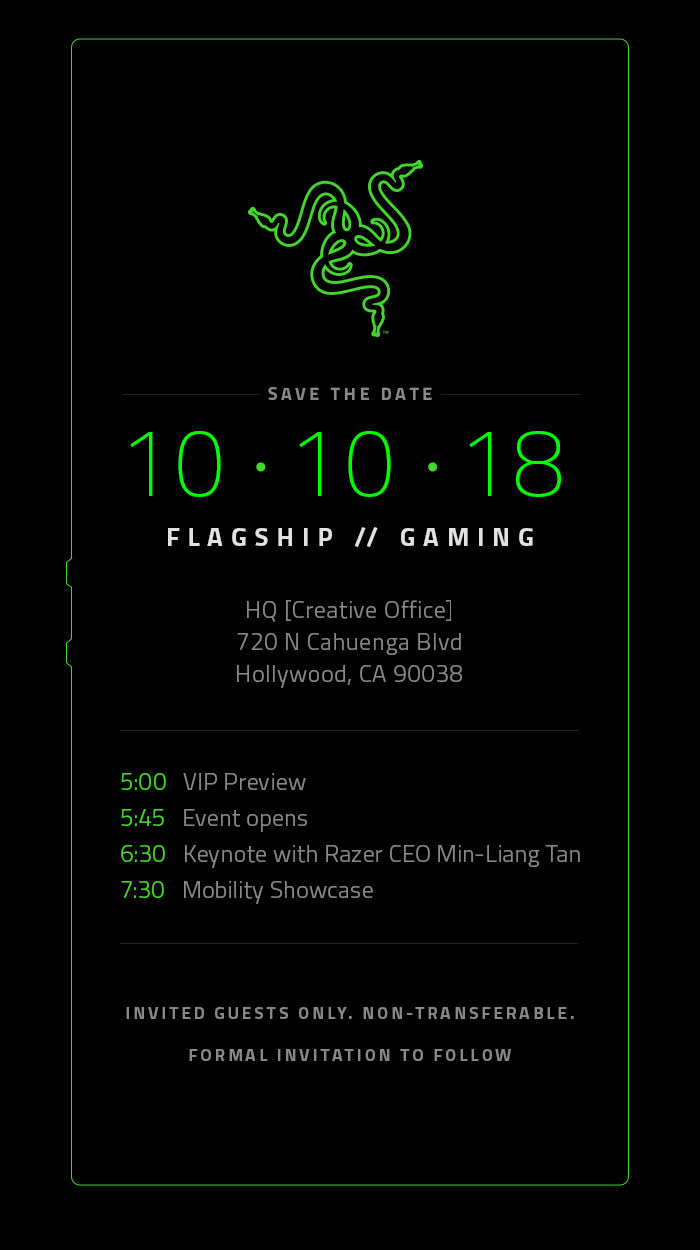