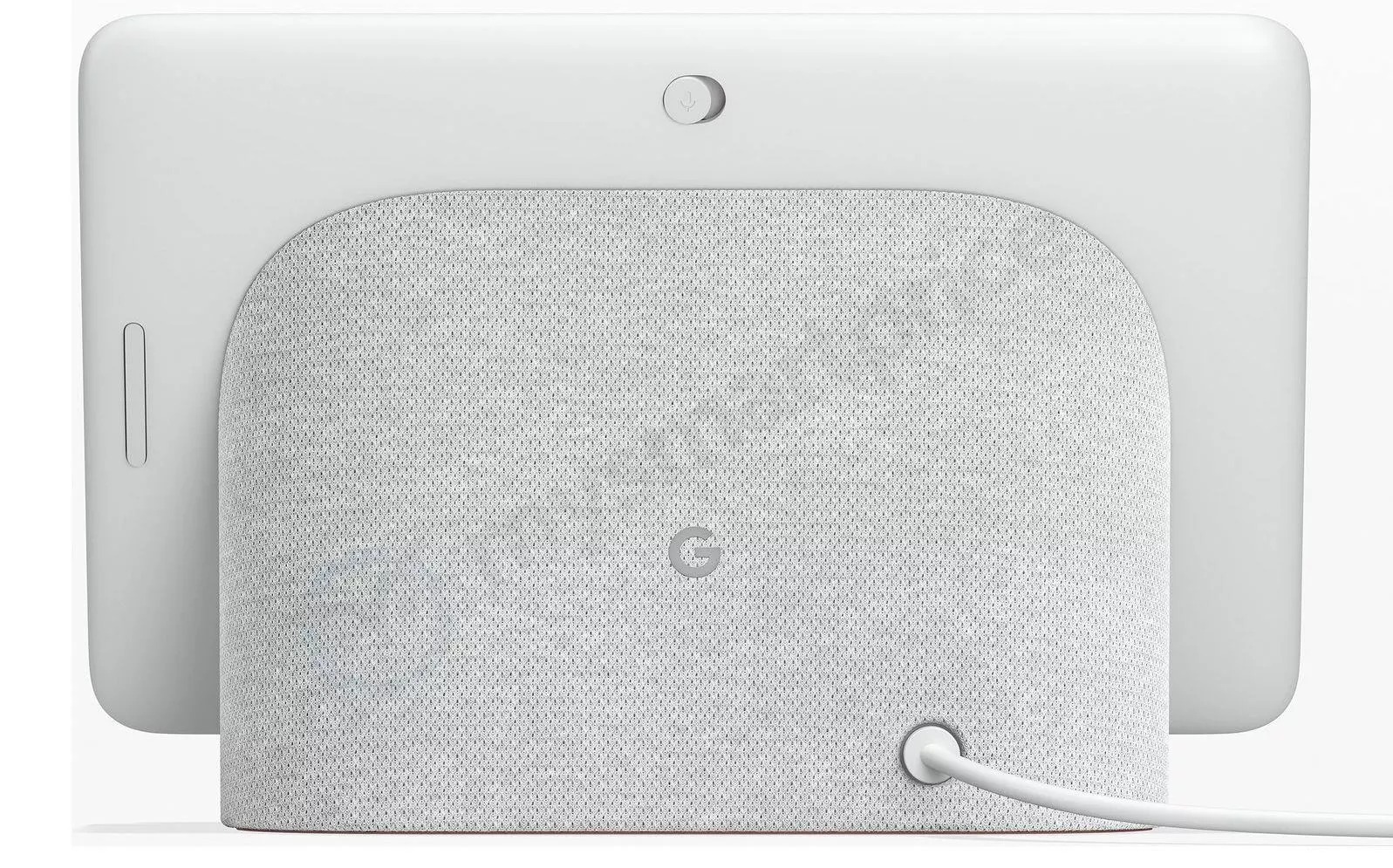 As October’s Made by Google event nears, more and more devices are hitting the FCC for regulatory approval ahead of retail availability. Following this week’s leak, a Home device that is likely the Google Home Hub has arrived.

Carrying FCC ID A4RH1A, the “Google Model” of this device is H1A. Typically, at this stage, only the “Label Artwork and Location,” along with technical reports, are available. The various documents are dated in late August, and just became available today.

From this drawing, we see a partial oval-shaped base that’s imprinted with the FCC ID and other markings. Given the shape, it is likely that we are looking at the bottom base of Google Home Hub that leaked on Tuesday.

Furthermore, the model name lends credence to this being a Home device. The original smart speaker was H0ME, Home Mini H0A, and Home Max H0B. To extend this kremlinology, the starting ‘H’ suggests it’s in the same family, while the step up to ‘1’ could reflect the fundamentally different Assistant Smart Display class.

Technical documents label this as an “Interactive Video Streaming Device” — a first for Home devices. Previously, this classification was also applied to various Chromecast models. Meanwhile, 2.4 and 5GHz Wi-Fi is present along with Bluetooth and Bluetooth Low Energy (BLE). Both connectivity options were confirmed by the earlier specs leak.

Speaking of the Home Mini, Google’s best-selling Home smart speakers appeared at the FCC one year ago today. It quickly went on sale after last year’s 10/4 event.

According to leaks, the Google Home Hub will have a 7-inch touchscreen, “full-range speakers,” far-field microphones, and an ambient light sensor. A front-facing camera for Duo is surprisingly absent and one report alluded to a very aggressive price.

Other Made by Google 2018 devices to arrive at the FCC include the Google Pixel 3 and Pixel 3 XL, as well as a refreshed Chromecast.