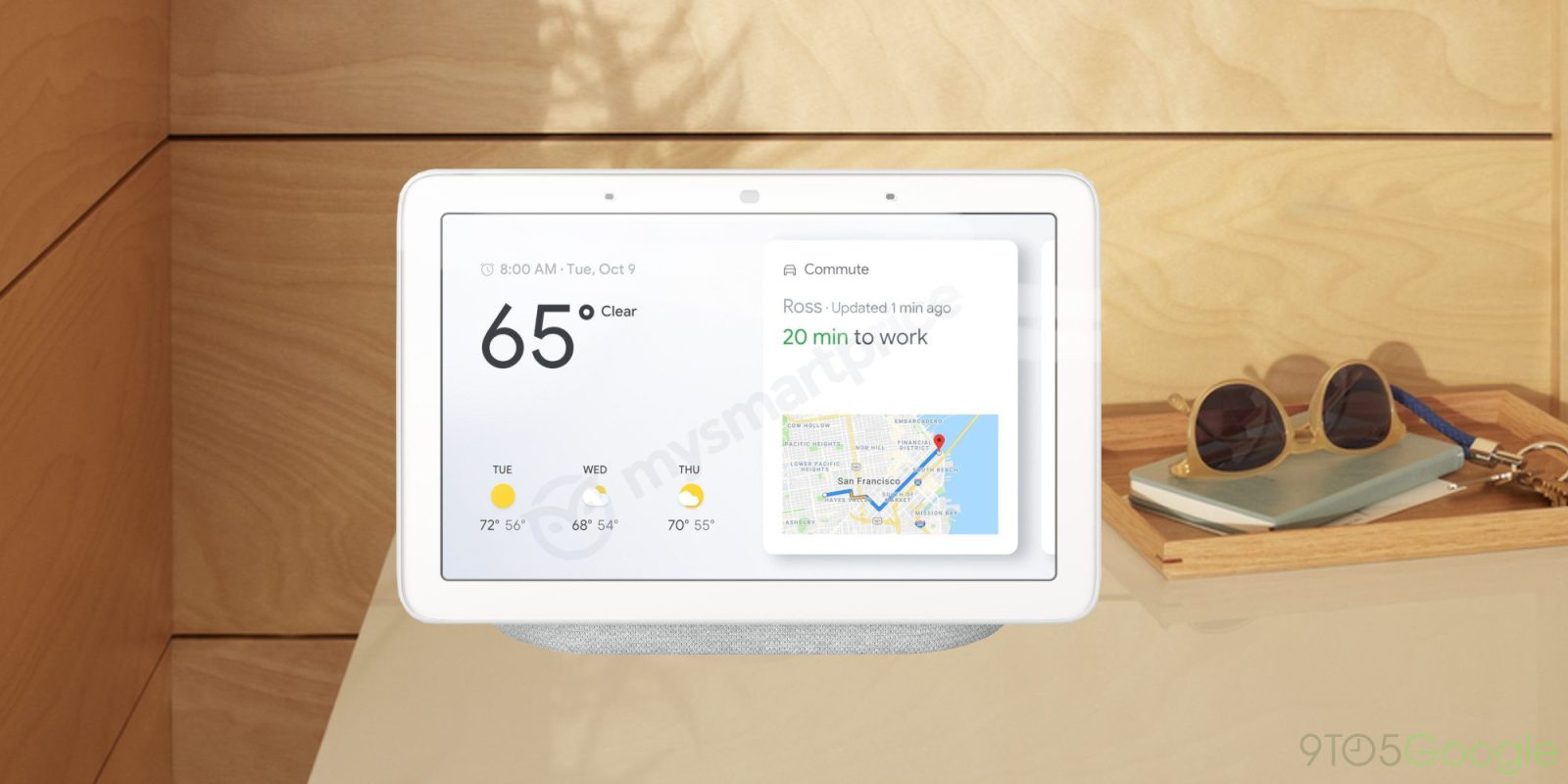 Google has long been rumored to be launching its own first-party Smart Display, and now it looks like we have our first solid leak of the device. It’s called the “Google Home Hub” according to images and details shared today by MySmartPrice, and it’s essentially a tablet-esque 7-inch display mounted on a speaker base with a design similar to other Google Home products.

On the software front, it looks like the device will be pretty in line with other third-party Smart Displays that companies such as JBL and Lenovo announced earlier this year at CES 2018. You’ll be able to get weather, traffic, and relevant information for the wide variety of Google Assistant task on the device shown on its display alongside the usual verbal feedback.

Product pages leaked showcase a variety of functionality for the Google Home Hub that obviously expand on what the current lineup of non-screen Google Homes can do — things like showing your Nest security cams on the device’s display, viewing photos from Google Photos, and more.

Interestingly, one differentiating factor here is that the specs sheet for the Home Hub doesn’t list any kind of camera. That means that one key Smart Display feature that Google has pushed with its 3rd-party OEMs, Duo calls, likely won’t be available on the Home Hub.

Some other details about the device can be found on the leaked specification pages. In addition to the “Chalk White” color that’s definitely reminiscent of last year’s Google Home, the device will also apparently come in a darker “Charcoal” variant. There’s also a volume rocker, 802.11ac Wi-Fi, Bluetooth, an ambient light and color sense, and it weighs in at 480g.

In the box, you’ll get the Google Home Hub, its power adapter, a quick start guide, and the warranty booklet.

The first word of a Google-made Smart Display surfaced almost exactly a year ago. Details from the tip we received said the device codenamed ‘Manhattan’ would have a 7-inch display and support for lots of Google’s services: YouTube, Assistant, Photos, and others like Netflix.

More recently, a report out of Nikkei said that Google was planning to take on the Echo Show this calendar year with a device they described as a “smart speaker that comes with a screen.” The report noted that it was part of an “aggressive plan,” with Google planning to “ship some 3 million units for the first batch.” The device you see below is likely that device.

The Google Home Hub will almost certainly launch at Google’s annual “Made by Google” event on October 9th in New York City. Google plans to hold a concurrent event in Paris as well.

Check out the images below.

What do you think of the Google Home Hub? Let us know in the comments.