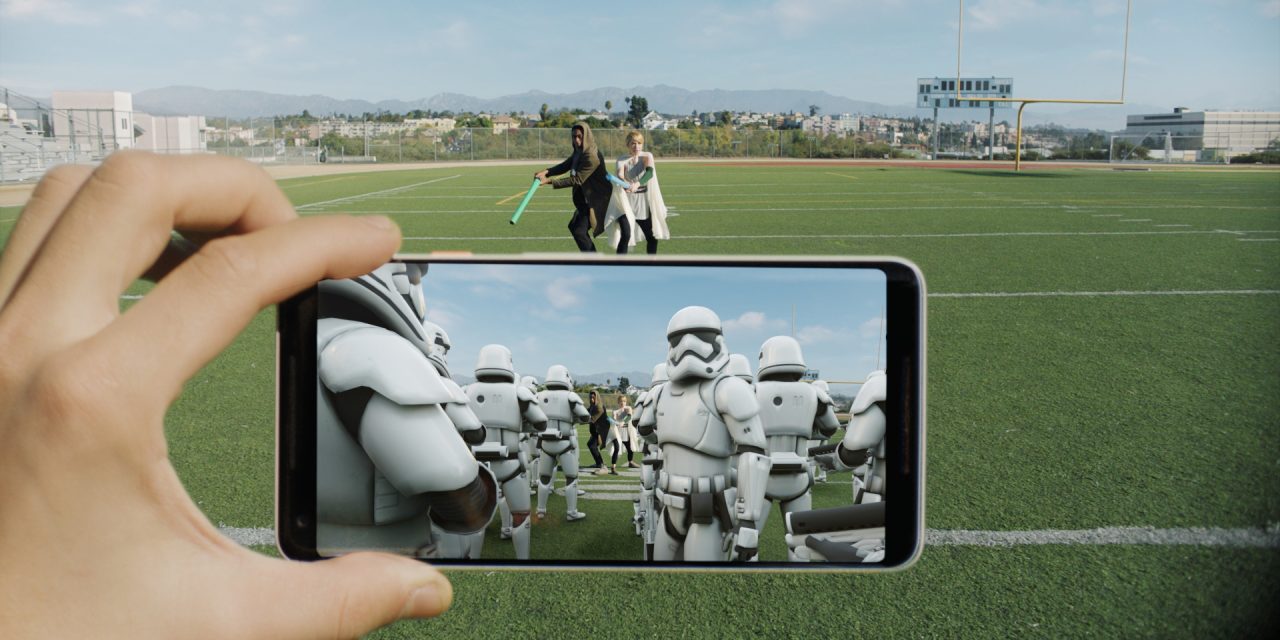 As we detailed last night, the camera is a big focus for the Pixel 3 and Pixel 3 XL. One feature Google announced in 2017 was AR Stickers, and this year they have been renamed to ‘Playground‘ with four new packs now available on the Play Store.

In addition to the new name, Google (via Android Police) has redesigned the interface for placing virtual stickers in your photos and videos. Instead of a carousel at the top of the screen, the various characters can now be selected just above the capture button.

A button to the left of the shutter brings up a panel of stickers organized by tabs, while users can now input speech bubbles with a new shortcut on the right. Overall, the light, more transparent UI is somewhat reminiscent of Snapchat.