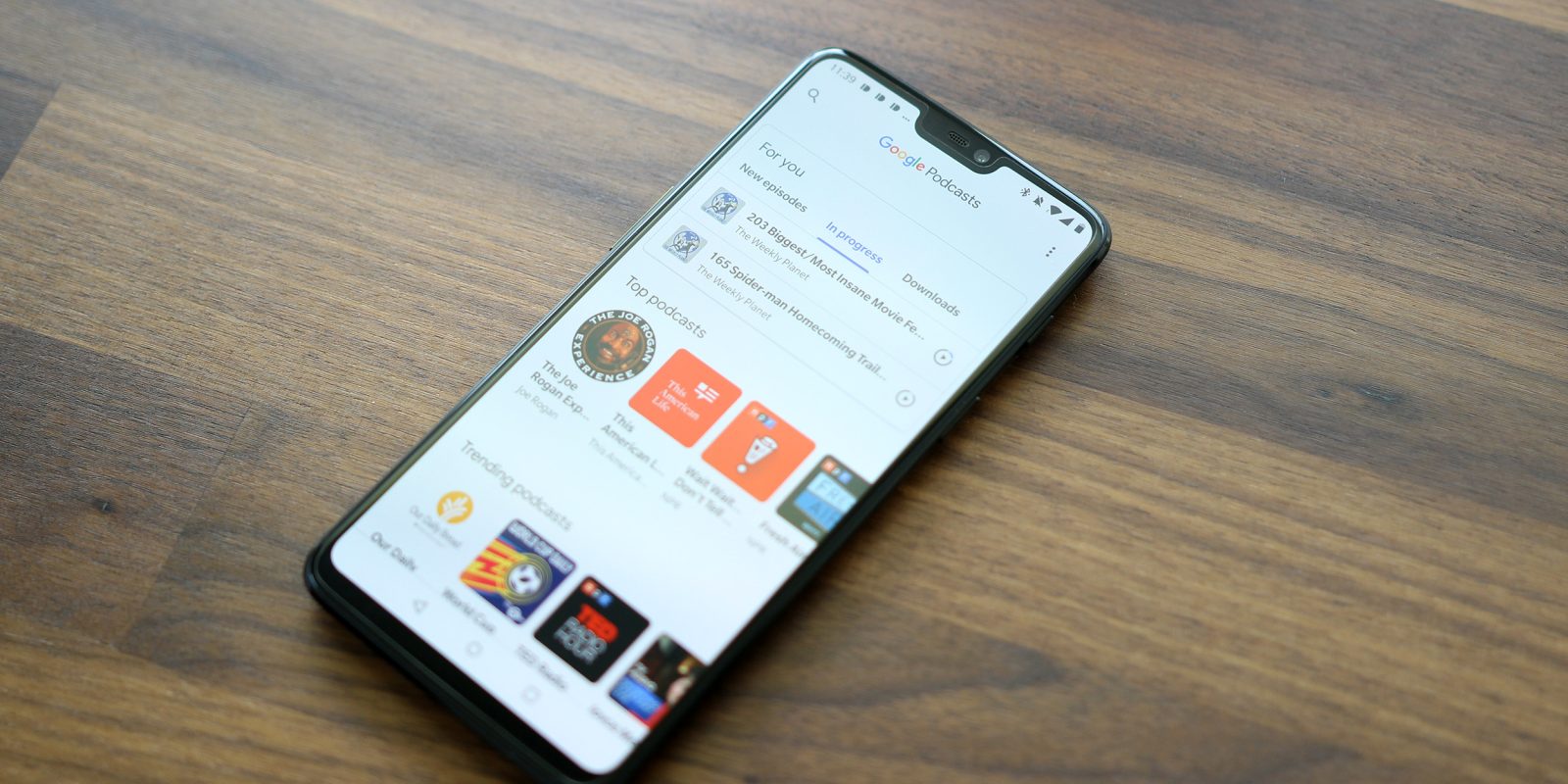 Google Podcasts officially launched in June with an Android app and integration with Assistant and Google Home. The app in recent weeks added Chromecast support, and now the ability to share shows and episodes directly.

At launch, sharing was limited and only intended for podcast publishers with Google creating a tool to generate a direct link by entering a feed URL. This was not a consumer-focussed solution, but Google Podcasts finally has built-in sharing.

Heading to the Android app and then overflow icon in the top-right corner of a podcast or specific episode will yield a new Share button. Added in recent weeks, it simply opens the system share sheet to copy the link, send directly to another app, or via Direct Share contact.

The generated URL works best on mobile, with the link on Android opening Google Podcasts directly to the show or episode. If opened in a browser beforehand, users will see a simple landing page that notes the episode with title and cover art.

This is also useful for desktop or iOS users as they can still manually search and find the episode. Otherwise, there is an “Open in Google Podcasts” button that opens the app or directs you to the Play Store listing.

While a basic capability, Google Podcasts sharing was much-needed, but could hopefully include features like linking to a direct timestamp in the future. This Share button appears to have went live in recent weeks, with the capability enabled as far back as Google app 8.33 on devices we’ve checked.

Since launching, Google has laid out big plans for long-form audio, like using AI to transcribe episodes, translate, and make podcasts available around the world. The company also discussed plans to elevate audio as a form of search result alongside text, links, and videos in the future.