9to5Google Gift Guide: The top 5 best Android phones you can gift this year 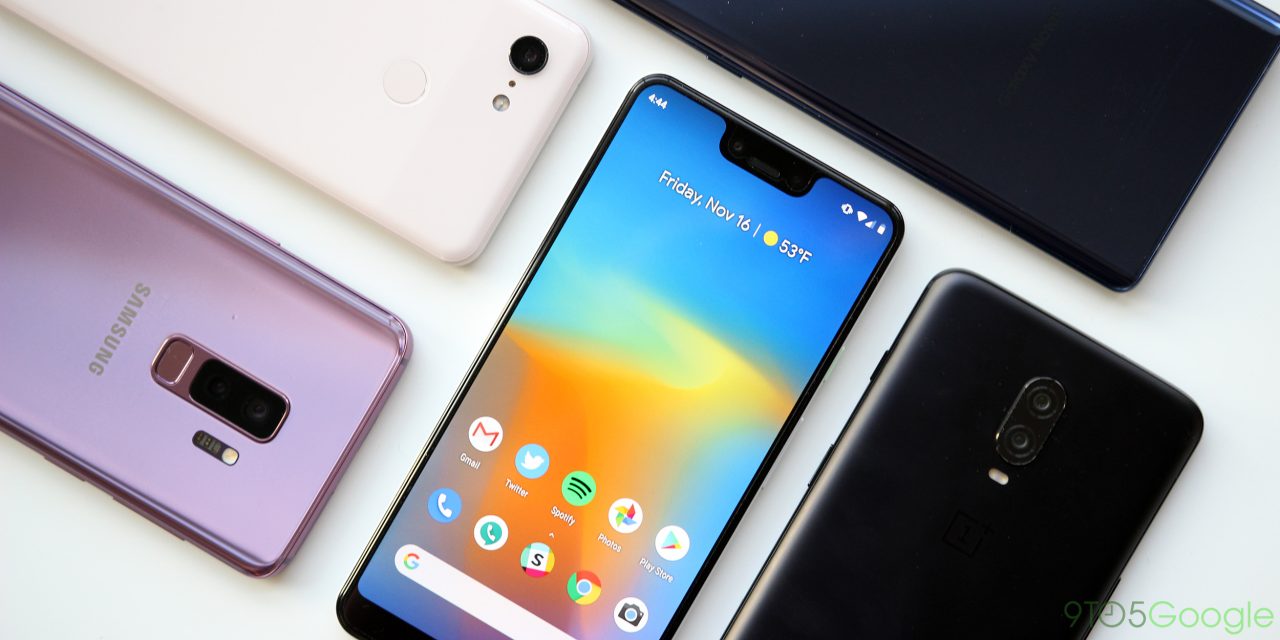 With the holidays approaching and all of the associated sales, you might be on the market for a new Android phone as a gift for someone, if not yourself. There are a ton of great options out there, so it might be hard to narrow it down. In this Best Android Phones Gift Guide, let’s take a look at our picks for the best Android phones you can buy today, and some of the best holiday deals on those devices too.

When you’re talking about Android, one of the best options will always be directly from the company that makes it. The Pixel 3 is the latest phone from Google, and it packs what is easily the best Android experience on the market today.

Why is it the best experience? Google builds Android, so naturally, the Pixels have great performance, tight integration with useful Google products and services, and they get updates first from the company. These phones are certainly not without bugs and issues, in fact, there are quite a lot of those, but for the average person, these are some of the best phones you can buy.

The Pixel 3 and Pixel 3 XL have excellent OLED displays at 5.5-inches and 6.4-inches respectively, a Snapdragon 845 processor, 4GB of RAM, 64GB+ of storage, and wireless charging on board. They’re also IP68 water/dust resistant, come in Black, White, and “Not Pink” colorways, front-facing speakers, a Titan M chip for enhanced security, and a fingerprint sensor on the back. Android Pie comes out of the box as well with handy features such as Call Screen, Digital Wellbeing, Google Lens, and more. 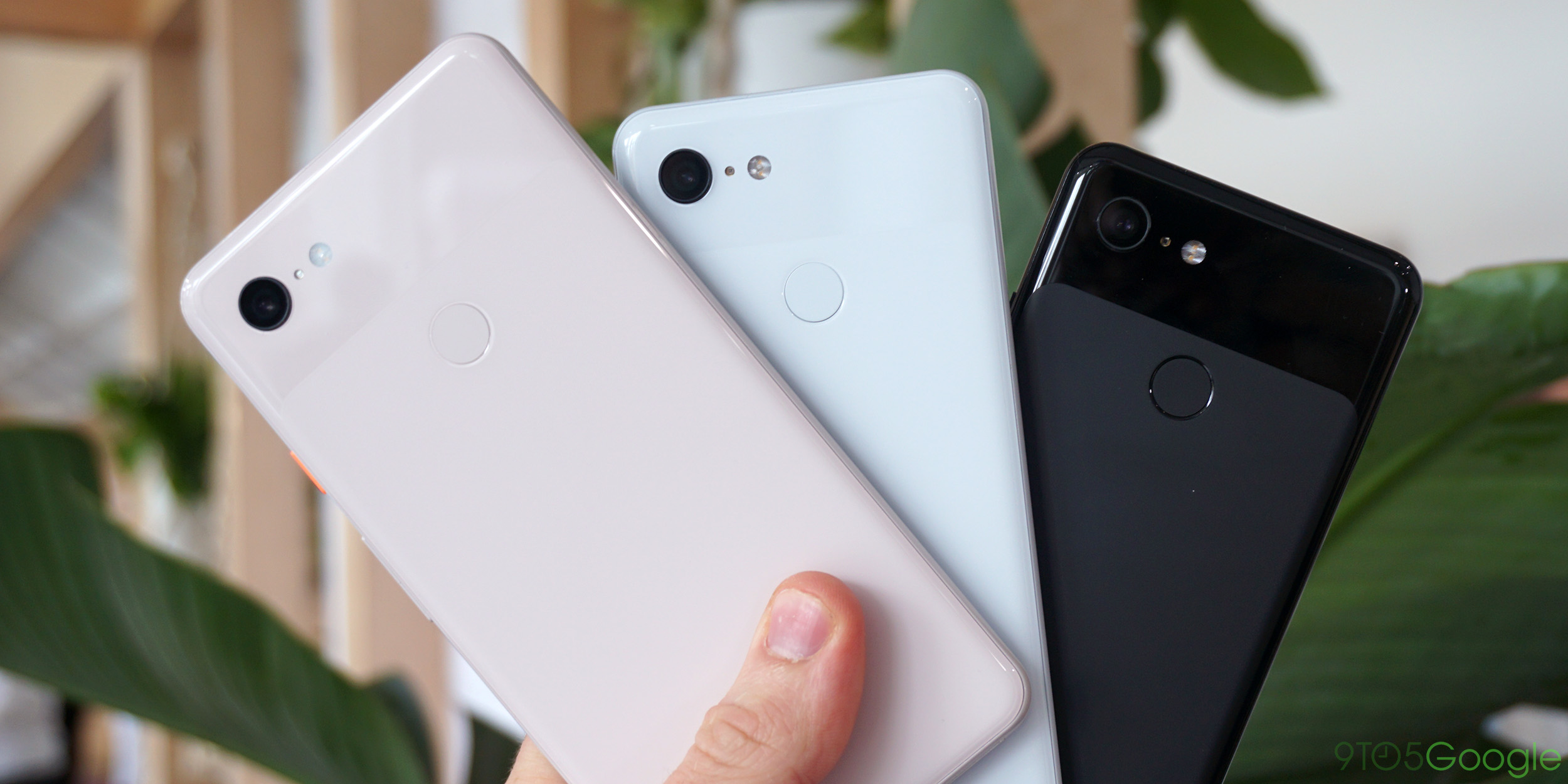 Really, though, the main selling point for the Pixel 3 is going to be the camera. On the rear, there’s a 12MP camera which uses Google’s HDR+ mode to take some truly stellar shots. Up front, you’ll find two 8MP cameras which give you the flexibility to take standard or wide-angle selfies. All of those cameras are also equipped with extra features such as Top Shot which helps you get the best frame out of a picture. There’s also Night Sight which produces actual magic when shooting pictures in the dark.

You can read our full review of the Pixel 3 and Pixel 3 XL for more information on these devices.

Where to buy Google Pixel 3:

The best Android phone for most people

For most people, Samsung phones are the go-to option for a good, reliable device. As you’d expect, Samsung’s Galaxy S9 and S9+ hit the mark straight on with great hardware, excellent features, and solid cameras. 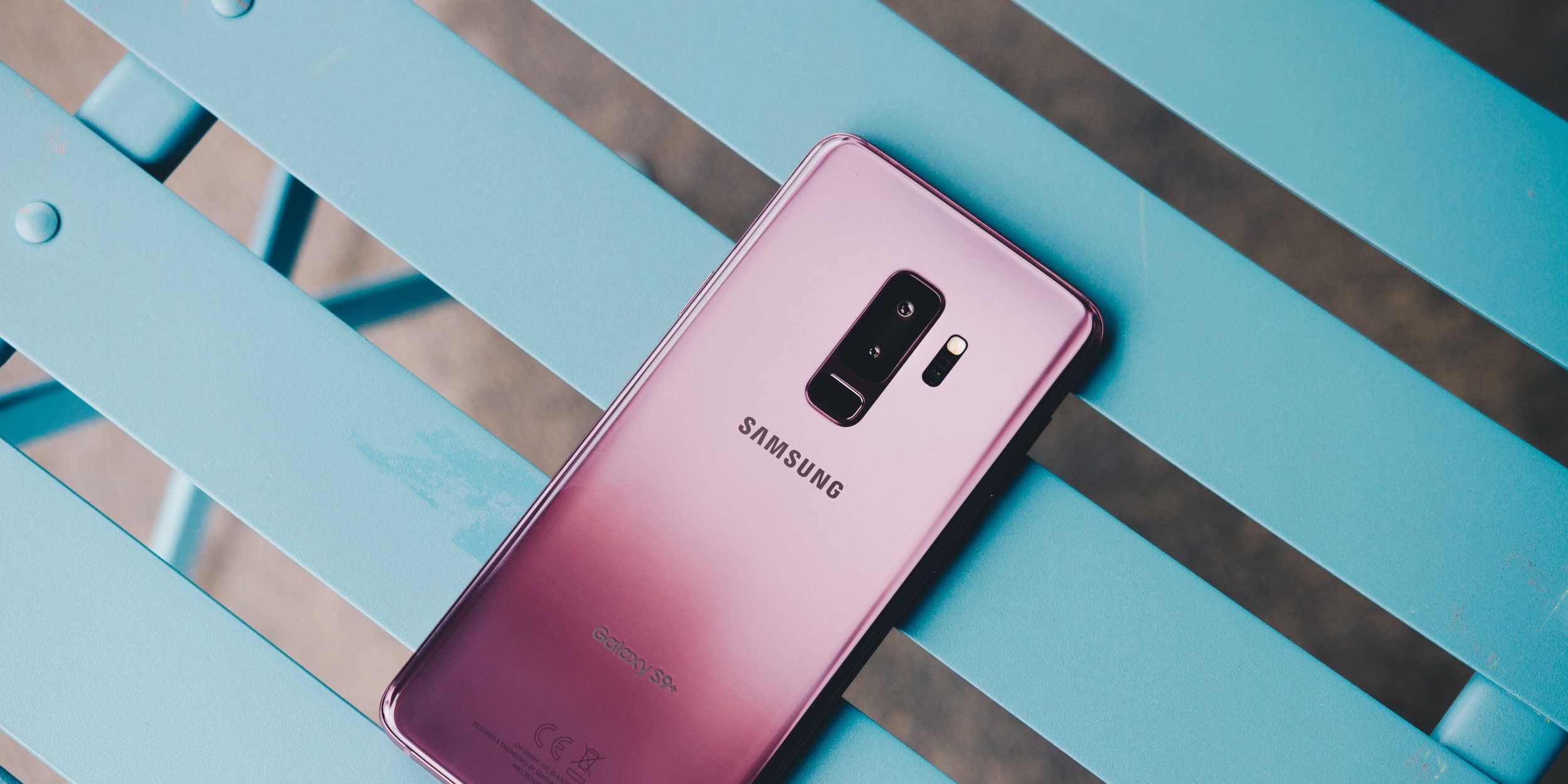 The Galaxy S9 and the Galaxy S9+ both share pretty similar specifications There’s a Snapdragon 845 under the hood of both, slim bezels and no notch on the 1440p AMOLED displays, a fingerprint sensor and facial recognition, and between 64GB and 256GB of storage. Both also have wireless charging, IP68 water/dust resistance, and expandable storage via microSD.

Where these phones differ starts with the screen. The S9 has a 5.8-inch display while the S9+ lands at 6.2-inches. There’s a 12MP primary camera on both devices with dual-aperture, but only the S9+ has a secondary telephoto lens for enabling features such as portrait mode. The larger phone also upgrades from 4GB to 6GB of RAM and has a larger 3,500 mAh battery. Despite their differences, though, both are very solid phones with similar features, performance, and endurance. Oh, and they both still have a headphone jack, too.

While the Galaxy S9 and S9+ may not have the cleanest software (or the latest as Pie is just now in beta) or the best cameras, the reason these phones are appealing is because they get most things right. You don’t really miss out on anything with a Samsung phone, you just don’t get the best version of everything. Especially at their prices points starting at roughly $700, that makes the Galaxy S9 and the Galaxy S9+ a couple of very compelling devices.

Where to buy Samsung Galaxy S9:

Flagship fun, half the cost

Every other smartphone on this list costs upwards of $700. However, OnePlus manages to get the best of all of them, and more, in a package that costs less than $600. If that’s not a compelling reason to give it a look, I don’t know what is. 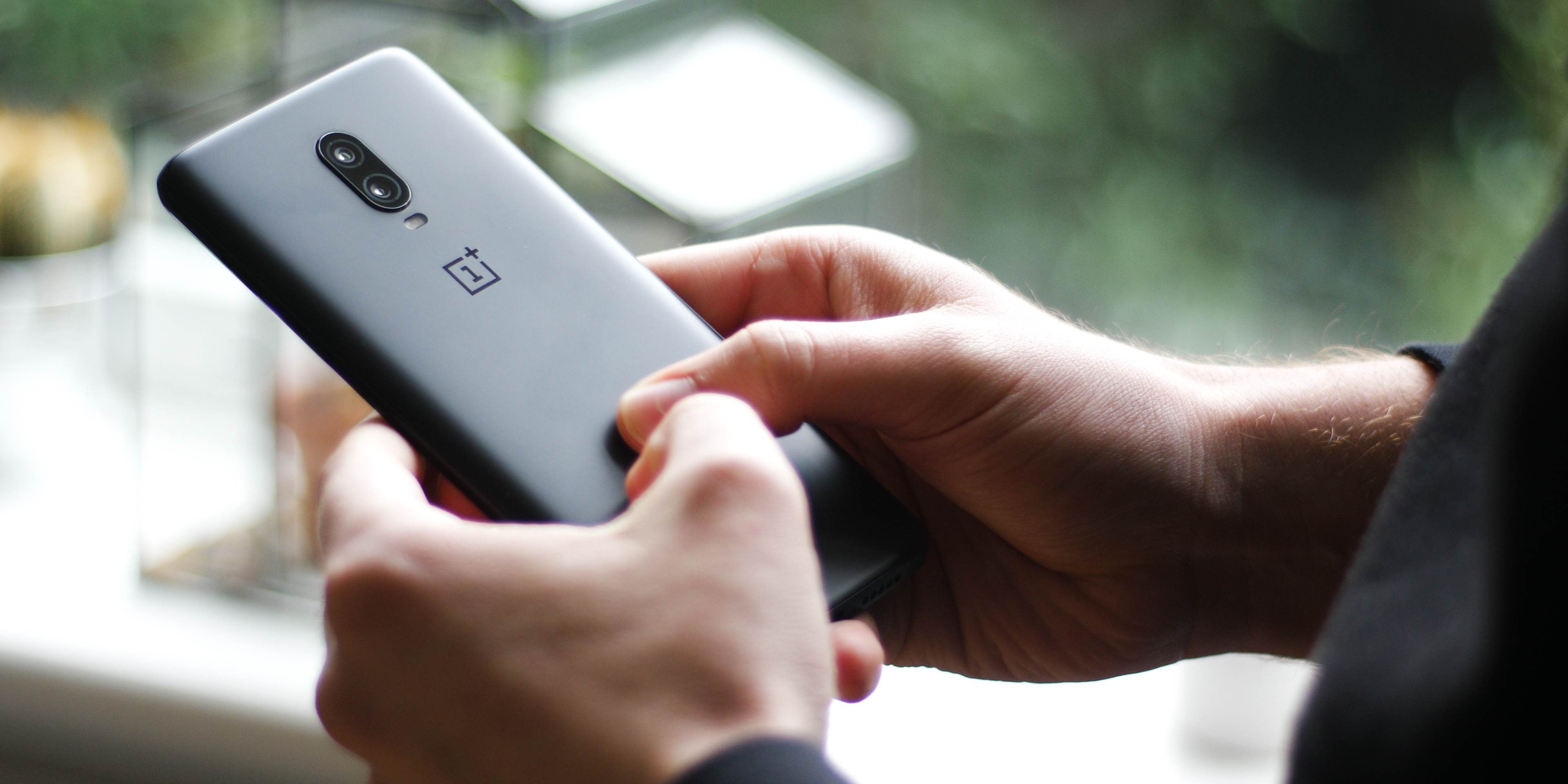 The OnePlus 6T offers up the same Snapdragon 845 processor as most flagships paired with 8GB of RAM, and 128GB of storage. There’s also Android 9 Pie out of the box, a 3,700 mAh battery, and a 6.4-inch OLED display which has a slim notch up top. There’s also an in-display fingerprint sensor on this phone which is backed up by facial recognition. There’s also a 12MP primary camera on the rear paired with a 20MP sensor which is good, but not great.

The biggest reason to buy a OnePlus 6T isn’t the specs or the features, it’s the value. Nowhere else can you get these specs and features in a package this inexpensive. Pricing starts at only $549 for the lowest tier model, and the mainstream version costs $579.

You won’t find (proper) water resistance, wireless charging, the best camera, or (sadly) a headphone jack on the OnePlus 6T, but you get an incredible amount of hardware for this price point. That easily earns it a list on our best Android phones gift guide, and it helps that T-Mobile sells the device and it now works on Verizon, too.

Where to buy the OnePlus 6T:

Everything but the kitchen sink

For years now, Samsung’s Galaxy Note lineup has helped push forward what our phones are capable of. The Galaxy Note 9 is no exception to that, even if it’s also not necessarily giving us a huge leap forward either.

$1,000 phones are annoyingly common nowadays, though the Galaxy Note 9 is one of the few devices that is actually worth that price point. You’re getting a Snapdragon 845 chipset paired with 128GB of storage, 6GB of RAM, IP68 water/dust resistance, a 6.4-inch AMOLED display with slim bezels, and even a headphone jack. Samsung’s hardware is down to a science too and the colors on display are gorgeous. There’s also a 4,000 mAh battery with wireless charging and USB-C. You’ll also get the same great camera tech from the Galaxy S9 and an S-Pen as well.

Where to buy Samsung Galaxy Note 9:

If you’re not looking to buy a smartphone for yourself, you might be on the hunt for one for a kid. To that end, we’ll shift our focus from everyday usage to that of gaming, and there’s no better device to talk about than the Razer Phone 2. 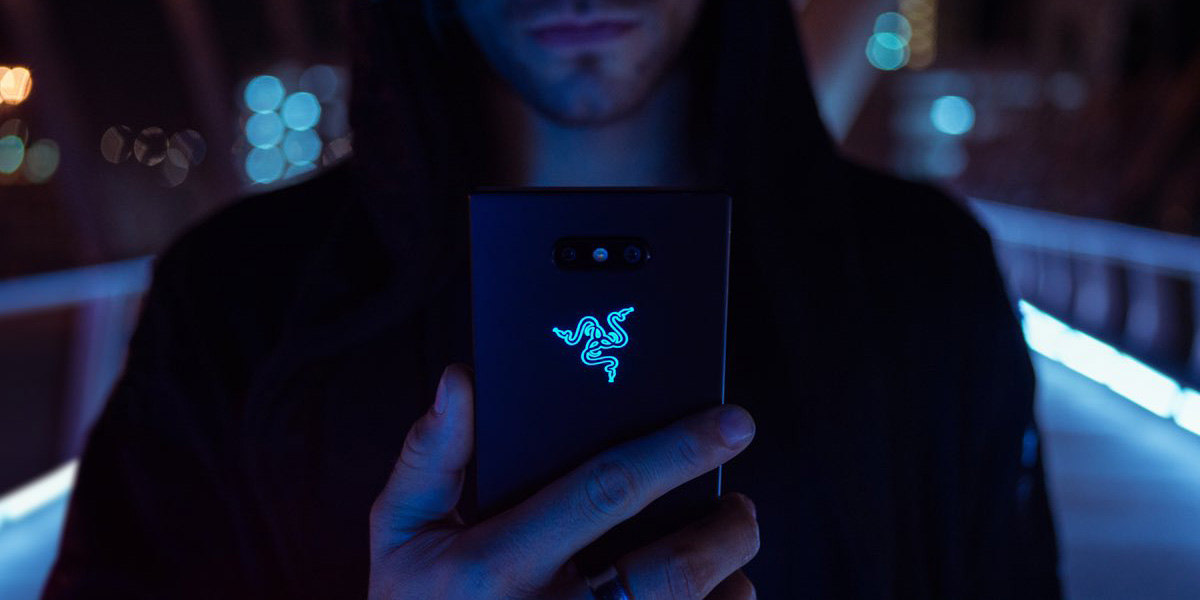 Building on the device that made the term “gaming phone” a thing, the Razer Phone 2 is a pretty impressive piece of hardware. You’ll get a Snapdragon 845 processor, 8GB of RAM, 64GB of expandable storage, and excellent cooling for when you’re trying to get a Victory Royale in Fortnite for Android. Making games look great is a 5.7-inch 120Hz display which shows off Android 8.1 Oreo. There are also front-facing speakers ont the top and bottom of that display.

The Razer Phone 2 isn’t just a gaming phone, though. It works with all GSM carriers in the US and also Verizon Wireless. Buy unlocked and pop in your SIM and it’ll connect up. It also offers up wireless charging for its 4,000 mAh battery thanks to a glass back, water resistance, and also an RGB light-up logo on the back.

Pricing for the Razer Phone 2 starts at $799 unlocked and it’s also at AT&T.