Anyone who has already bought or is planning on picking up the OnePlus 6T from T-Mobile will be pleased to hear that the first carrier OnePlus 6T Oxygen OS update is rolling out to users right now. Initially being available on launch day for those with unlocked devices, this release improves a few of the core features on the OnePlus 6T.

Originally pointed out by TmoNews, this update will bump the T-Mobile OnePlus 6T up to version A6013_34_181029 and includes all of the improvements that unlocked 6T users received with Oxygen OS 9.0.4 OTA.

The entire update measures in at 132.3 MB and if you weren’t already sure what was included, here’s what to expect:

If you are a T-Mobile OnePlus 6T user, this update should be pushed to your handset relatively soon. It may be worth checking manually by going to Settings > System > System update > Check for update. 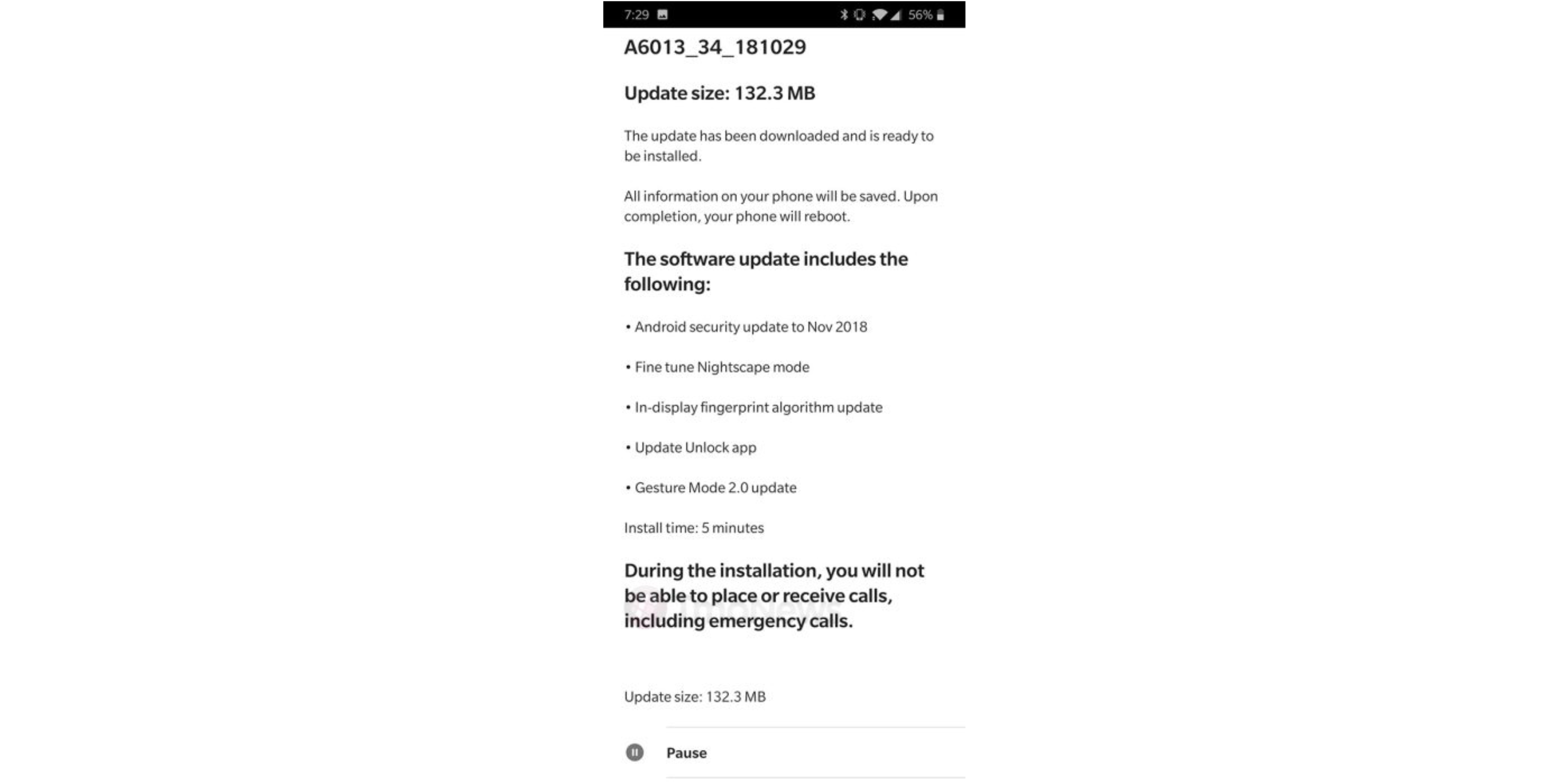 This update is a little later than expected, and the T-Mobile OnePlus 6T variant is still one step behind the unlocked version, as the Oxygen OS 9.0.5 OTA has already begun rolling out to users. Of course, we expect T-Mobile users to get these updates at a slightly slower pace than unlocked users due to the certification process that the carrier follows for OS incremental updates.

That means that T-Mobile users will still lack the ability to quick-launch Google Assistant by double tapping or holding the power button.

If you’ve only just received your OnePlus 6T, you might want to check out our recommended OnePlus 6T tips and tricks.