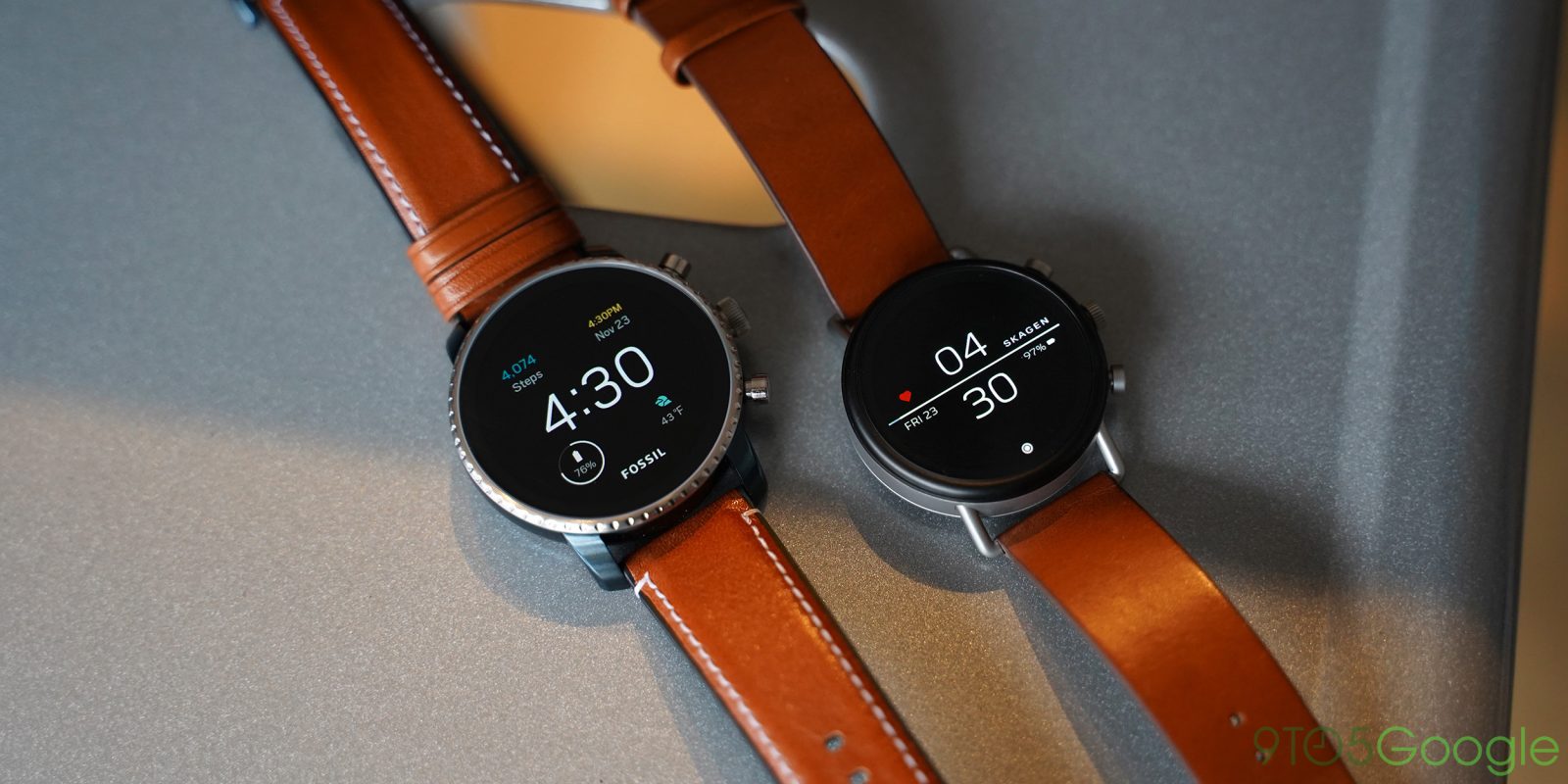 Wear OS has been in a rough spot for the past few years, but in terms of hardware, 2018 has actually been pretty great. We’ve seen some creative solutions to common complaints, as well as a new chipset that promises some major improvements over the next few years. Lately, I’ve been testing out the Fossil Q Explorist HR and the Skagen Falster 2, and I’ve got to say, I’ve been thoroughly enjoying both of them. Here’s what you need to know.

Fossil’s Hardware Speaks for Itself

Fossil is one of the biggest watch brands in the world and their quality speaks for itself. While the company has its own branding on the Fossil Q lineup, the Explorist HR included, Fossil Group also owns Skagen and has some influence over that design as well. To that end, both the Q Explorist HR and the Falster 2 share some core style elements while making their own unique design changes.

Both smartwatches have chassis made primarily from stainless steel which scream quality. They’re both well constructed with a solid premium overall feel. The Q Explorist HR has a welcome heft to it as well with its 45mm casing. However, it’s also pretty huge. While that fits well on my wrist, many others will want to opt for the smaller Skagen Falster 2 at 40mm. 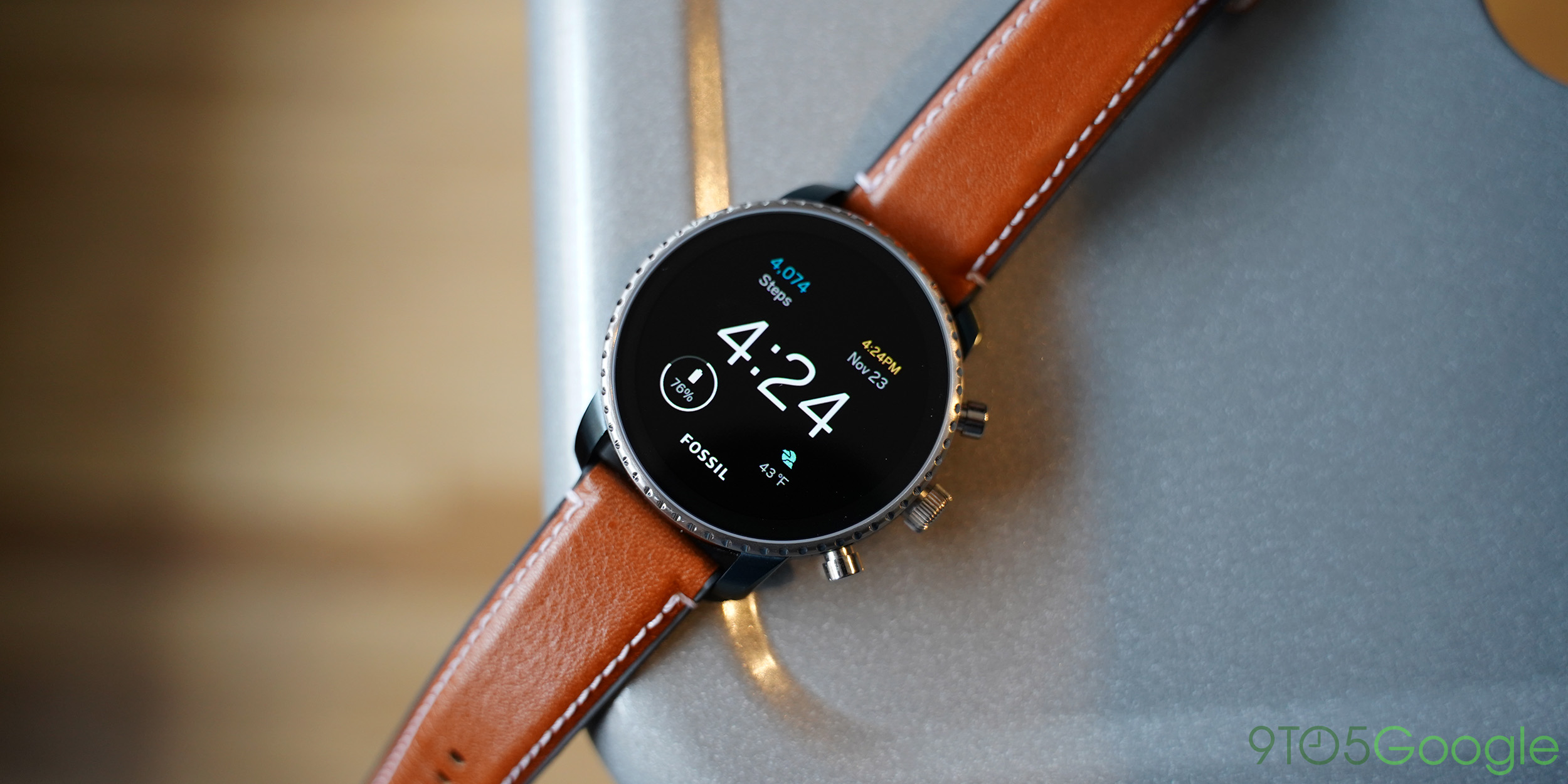 When it comes to the Fossil Q Explorist HR, there’s a 1.4-inch OLED display that goes nearly edge-to-edge on the 45mm casing and is pretty good across the board with decent enough brightness for outdoor usage. The watch is 13mm thick and on the Tan Leather model, the stainless steel has a unique blue color which is different, but also looks absolutely fantastic. There’s also 3ATM water resistance which is always welcome.

As for the Skagen Falster 2, you’ll get a smaller 1.19-inch OLED display in a 40mm casing which is also pretty solid for general usage. The Falster 2 is 11mm thick and you’ll be able to get black, silver, and rose gold colors which all have a matte look. 3ATM water resistance is also included. 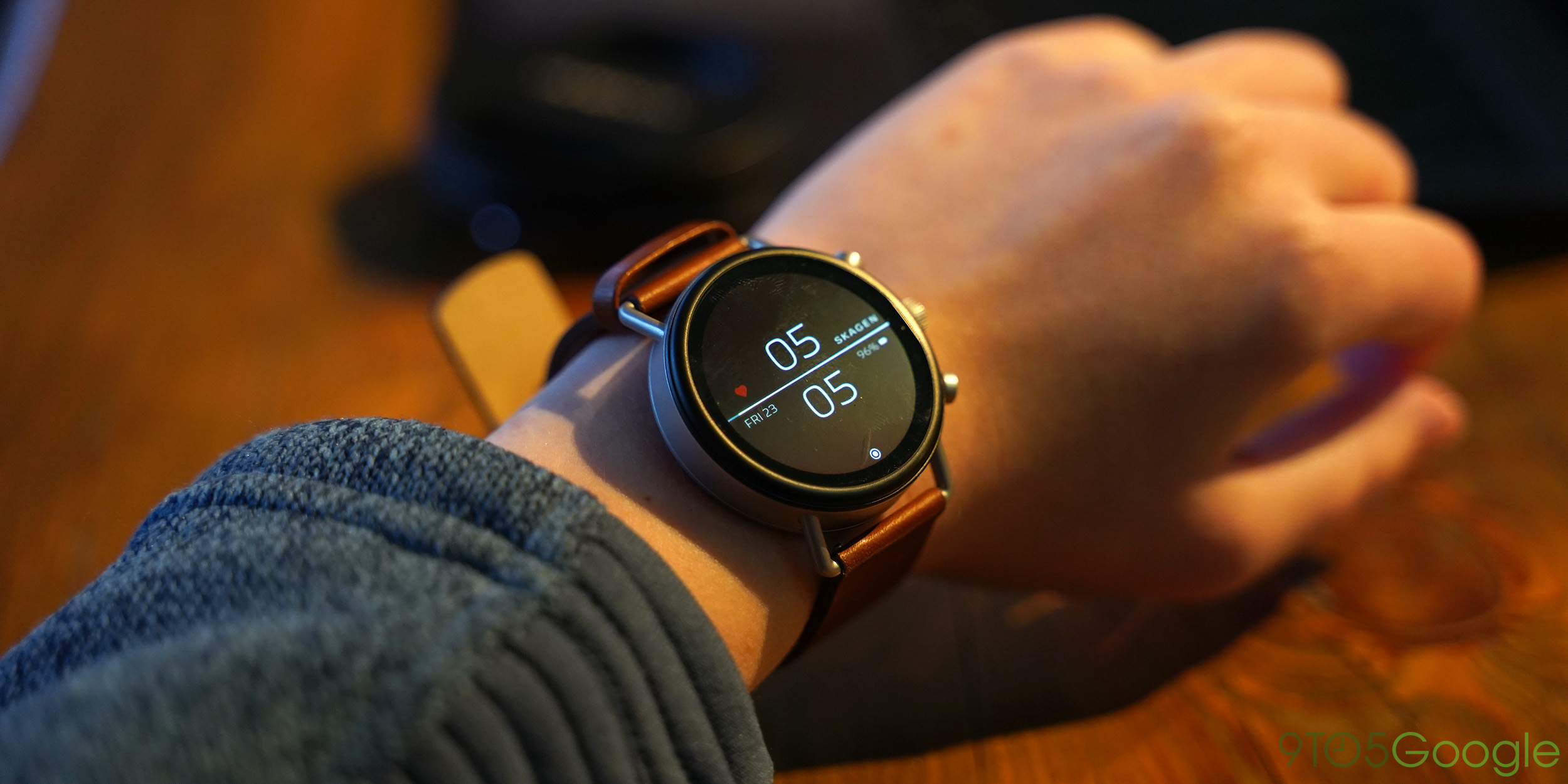 For the bands, both the Skagen Falster 2 and Fossil Q Explorist HR units which I tried had tan leather bands. While Skagen’s band is just a traditional leather band and admittedly, does feel great and premium, Fossil used a blended leather/silicone design. That band works better for more active situations while still feeling classy. Of course, you can swap the bands out with any typical 22mm or 20mm band respectively.

Both of these watches also use Fossil’s 4th gen charging method. This swaps out the previous wireless charging puck for a magnetic puck with pins. They seem to lock in a bit more securely, but wireless does feel slightly more future-proof. Only time will tell there, but there’s also an optical heart rate sensor in the center of that ring. It seems to work fine – just don’t expect it to measure as accurately as a dedicated fitness tracker. 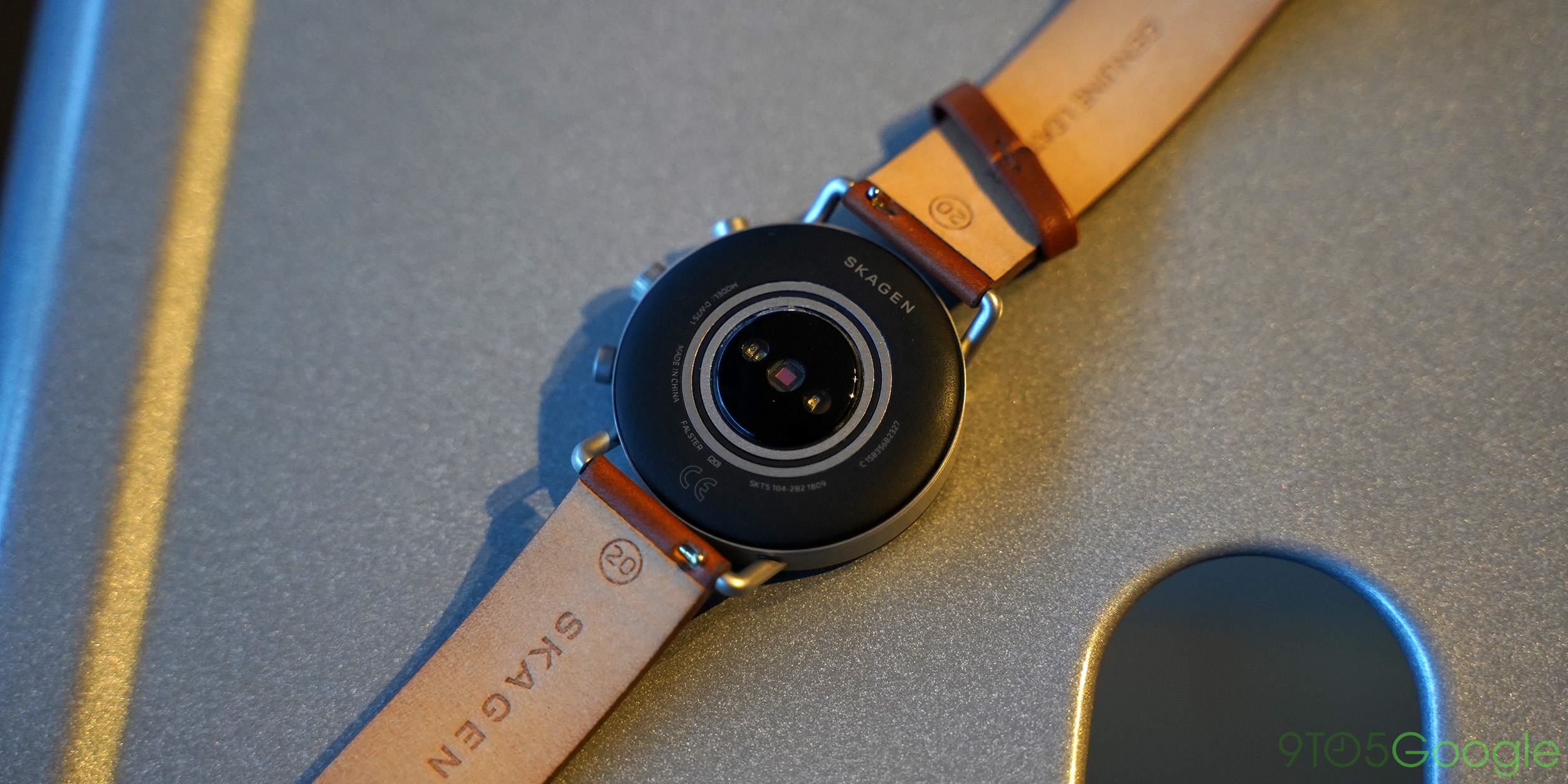 There is one thing to note about that bottom cover which is that it’s made of plastic. This takes away a bit from the premium feel, but it is very comfortable. Some early adopters have claimed that the charging ring can fall out too, but I’ve seen no sign of that on either of these watches so far.

NFC is also built-in for Google Pay, and it works great. Pay is still a bit slower than I’d like on Wear OS, but it works well and I didn’t have any problems at checkout with either device. There’s also built-in GPS which seems to work just fine.

Hands down the biggest reason to buy either of these watches is design. It may not be ground-breaking, but the Skagen Falster 2 and the Fossil Q Explorist HR both look excellent and feel great on the wrist, all at affordable price points too. Fossil knows exactly what it’s doing when it comes to hardware with these watches, and these are great examples of that. 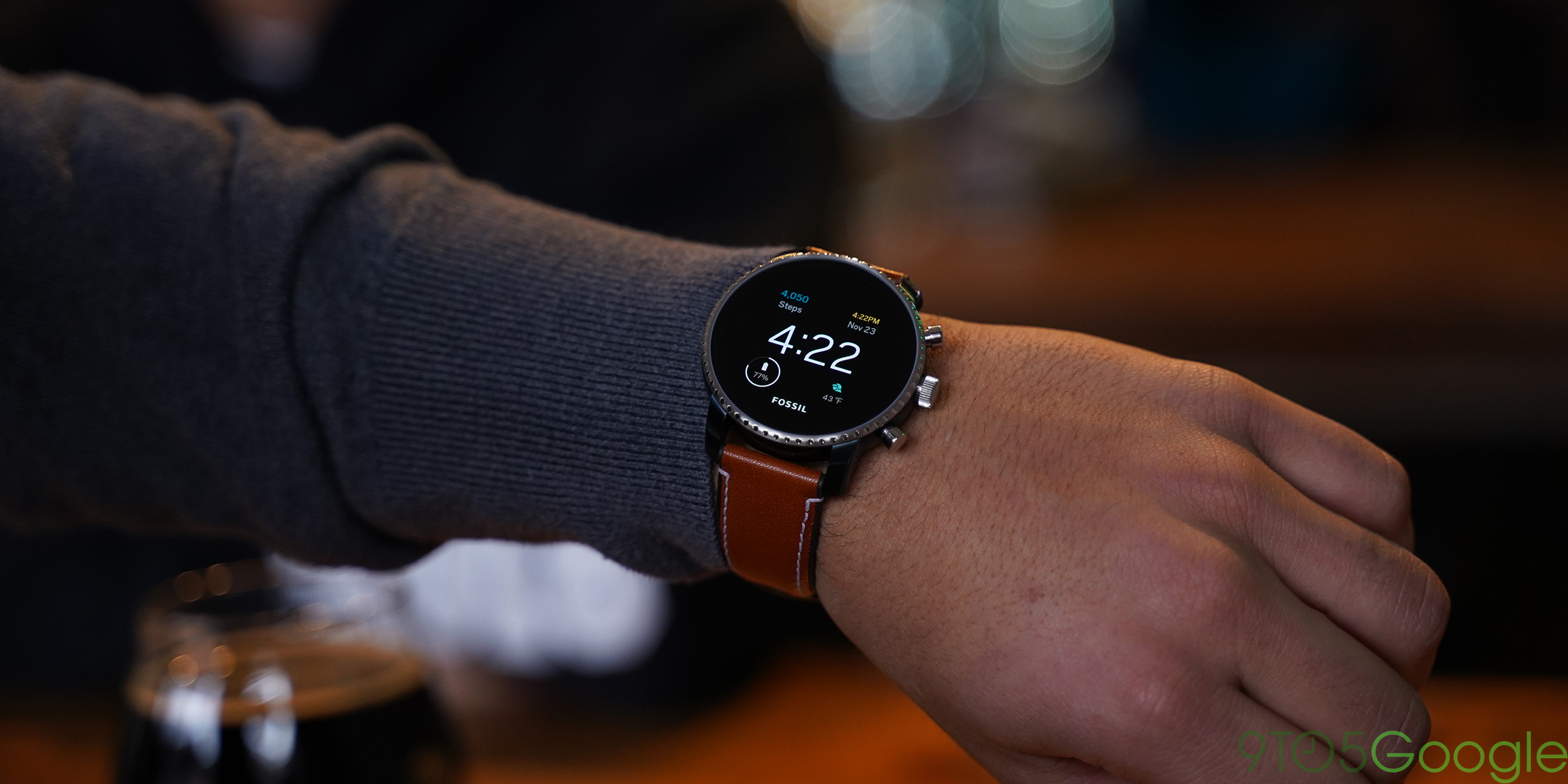 There are also three buttons alongside the side, two for custom actions and the third for power, Assistant, going Home, and it also rotates for navigation. These buttons have a nice click and feel well-made too.

Those buttons are one of the aspects that finally feel up to par with this new software. Older Wear OS watches either only had one button, skipped the rotating button, or had poor quality buttons for both of those tasks. In either case, it just never felt like anyone was getting it right, but Fossil has on these latest smartwatches. For once, these buttons feel finished, and it’s just one step closer to a perfect watch in my opinion. 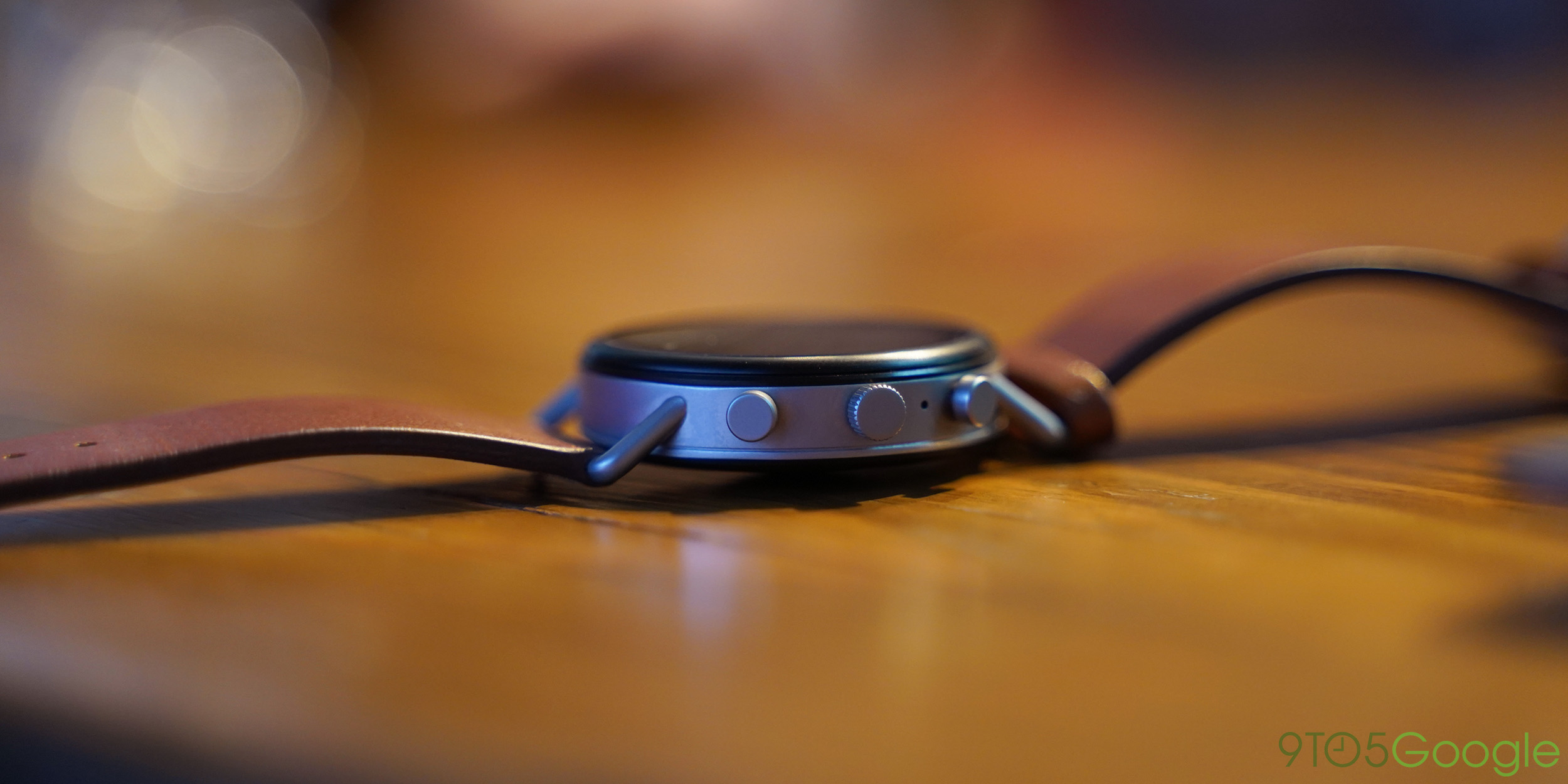 To add an example to that, we can look at how Wear OS takes advantage of these buttons. When playing music, a screen appears when you look at the watch with some basic controls for volume and skipping songs. You can, of course, use the touchscreen here, but you can also rotate the button or click either of the top/bottom buttons to adjust the volume or change the track being played. It’s little touches like that which make hardware like this feel so much better and more refined. 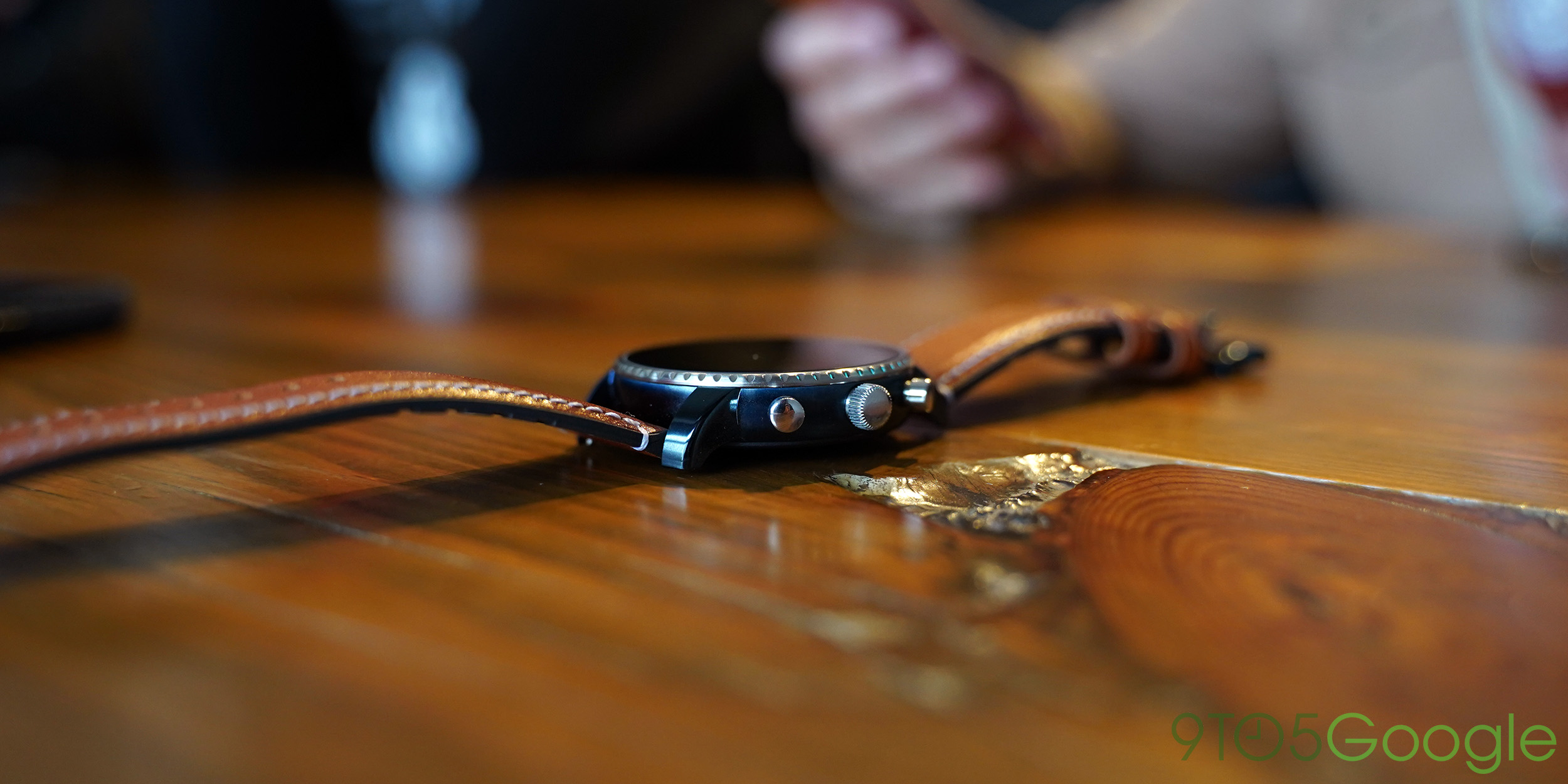 Performance and Battery Life are finally getting better, kind of

Fossil did also opt for the now-replaced Snapdragon Wear 2100 platform across most of its 4th gen hardware. Performance is nothing special, but thanks to the latest version of Wear OS, things feel faster and moderately better in daily usage.

On the Fossil Q Explorist HR and Skagen Falster 2, Wear OS feels very at home as well. The new swiping gestures just make sense on this sort of form factor. Performance has always been a negative for me on Wear OS, but this new hardware combined with Google’s improvements result in something I can actually enjoy.

Of course, that older chipset also means battery life is nothing too special. Typically speaking, I get around a day of use out of this watch with it hitting the last few percent around midnight. You’ll definitely need to charge on the daily with the Fossil Q Explorist HR. The Skagen Falster 2 generally fairs a bit better, but you’ll still be limited to a day.

That’s unfortunate, but inevitable until the Snapdragon Wear 3100 goes mainstream. 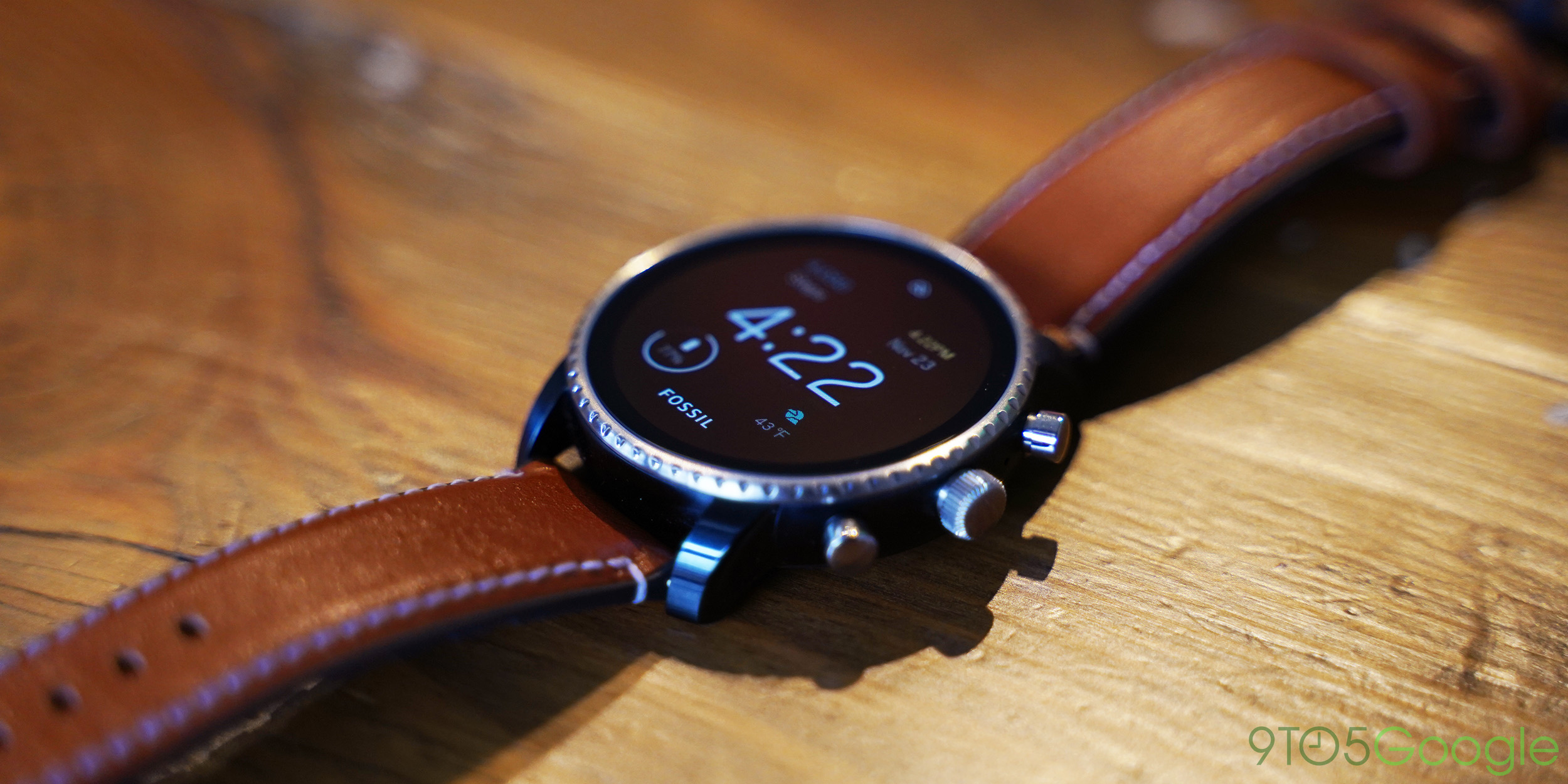 The Fossil Q Explorist HR and Skagen Falster 2, I think, are the best Wear OS smartwatches we’ve seen in quite some time. They feel polished, finished, and right on the edge of being something excellent. Unfortunately, it just doesn’t quite get there. Battery life is still the biggest weak point and without a new chipset, it’s not getting much better. Fossil feels like it’s one generation away from something that is truly great.

In the meantime, both of these watches are just further examples of killer hardware that I can only recommend with a catch. Both are solid and affordable, but you’d probably be happier with something that runs on a 3100 and takes one more step down Fossil’s path of improvements. To that note, the Fossil Sport is available for the same price. 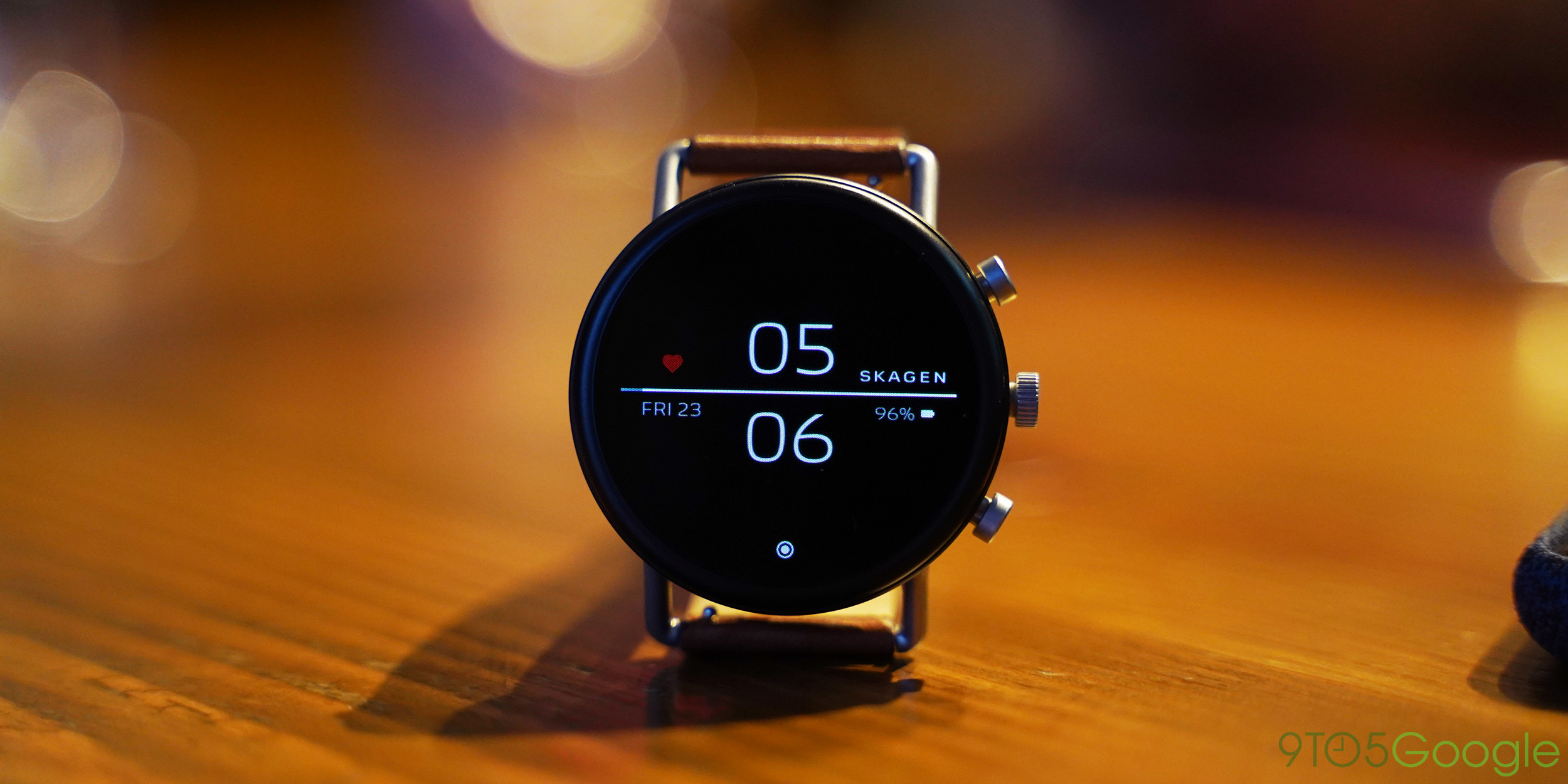