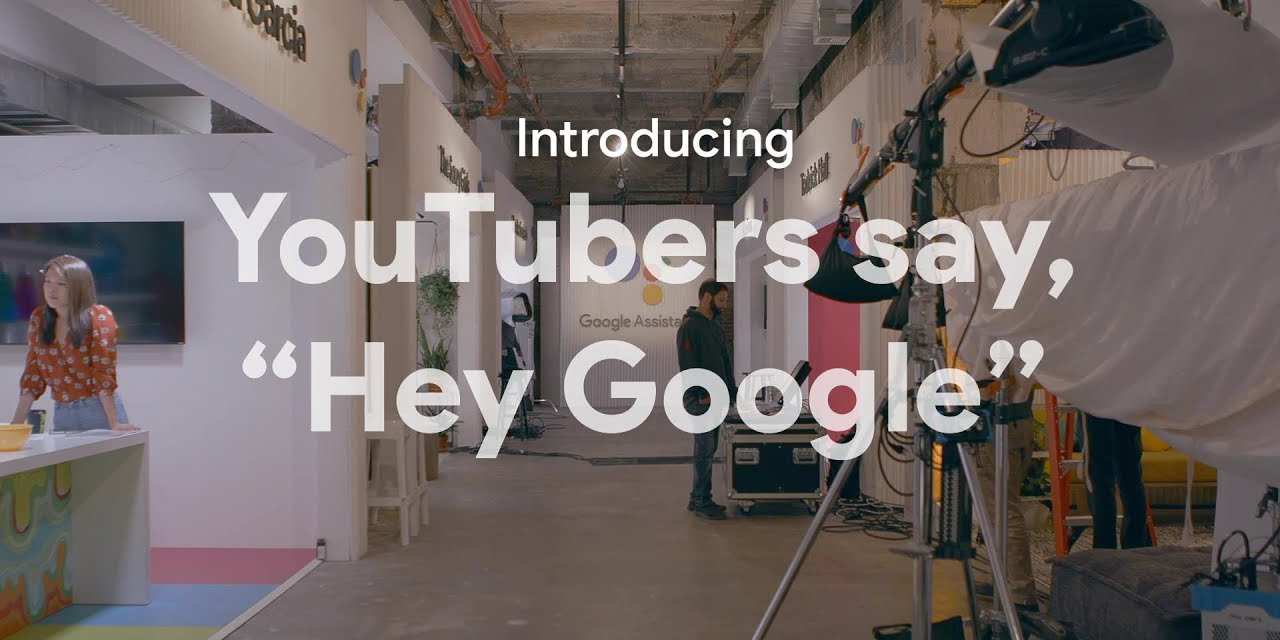 Google has enlisted the help of a whole host of prominent YouTube stars to highlight the benefits of the Google Assistant Routines feature. The videos include some of the biggest names on the website including Todrick Hall, TheSorryGirls, Jackie Aina, Lele Pons, Katrina Garcia, and The Action Lab.

Each YouTuber has made a video that showcases just what automation features and smart home devices can be utilized by the potential millions of viewers that tune into each channel daily.

We’ve seen Google go on an advertising blitz of late promoting the Pixel 3 and Pixel 3 XL, but this is new and actually a pretty neat way of promoting the power of Google Assistant without needing to censor the words “iPhone” or “iOS”. Google has gone all out and even went so far as to build unique creator spaces for each YouTuber — again, pretty neat.

All of those featured have created a specific video in which they utilize the Google Assistant in a way that either helps them achieve something or make something. In each case, Google has created an accompanying ‘behind-the-scenes’ video that is hosted on the official Google channel — each creator is hosting this sponsored content on their respective channel — that shows you how Assistant and Routines were utilized to help the video production process.

It’s a two-pronged attack on the masses who likely won’t know which is the best voice assistant to choose and showcases just how easy it is to achieve almost full home automation with very little effort.

In all honesty, it would have been easy for Google to just add a few smart lights to each space and a few token Assistant compatible products. That said, each video does have some impressive Routine usage.

Of course, the holidays are closing in, so this promotional push is the perfect way for Google to help get more than just tech-savvy people interested in the entire Goole Home ecosystem. And all-in-all these videos are way less cringey than the Unswitchables ad campaign — save the Lele Pons “Best Quinceañera Ever” video. Yeah, that one is terrible, but the automation tips are cool.

Our very own Stephen Hall, posted recently that the Black Friday deals are one of a few key reasons to bank on a Google-powered smart home. This is yet another step from Google to try to get more of the general populace to do so.