Review: The Honor Play is a decent low-priced gaming phone without the unnecessary fanfare [Video] 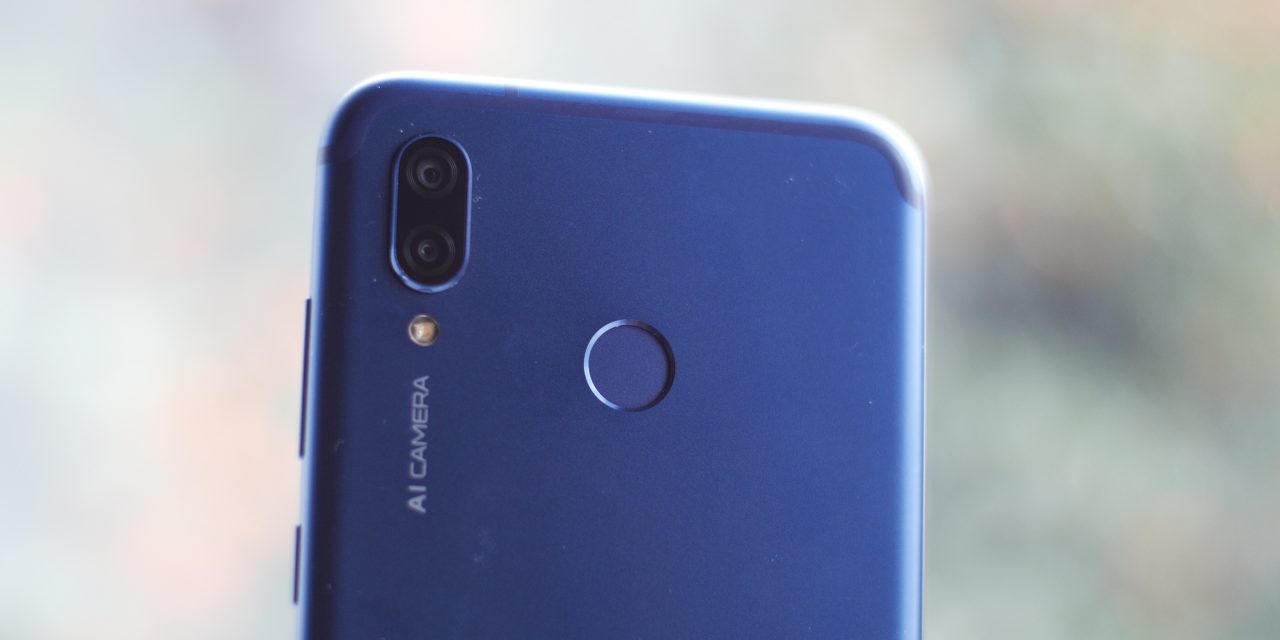 The Honor Play, simply put, is a cheap gaming-focused smartphone that looks good and comes in at under $300. Beyond that, it packs in some serious specs and performs superbly for the entry cost. Honor has a good record with making good quality, affordable devices and, to be honest, the Honor Play is no different.

Unlike many phones with a gaming focus, the Honor Play really doesn’t follow the trend. You won’t find garish LEDs or sharp angular edges or odd over-the-top design choices. Instead, this is a simple affair that doesn’t look out of place next to other devices in and around the same price point. The Honor Play even takes a few design cues from older Apple devices — specifically the iPhone 6— and parent brand Huawei’s affordable lineup too.

It’s because of this that I think most people wouldn’t even realise this phone was being sold as a gaming phone. And the only real clue is that this smartphone has “Play” in its name. Despite all of this, even though this is a phone with a gaming sales angle, it offers an impressive amount of performance and everyday usability.

And then when you consider just what is packed inside the Honor Play, the price tag starts to become just that bit more attractive. It has exceptional specifications for a sub-$300 cost and it really is hard to see where many of the corners have been cut.

I instantly thought of the Huawei Y9 as soon as I picked up the Honor Play, there is definitely a hint of the design here in my opinion. It’s nice to see and feel a fully aluminum body smartphone when so many smartphones in 2018 are glass-backed slippery handsets. Not that the Honor Play isn’t slippery, it sure is.

It is reassuring on a sub-$300 handset to get a quality feel in the hand. This mid-range price-point is seeing lots of quality and the Honor Play is no different. Everything does feel very much like a retread or mash-up of many iPhone-influenced Huawei and Honor handsets released in recent years — which isn’t necessarily a bad thing. 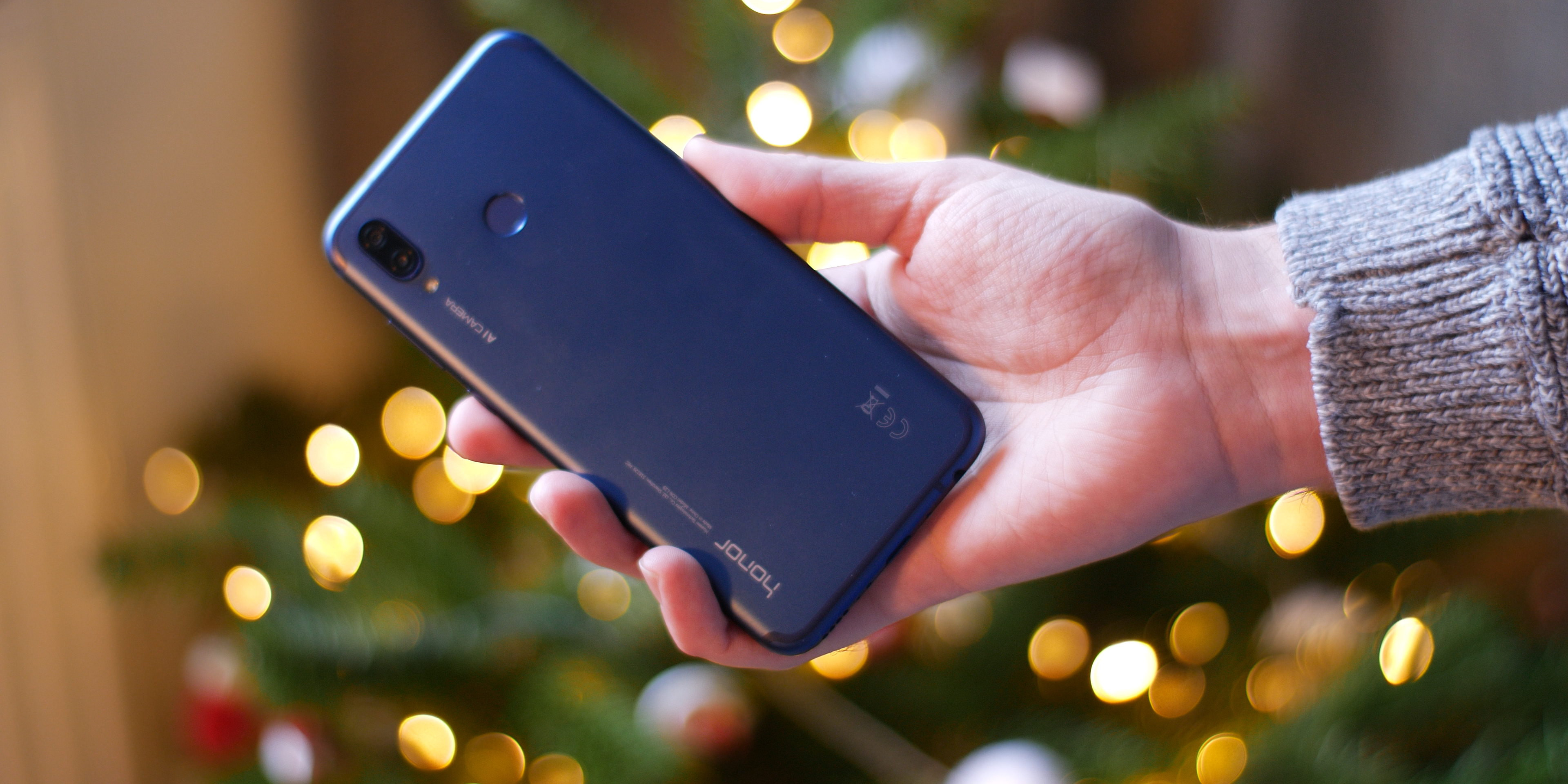 It’s not a thick phone per se at 7.5mm, but it has a reassuring chunky feel like many of the older iPhone models. The color options are unlike anything released by Apple before, my Navy Blue review unit being particularly striking compared to the plain Jane black and white handsets that we are used to seeing.

There aren’t huge bezels on the device and I would personally say they are thin enough. But the chin is made bigger thanks to that unnecessary Honor logo embossed under the front glass. Honor has even added some other not-needed hints that this is in fact made by the brand round back too. I think this is a trend we see from Chinese manufacturers that simply want to make it known to the general public who made the device. 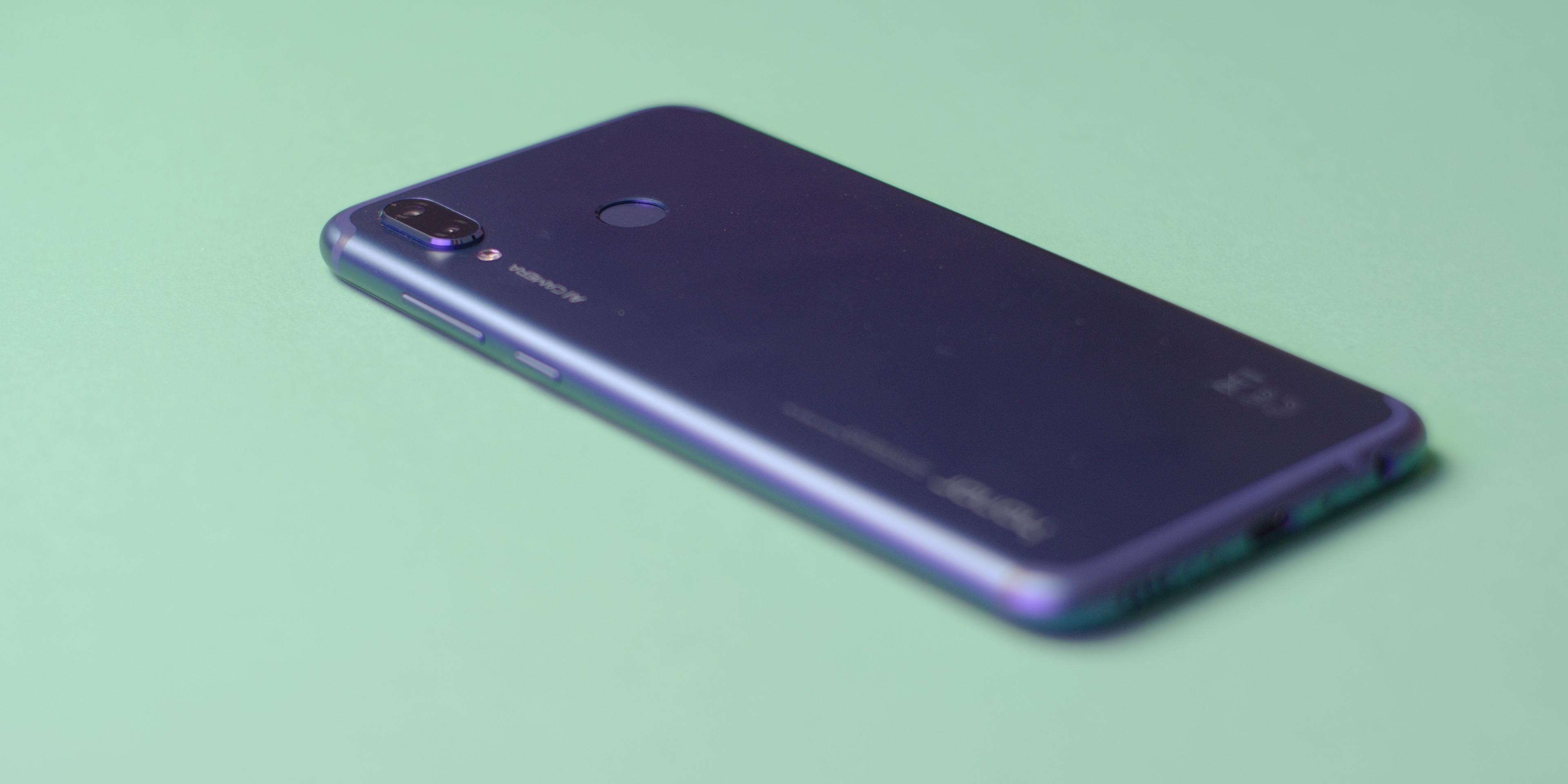 So the internals for the entry price are actually pretty substantial. The Honor Play has the Kirin 970 chipset packed inside, which is the very same CPU found in the Huawei P20 Pro and Honor 10. That means really snappy performance from an early 2018 flagship chip.

There is also 4GB of RAM and 64GB of internal storage that can get bumped up thanks to the inclusion of microSD card expansion. In terms of these inclusions alone, this really could be considered an affordable flagship in most regards. As for input ports, you get a headphone port and USB Type-C charge support too.

Down at the bottom edge is also the single downward firing speaker. Now I wanted to really criticize this portion of the device but it is actually a pretty good speaker truth be told. Yes, it’s very easy to cover and muffle, but when uncovered it gets loud and has some pretty solid sound. 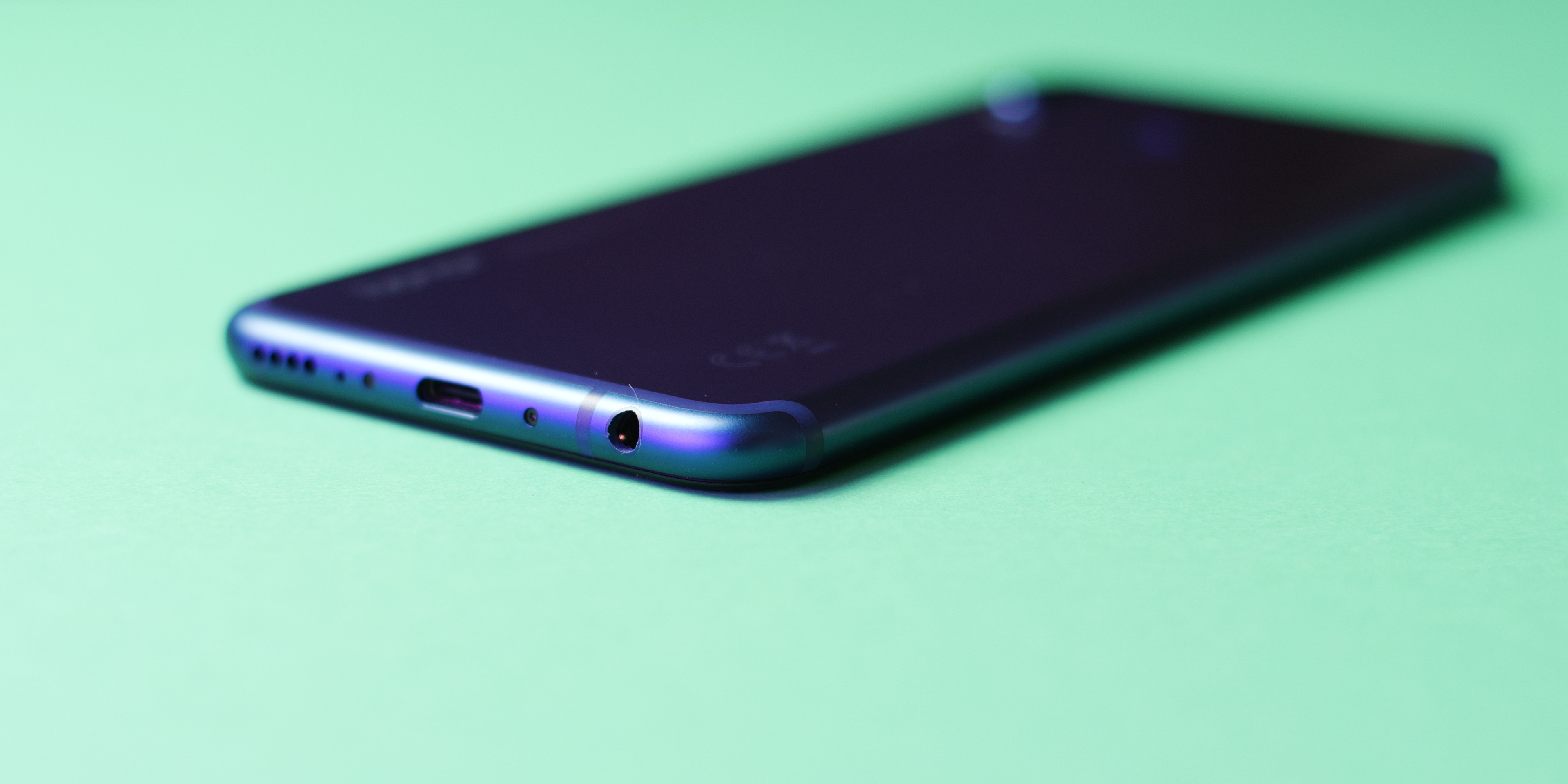 Round back there is a dual camera array — more on that later — alongside a fingerprint reader. One minor problem I have is how deeply recessed fingerprint reader feels. It’s also on the smaller side but is pretty darn fast all things considered. I must also admit that I really do like the little blip sound effect that plinks as you unlock using your finger. Although I kind of have a feeling that this smaller fingerprint reader is best suited to smaller hands — children specifically.

I am a big fan of a slim design and the choice to opt for an aluminum build — something that is seemingly less common when Qi Wireless charging is slowly becoming standard.

The display is only area that really feels less than top-notch in terms of the hardware on the Honor Play. That’s not to say it’s bad, it’s a great FHD+ display that gets lovely and bright. It’s the unnecessary notch that really lets the display down in my opinion. I used the in-built notch disabling option after only a short period using the phone as it felt like an addition just for the sake of it to be completely honest. 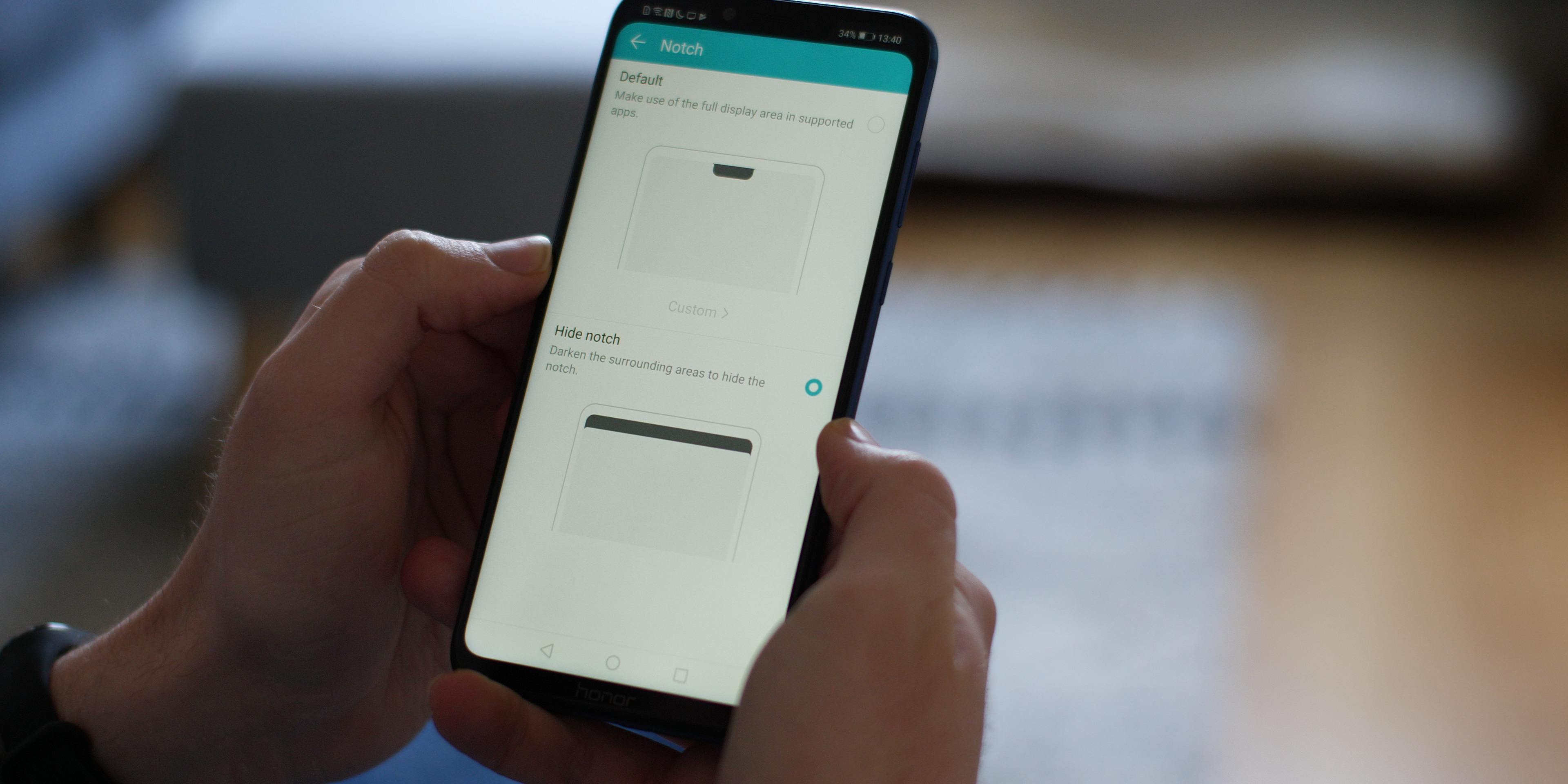 With that criticism aside, the display is crisp, clear and although it never reaches the heights of the true high-end, it’s way more than adequate. The 409 pixels per inch were more than enough for me at least. I like the footprint of this 6.3-inch display. The thinner bezels and 19.5:9 aspect ratio all combine for a screen experience that is simply great. It’s not exceptional, nor is it poor. Just great.

It would have been exceptional to have seen a higher refresh rate display on the Play, that said, it would have understandably ballooned the cost. 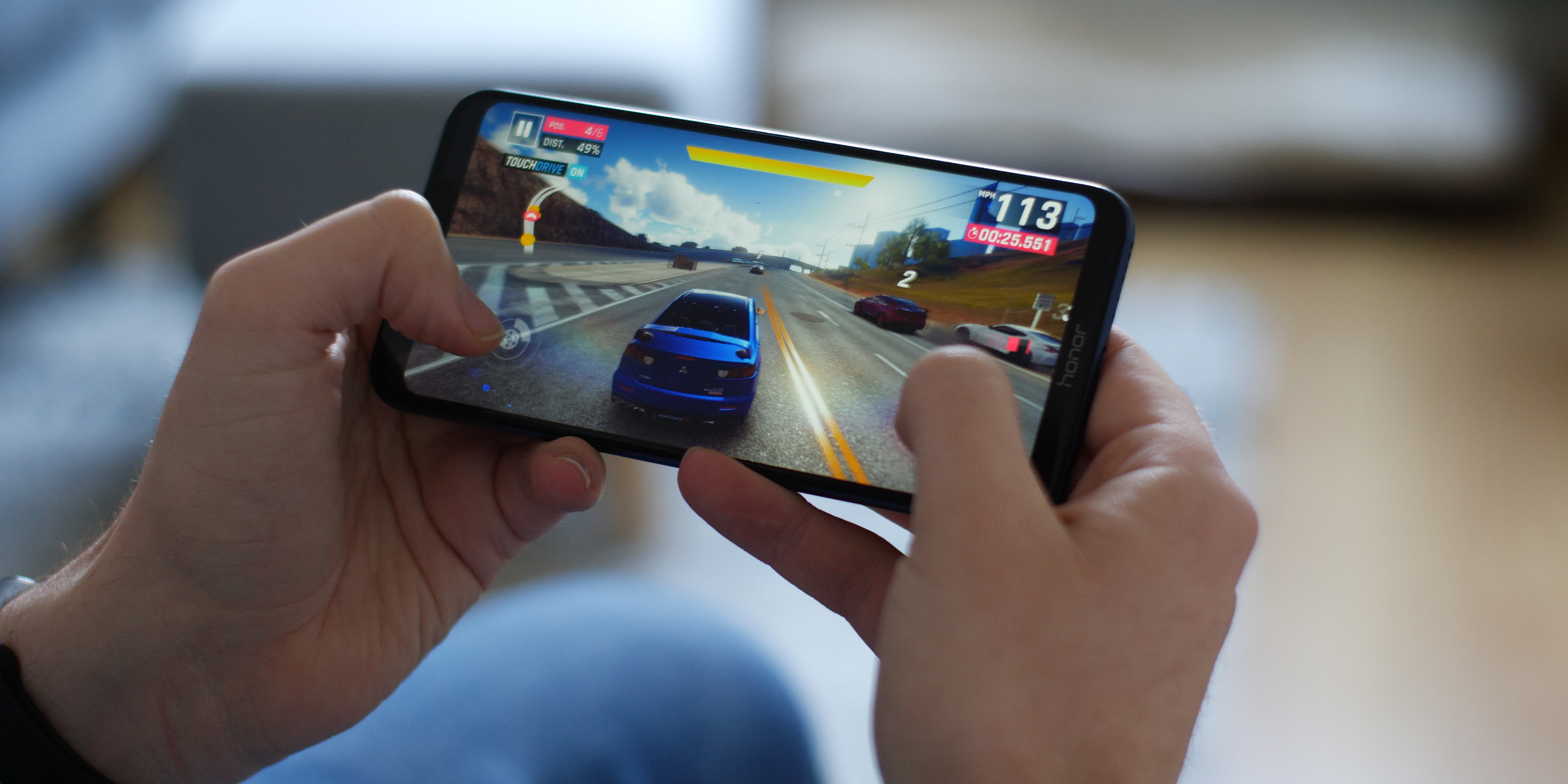 I’m disappointed that my review unit shipped with Android 8.1 Oreo but as this device was initially available in August, it isn’t too much of a shock in all honesty. As Honor is a Huawei subsidiary, you get a slightly tweaked version of EMUI 8.2.0, which will be familiar to quite a few people out there already.

As this is a gaming phone in all but design, my device came with 6 games pre-installed. That’s not a massive issue, but it is something that I would have preferred to have been optional at the very least. When adding a few titles of my own I found that it didn’t really make too much of an indentation into the 64GB of onboard storage.

Operation is pretty snappy, but it doesn’t quite match that of the OnePlus 6 for instance. This isn’t a complaint, as switching between games and applications was fast and consistent. Only the camera seemed to take a second for a ‘full’ load. My biggest concern with this device will be the slightly lower RAM amount. Will it be as snappy once EMUI receives an update? 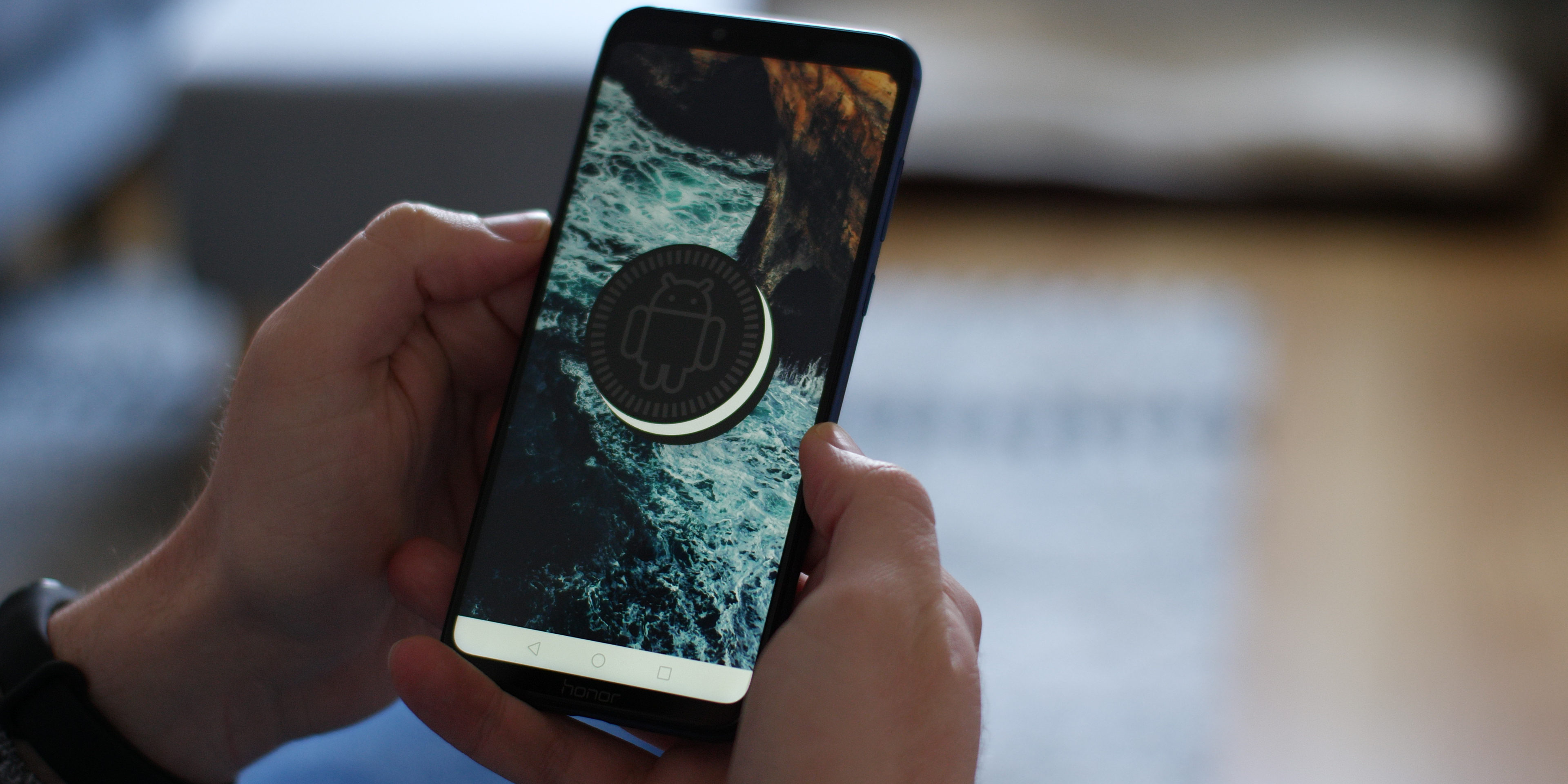 I think in the past I have been harsh on custom UI skins but having tested quite a lot of devices throughout 2018, I think that my opinion towards third-party skins is softening somewhat. Would I prefer this device with stock or close-to-stock Android though? 100%.

Gaming performance has been very good throughout my time with the device, I only really play the Asphalt racing games as they are a great casual racing game akin to the Burnout series, which happens to by one of my favorite gaming franchises.

The 12-core Mal-G72 MP12 GPU handles most graphically intensive games with aplomb. I have yet to see any real slowdown or performance issues in 3D games like Asphalt 9 or Shadow Fight. 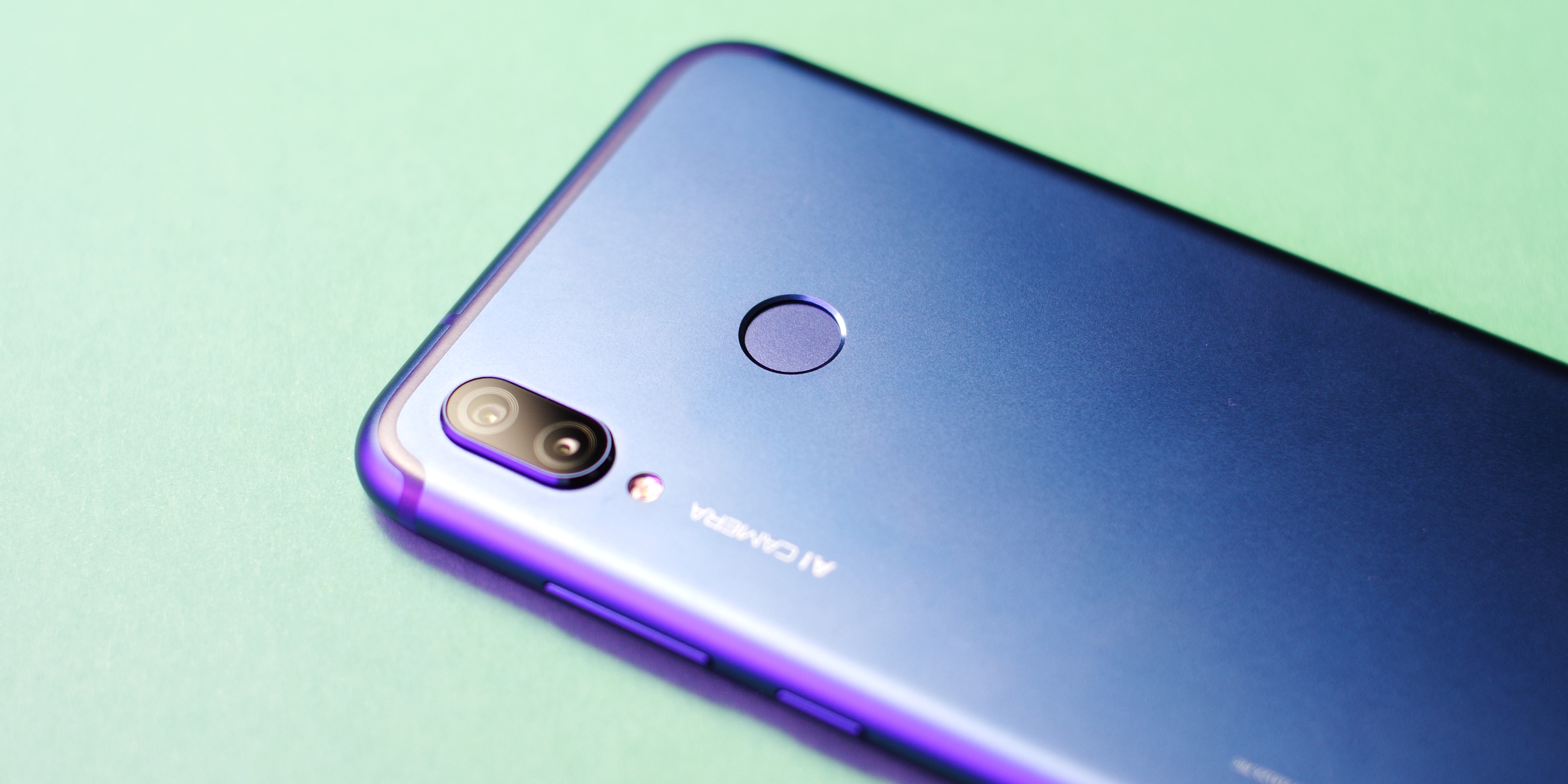 I would call the camera hardware modest at best. You get a main 16-megapixel shooter at f/22 alongside a secondary depth-sensing 2-megapixel sensor at f/2.4. That secondary sensor helps with portrait photography, not that it is all that great on the Honor Play.

Night time photos are most definitely more miss than hit, but during the day you can achieve some great photos. The selfie camera is most definitely on par with the rear-facing option. It packs in a 16-megapixel sensor with an f/2.0 aperture for crisp and somewhat unflattering results.

For video shooters, the 4K 30fps video recording is not too bad either. I found the lack of optical image stabilization is evident when shooting video, but I did find using the video camera to be easy and accessible. The results are pretty decent too, I am a fan of the colors straight out of the camera which is not often the case with many smartphones. 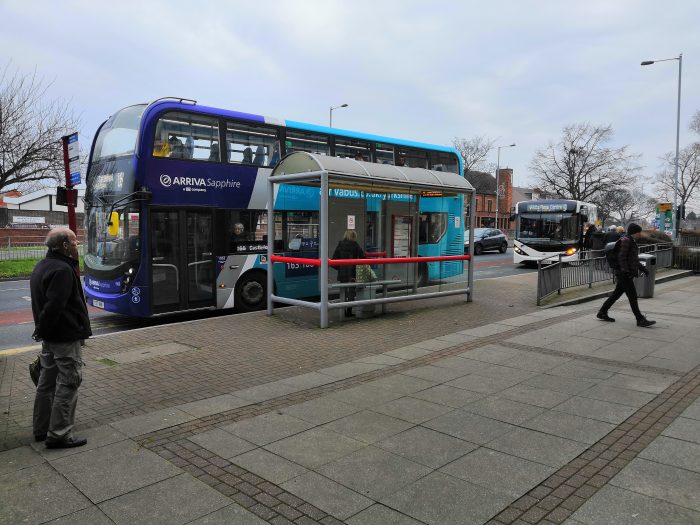 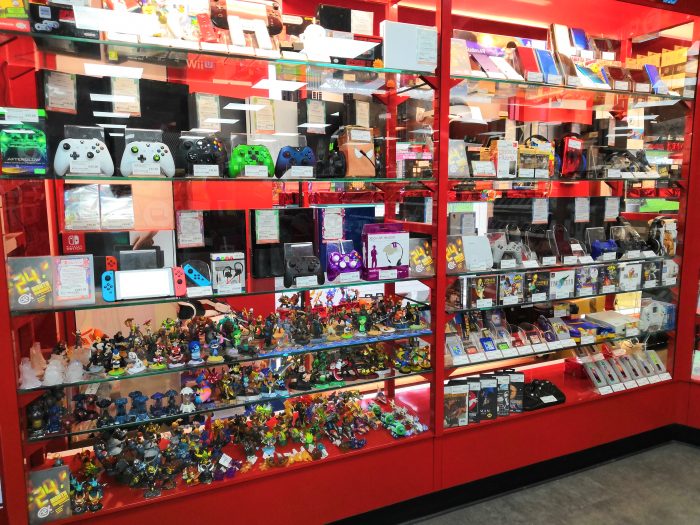 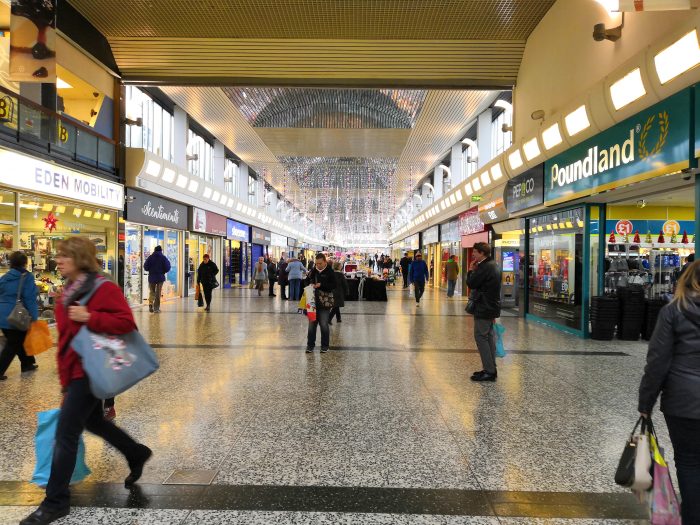 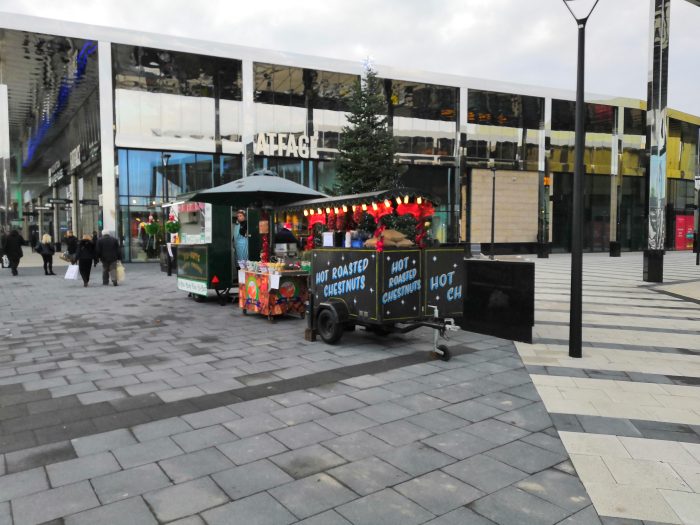 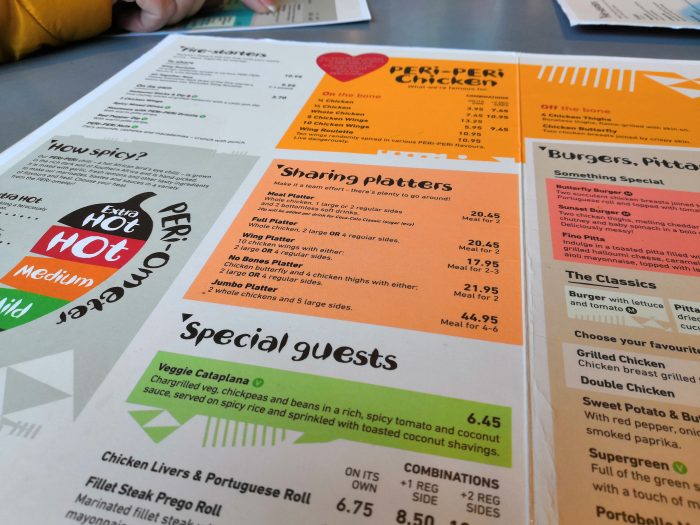 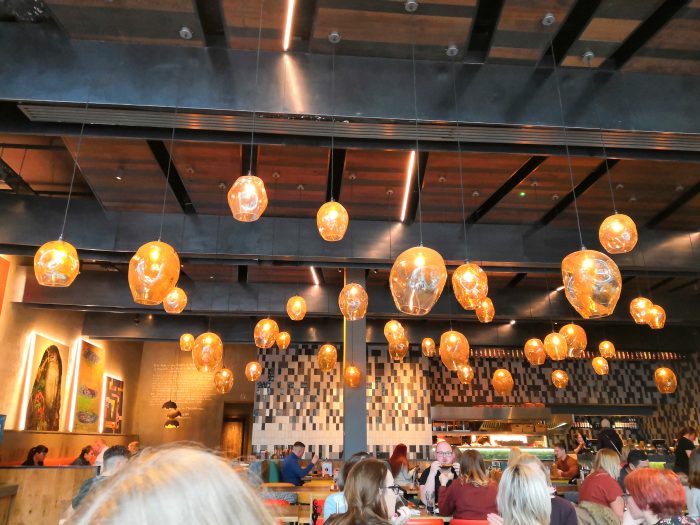 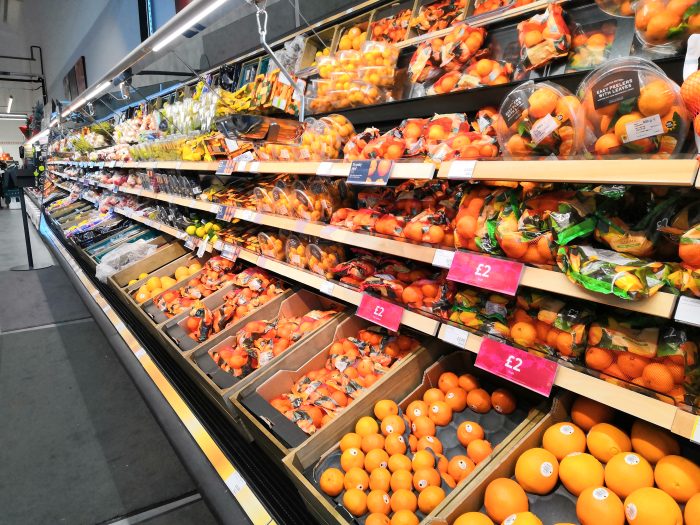 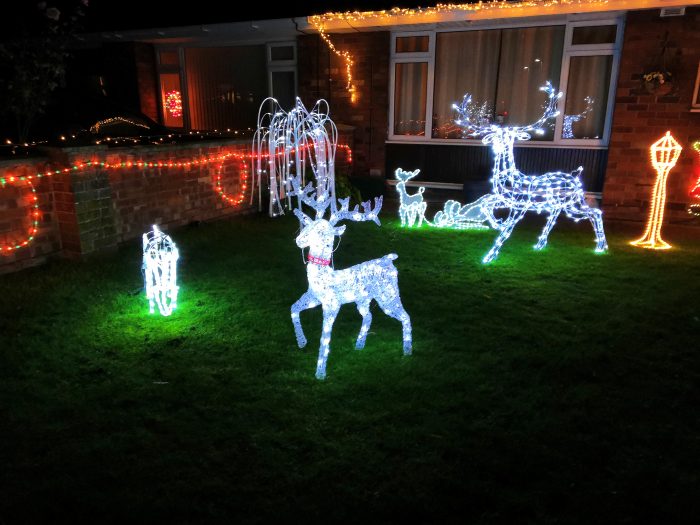 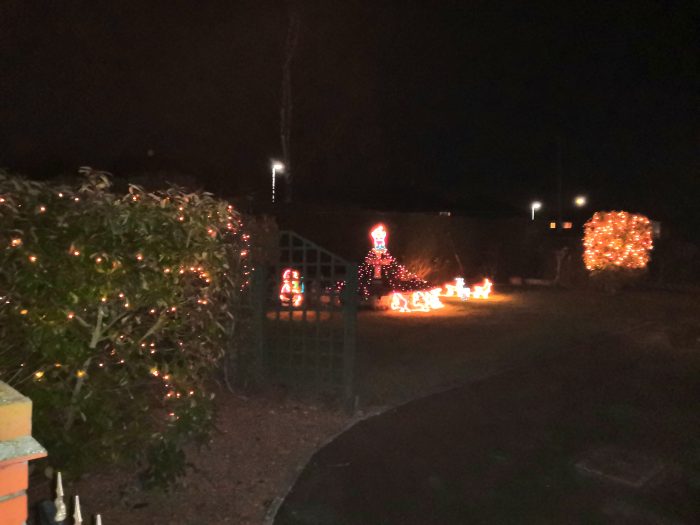 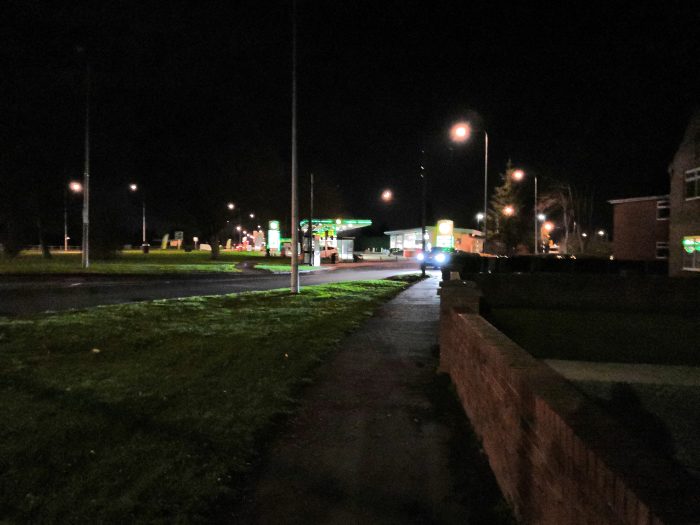 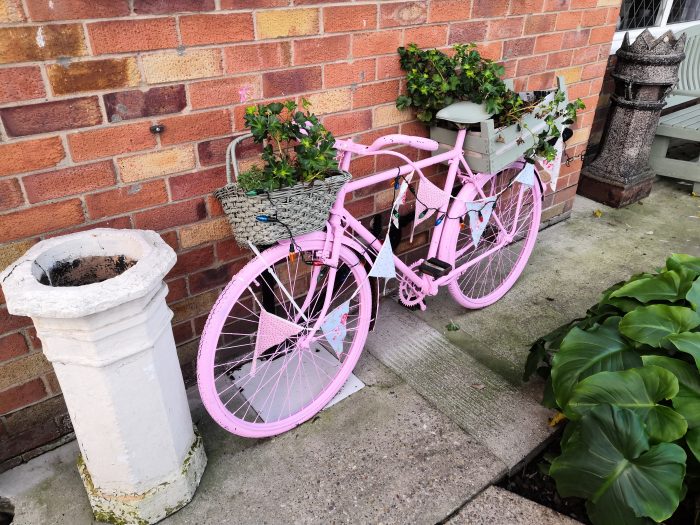 One area that I really expected excellence was battery life, but I left a tad underwhelmed. When playing graphically intense games like the Asphalt racing series games, the 3750mAh battery did start to dwindle pretty quickly and the back of the phone did begin to heat up a little.

I found that the Play managed to withstand my average usage levels. I did find myself gaming a little more using this phone to really test the capabilities and that is where the battery really did the most of the ‘disappointing’.

If you just game sparingly or barely, then I really don’t think you will be disappointed with the battery. I managed a couple of days of 6 hours+ screen on time just using as I normally would — which usually includes Netflix casting, YouTube viewing, plenty of Twitter scrolling, Gmail usage and hundreds of SMS and WhatsApp messages being sent and received.

The battery is not bad, I am possibly being harsh as I felt as though it should manage a full day of extended gaming. That likely isn’t possible on any smartphone yet, so take my minor criticism with a grain of salt.

The hardware on the Honor Play really is lovely in my opinion. I’d have to say that it is very much like the Huawei Y9 in design, albeit with a notched display and slightly different camera bump round back. The internals for the price are impressive, even more so if you pay a tiny bit more to pick up the 6GB RAM variant. I can’t honestly say this is a world-beating gaming phone and the only reason for that is that most gaming phones really don’t offer anything different from the standard flagship.

When the Honor 10 costs a decent chunk more but for not a great deal extra, it becomes easier to recommend the Honor Play. Gaming performance is pretty good, although any device with above average specifications will be able to play games more than admirably when they all, in reality, have very similar (and capable) hardware.

For me, the cost is the great leveler with the Honor Play. It would have been amazing to have seen a higher resolution, higher refresh rate display alongside front-facing speakers, but the increased cost would likely encroach upon the Honor 10 and to be announced Honor View 20. For $300 though, you’re getting a hell of a good phone and one that really surprised me from the moment I opened the box.

Whilst Honor has tried to create a gaming phone with the Honor Play, they have managed to create just a really high-quality mid-budget smartphone that has a lovely build, decent battery life, a good camera, and also happens to game quite well.  Beyond that, at under $300, it’s just a great purchase.

Get the Honor Play