In its latest update, YouTube has just revealed plans to ditch one of its built-in sharing features. Starting later this month, the built-in sharing options for Twitter and other social networks will be removed from YouTube.

Available for years now, these built-in features have enabled YouTube creators to automatically share their new videos to their connected social media without visiting another site or using other services.  It’s certainly a handy feature, which makes it unfortunate that it’s being killed off.

Revealed in a post by a Team YouTube member earlier this week, this functionality will be going away for all users by January 31st. This won’t affect options like adding social media links to your channel banner or sharing from the video page, but it’ll completely take away the ability to share automatically to Twitter and Google+.

YouTube doesn’t provide any reason for why this functionality is going away, interestingly. Unlike other recent feature removals which were taken out due to minimal usage, this one seems odd considering a huge number of creators still take advantage of the functionality.

The options in YouTube Settings > Connected apps > “Share your public activity to Twitter” will be going away. This only affects sharing of public activity going forward, items already shared will remain on Twitter… You’ll also no longer see the option to automatically share your video on Google+ and Twitter via the upload flow in Creator Studio. 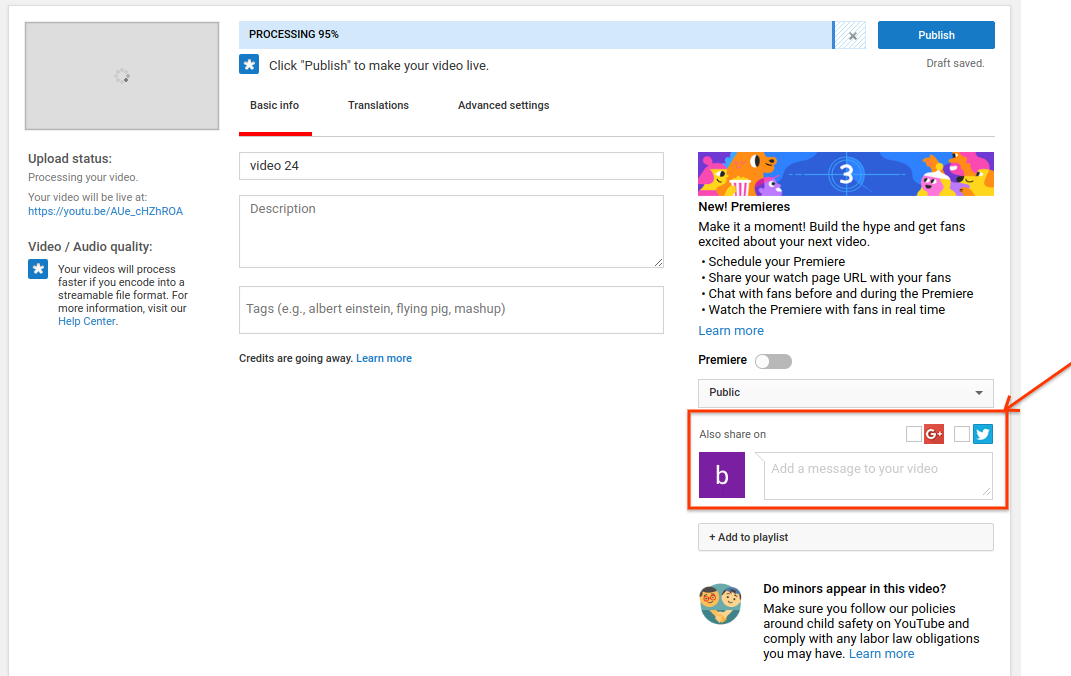 Regardless, if you’re using this functionality at the moment you’ll want to find an alternative to posting automatically following the January 31st change.