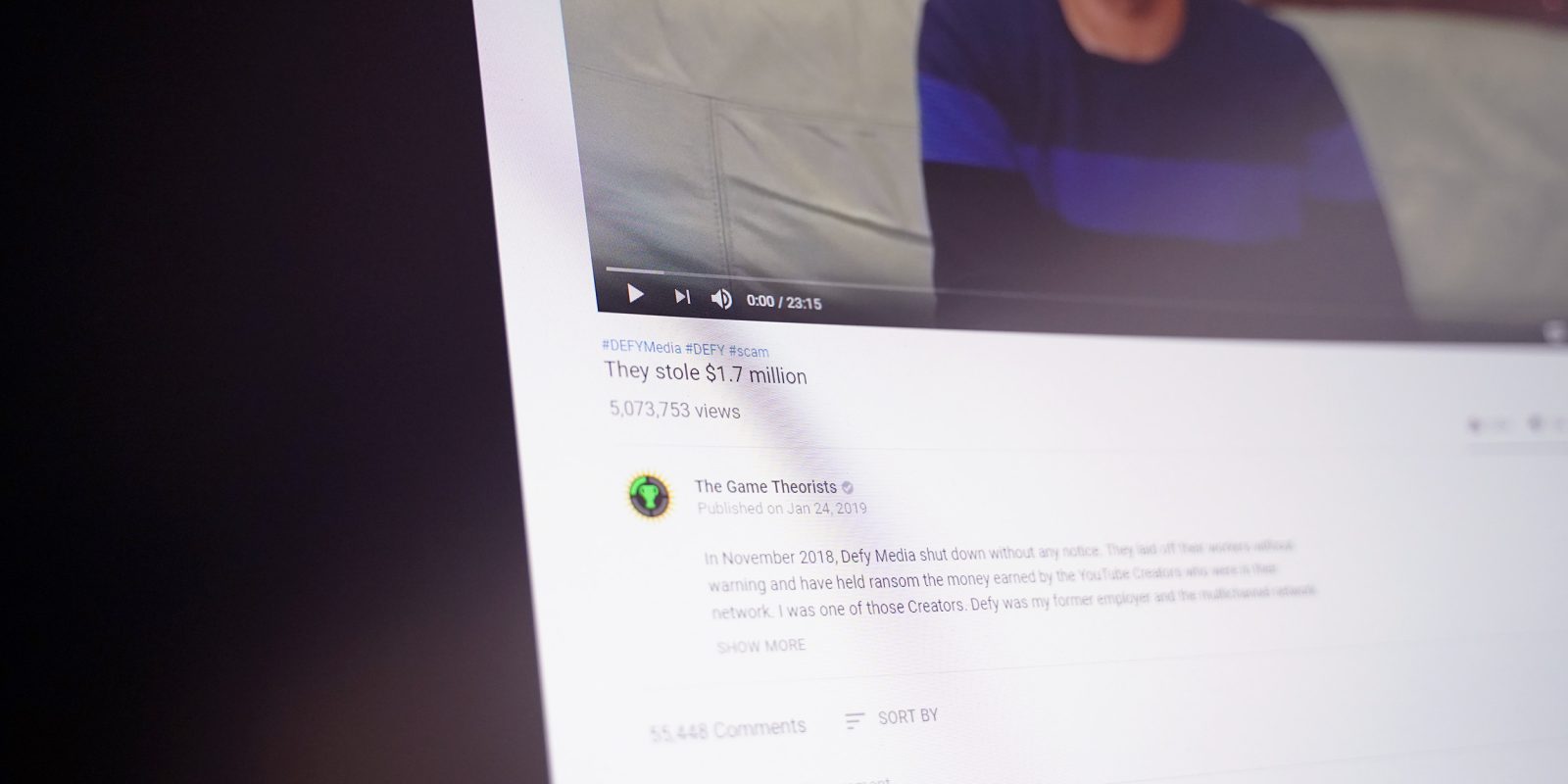 As we’ve seen from past problems, making money on YouTube can sometimes be a headache. For many channels, multi-channel networks can be a reason for that. Last year, MCU Defy Media closed down basically out of the blue. Now, a couple months later, it’s been revealed that the network’s closing also left dozens of channels out of huge amounts of money.

If you’re not aware of the Defy Media situation, late last year the company collapsed, letting go of all of its employees without any warning. Despite huge investments including a $70 million funding round in 2016, Defy collapsed and left the millions of dollars out of the hands of creators. As Matthew Patrick, better known as MatPat from his channel Game Theorists explained last week, Defy held approximately $1.7 million when it shut down and at this point, it’s unlikely that money will ever see its rightful home.

Multi-channel networks, as the below video explains, work by having YouTube channel payments directed through the network before being passed along to the channel owner. This is to allow the MCN to take its cut of the earnings for the services provided.

As The Verge points out, Ally Bank went to Twitter to explain its stance in the Defy Media situation, explaining that the now-closed company had taken a loan that it was unable to pay back from the bank. Currently, what’s left of Defy Media is being liquidated.

Ally made a loan to Defy Media that it was unable to pay back after experiencing excessive losses and the owners refused to continue to support the company. (1/2)

Defy is being liquidated by a professional hired by their Board of Directors, and Ally stands to lose most of its loan. We are sympathetic to everyone caught up in this mess, and unfortunately Ally is also experiencing a substantial loss as a result. (2/2)

Of course, due to how MCNs handle funds, a large portion of the money left in Defy Media is actually meant for creators rather than money the company itself has. It’s for this reason that multiple lawsuits are currently in place against Defy Media, as well as why this situation has gone public. MatPat’s video explains that Defy actually withheld payouts for a month in order to “make their books look better for investors.”

Between 50 creators, $1.7 million is currently owed. Due to the fact that Ally Bank is looking at a “substantial loss” from the unpaid loan, it seems unlikely that these affected creators will end up getting their money back. Pleas from these creators as well the lengthy explainer from MatPat, though, may help Ally understand what the money Defy left behind is made up of.

MatPat explains that the channels affected in that total range in size, and thus the amount owed, but a simple calculation shows that if they were all owed the same amount, it’d still come down to well over $30,000 per channel.