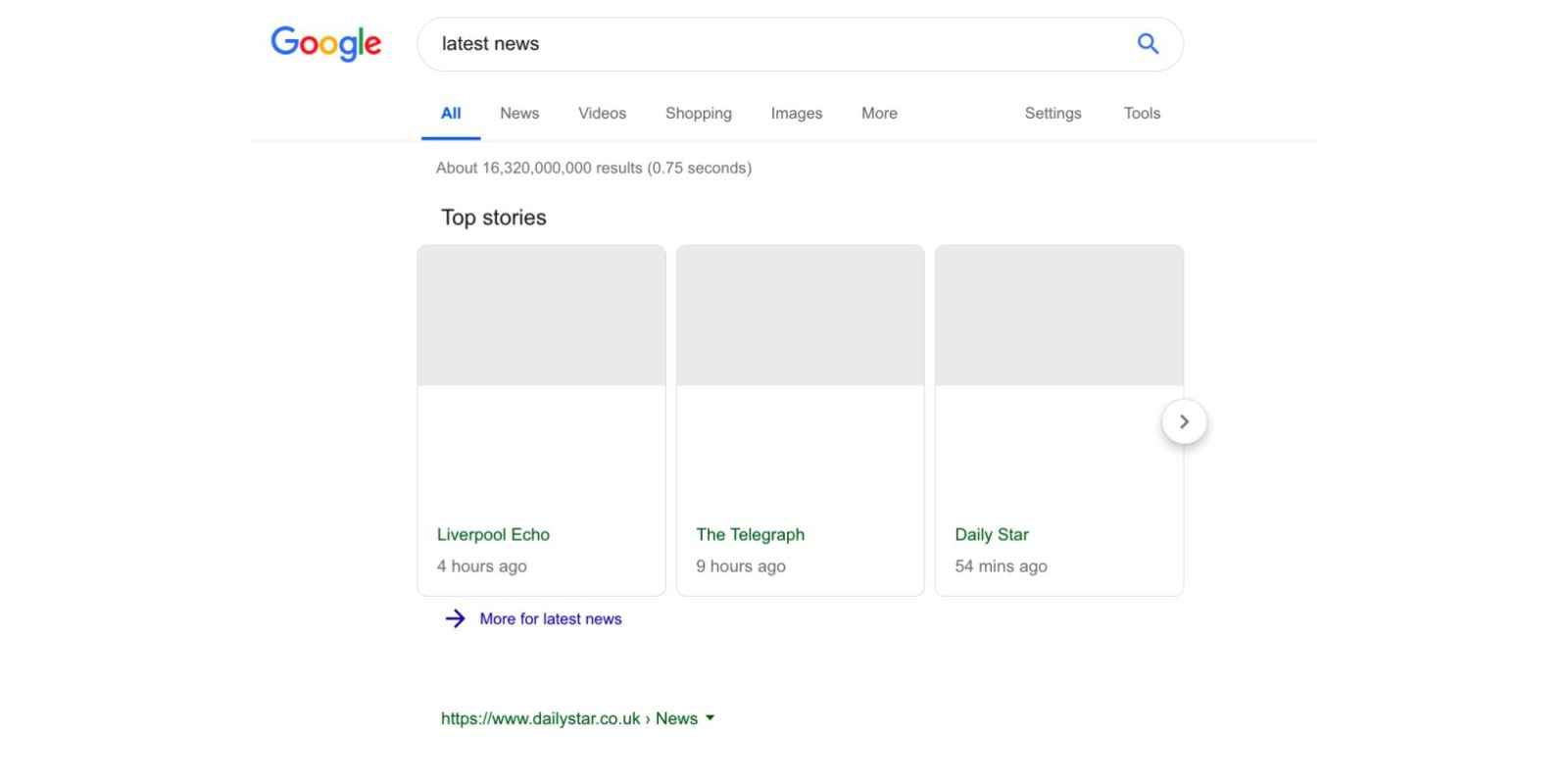 Last month, Google tested the impact of Search news results that lacked snippets, headlines, and images to comply with the European Union’s proposed Article 11. Ahead of the Copyright Directive being finalized, the company shared how news publishers could see a 45% reduction in traffic.

After talks between European nations on the Copyright Directive stalled last month, legislators in the coming days are set to finalize the text. Google reiterates its support of “updating copyright legislation for the digital age.” However, it is very vocal against Article 11 and 13 due to “unintended consequences.”

Article 11 — known as the “link tax” — forces search engines and online news aggregators to pay licensing fees when displaying article snippets. This is aimed at helping news publishers by requiring tech giants to sign commercial licences to use news summaries in their products. Google argues that snippets “encourage viewers to click through to publishers’ sites.”

Last month, Google conducted a Search experiment to “understand the impact of the proposed Article 11.” This included news results in Search that only featured URLs, very short fragments of headlines, or no preview images. The company reports that “all versions of the experiment resulted in substantial traffic loss to news publishers.”

Even a moderate version of the experiment (where we showed the publication title, URL, and video thumbnails) led to a 45 percent reduction in traffic to news publishers. Our experiment demonstrated that many users turned instead to non-news sites, social media platforms, and online video sites—another unintended consequence of legislation that aims to support high-quality journalism. Searches on Google even increased as users sought alternate ways to find information.

According to Google, even “moderate” results that included the publication’s name, URL, and video thumbnails led to a 45% drop in traffic. Users turned to other news sources at the expense of the high-quality journalism that the link tax aims to support.

As an alternative, Google suggests that Article 11 allow the “sharing of facts and the use of traditional limited previews—whether text-based snippets or other visual formats like thumbnail photos—which provide needed context for web users.” The company also believes that the Copyright Directive should let publishers grant free licenses to tech companies, which is currently prohibited in the draft proposal. Meanwhile, Google could shutdown Google News in Europe as a result of Article 11.

It’s not realistic to expect that online services would be able to put commercial licenses in place with every single news publisher. If it’s only payment, and not quality, that decides which headlines users get to see, the results would be bad for both users and smaller and emerging publishers.

On Article 13, Google argues that holding services “directly liable for any copyright infringement in the content that people share on their platforms” would “harm the thriving creative economy in Europe, including YouTube’s creator community.” Namely, Google could block some YouTube videos on the continent.

Companies that act reasonably in helping rights holders identify and control the use of their content shouldn’t be held liable for anything a user uploads, any more than a telephone company should be liable for the content of conversations. We are committed to protecting content, but we need rights holders to cooperate in that process. The final text should make it clear that rights holders need to provide reference files of content, and copyright notices with key information (like URLs), so that platforms can identify and remove infringing content.