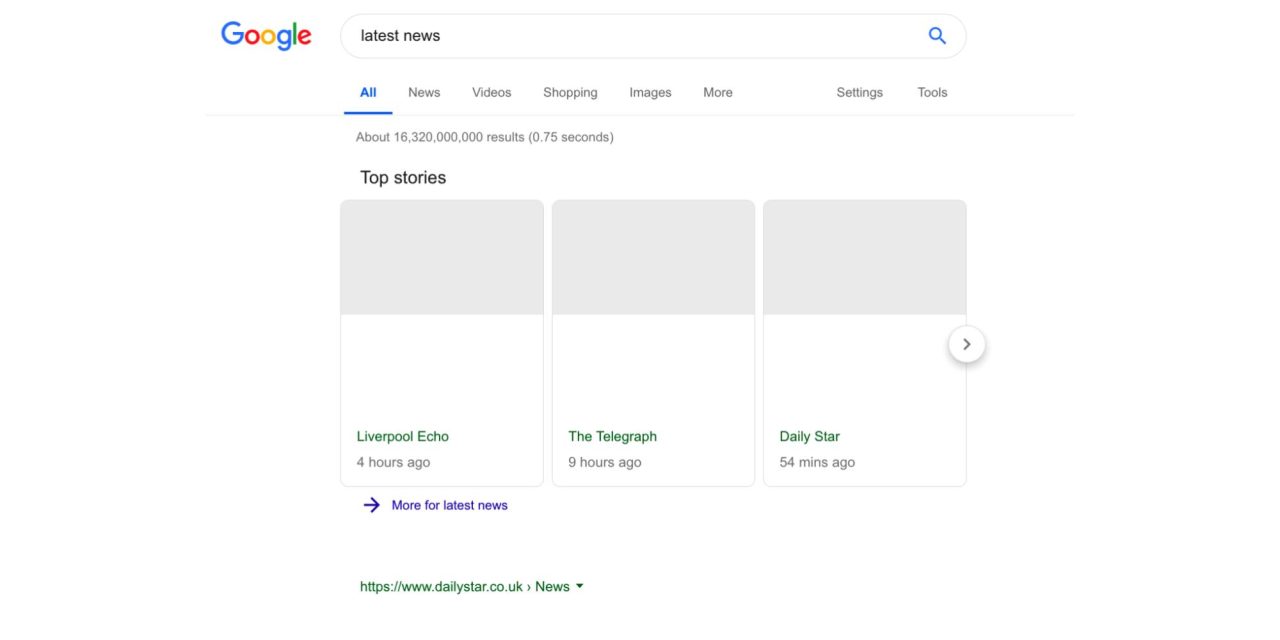 Since the European Union Copyright Directive was introduced last year, Google and YouTube have been lobbying against it by enlisting creators and users. Ahead of finalized language for Article 11 and 13 this month, Google Search is testing possible responses to the “link tax.”

Google discussed possible ramifications in December if Article 11 was not altered. Google News could be shutdown in Europe, while less news articles would appear in Search results. This could be a determinate to news sites, especially smaller ones, that rely on Search to get traffic.

The company is already testing the impact of Article 11 on Search. Screenshots from Search Engine Land show a “latest news” query completely devoid of context. The Top Stories carousel would not feature images or headlines, while the 10 blue links would not include any summary or description when linking to news sites. What’s left is the name of the domain and the URL for users to click on.

This A/B test is possibly already live for users in continental Europe. Most of the stories in the top carousel lack cover images, while others just use generic graphics. Additionally, links from European publications lack any description, just the full, un-abbreviated page title and domain.

Google told Search Engine Land that it is currently conducting experiments “to understand what the impact of the proposed EU Copyright Directive would be to our users and publisher partners.” This particularly outcome might occur if Google does not sign any licensing agreements with publishers.

Meanwhile, if licenses are signed, Google would be “in the position of picking winners and losers” by having to select what deals it wants to make. Presumably, the company would select the most popular at the expense of smaller sites. In December, the company’s head of news pointed out that “it’s unlikely any business will be able to license every single news publisher.”

Effectively, companies like Google will be put in the position of picking winners and losers. Online services, some of which generate no revenue (for instance, Google News) would have to make choices about which publishers they’d do deals with. Presently, more than 80,000 news publishers around the world can show up in Google News, but Article 11 would sharply reduce that number. And this is not just about Google, it’s unlikely any business will be able to license every single news publisher in the European Union, especially given the very broad definition being proposed.

Google will make a decision on its products and approach after the final language of the Copyright Directive is released.