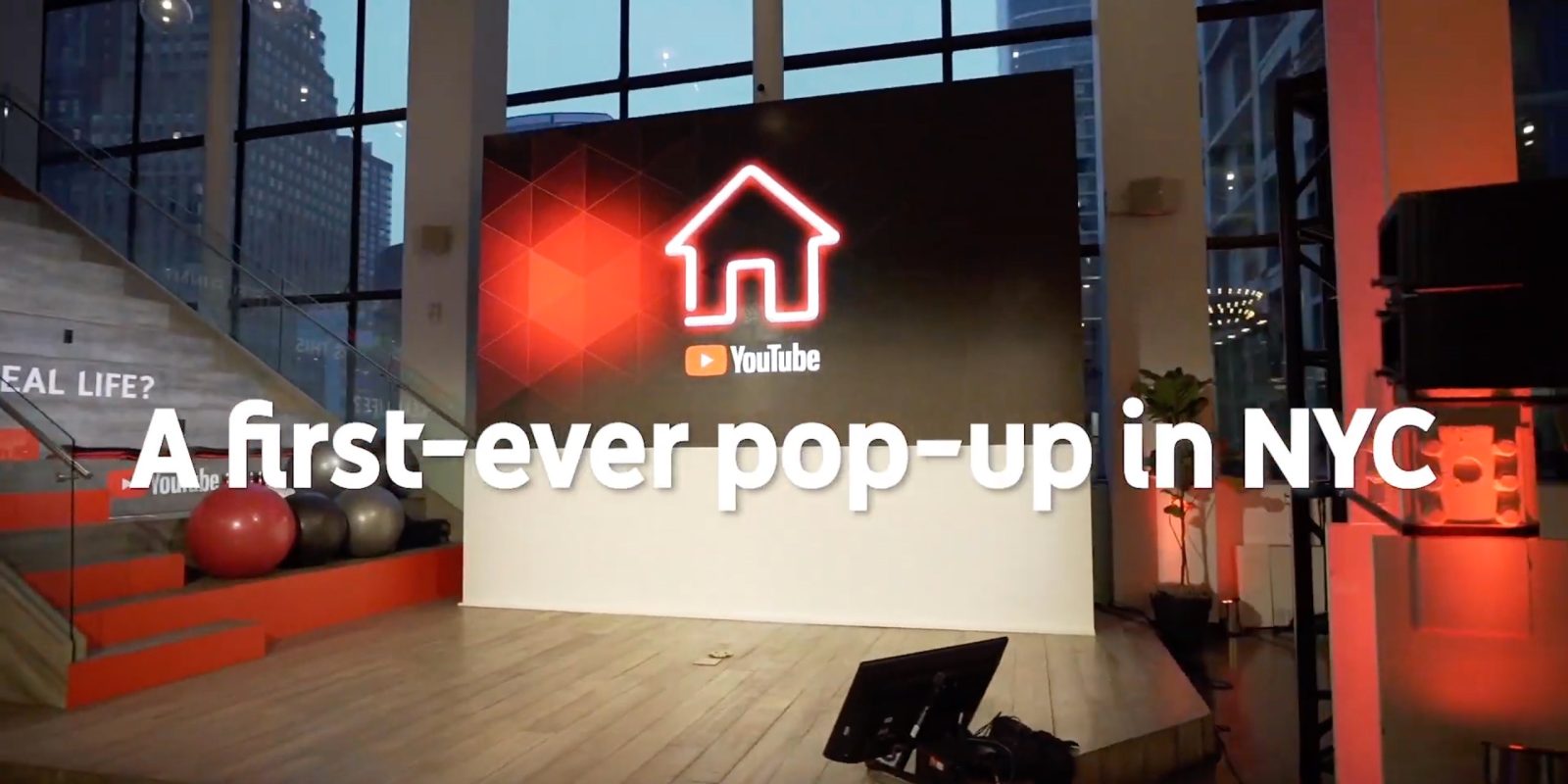 YouTube has created what it calls its “first-ever experiential house” in New York City. This YouTube House pop-up shows off the latest TV and Music subscriptions, and other aspects of the video service.

The Google company this morning released a teaser of its “first experiential YouTube House,” which serves to manifest the various communities found online into a physical attraction. For New York, the “house” appears to just be a giant floor space.

YouTube isn’t just a place for watching random videos, but a community where people congregate for music, fitness, food, culture, and so much more.

For example, cord-cutting service YouTube TV has a presence in the living room, while YouTube Music is in the music room. This pop-up also showcases communities like Gaming & VR, with the former standalone app being killed this year and integrated into the primary website. Virtual reality is shown off through the YouTube VR app and the standalone Daydream Lenovo Mirage Solo.

Other communities getting a nod include “YouTube Wellbeing” for fitness — not to be confused with Digital Wellbeing features — and “YouTube Kitchen.” This physical manifestation features a handful of famous creators making videos.

Interestingly, there was no nod to YouTube Originals, amid reports that the service is no longer pursuing “high-end,” big budget productions, and switching to an ad-supported model.

Google has often turned to pop-up experiences to advertises its product, especially Google Home and Pixel. However, there are no details on how the public can participate, or whether this is just invite-only for creators. It’s also not clear if YouTube plans to bring these “temporary digs” to other locations.