It’s not uncommon to see TV experiences littered with ads and sponsored content. Now, it seems Google may be starting to bring advertisements to the Android TV homescreen by way of a new sponsored channel row.

In an update late last year, Google added a “Promotional Channels” section to the Android TV homescreen for housing the Google Play Spotlight row. Just like other content channels such as Netflix or YouTube, it can easily be disabled.

However, in the most recent update, it looks like Google is laying the groundwork for ads on the Android TV homescreen.

Over the past few days, multiple Reddit threads have popped up regarding promotional channels appearing and not being disabled when toggled off. Most notably, one thread that XDA-Developers points out shows a user with a Sony Android TV which has a new “Sponsored” row appear. It’s worth noting that in the image below, the user in question has a network-wide ad blocker enabled. For other users, this does show sponsored content.

This lines up directly with a string we found in the latest Android TV Home update.

It’s not totally clear what this new row is designed for, but the implications are relatively obvious. More than likely, Google is planning to use this new row to show advertisements directly on the Android TV homescreen. Unlike the Google Play Spotlight row which has been present for quite some time, it seems like this could be used more for Roku-style ads.

When reached out for comment, Google confirmed that it is testing sponsored content on the Android TV homescreen. The company did not, however, explain any further on what sort of content we can expect to see, but did mention that Nvidia and Xiaomi hardware shouldn’t see this, as a previous version of this article mentioned.

Android TV is committed to optimizing and personalizing the entertainment experience at home. As we explore new opportunities to engage the user community, we’re running a pilot program to surface sponsored content on the Android TV home screen

Update: Sony has acknowledged the Sponsored section on its support pages (via ArsTechnica) The company confirms our findings that this is indeed a part of the most recent launcher update and describes the functionality as a way to “help you discover new apps and contents for your TV.” Further, it’s explained that Google controls what content is shown here and that nothing here can be disabled or moved.

Interestingly, Sony says that one way to prevent this Sponsored row from appearing is to create a Restricted Profile. That’s far from an ideal solution since it only enables users to use apps they’ve pre-approved. Still, it is a workaround that is effective.

This change is included in the latest Android TV™ Launcher app (Home app) update. The purpose is to help you discover new apps and contents for your TV… To keep content from appearing in the Home menu of your TV, you will need to create and enable a Restricted Profile on your TV and then select the apps you would like to use. 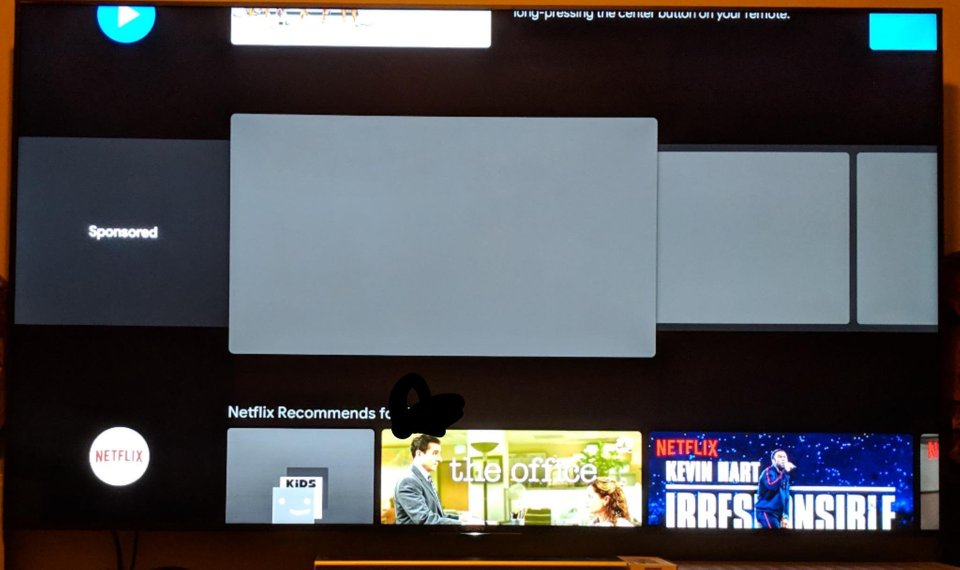