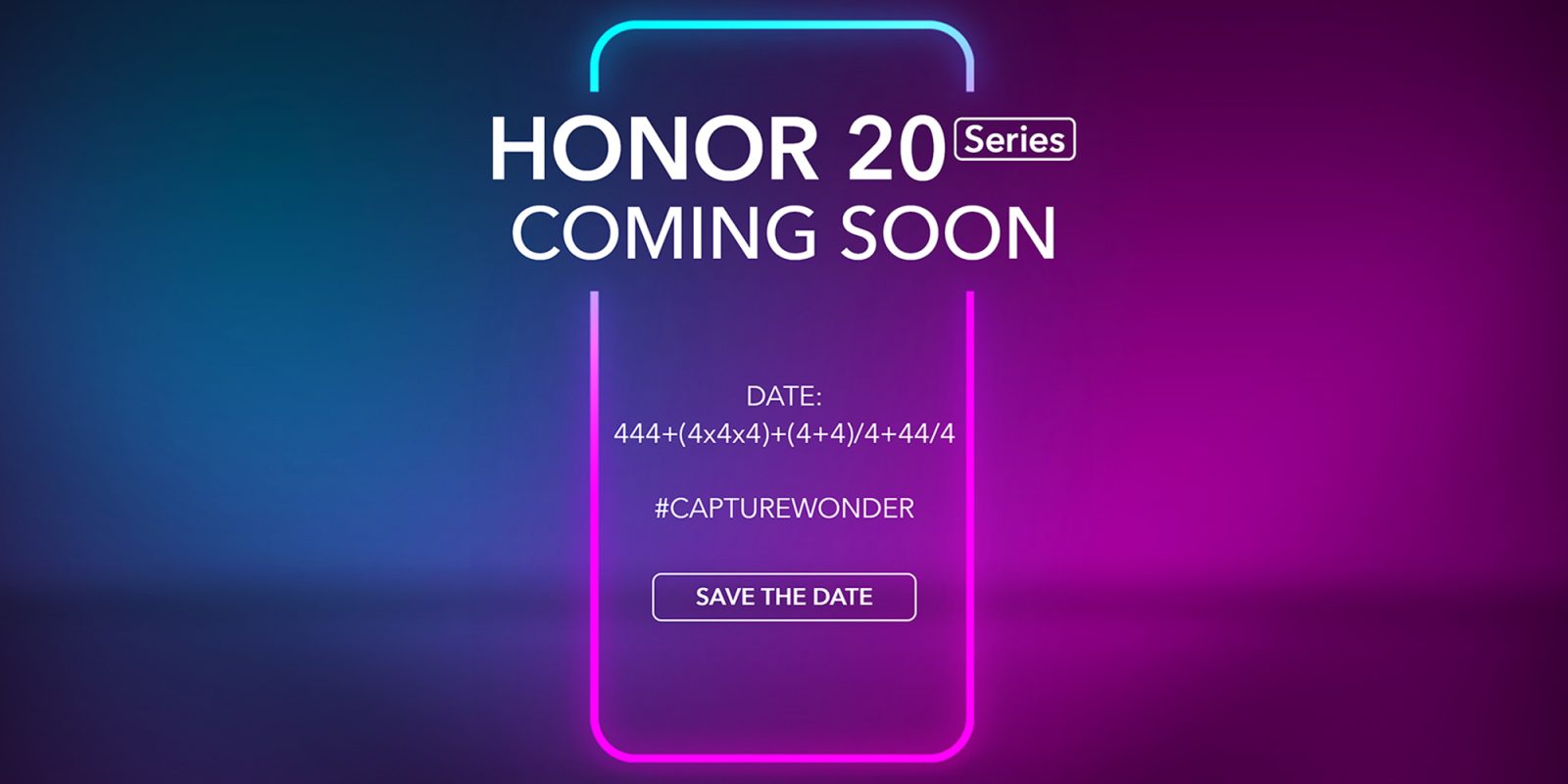 Honor, the affordable Huawei offshoot continues to grow in popularity, interest, and general device quality. That trend looks set to continue as the company has announced a May 21 launch date for its upcoming Honor 20 devices.

Usually, Honor has a habit of launching devices first in China and then at a later date for the rest of the world. This time around, it seems the Honor 20 is getting a global launch rather than having China see them first.

It doesn’t take a math genius to work out that four will play a crucial role in this upcoming smartphone and subsequent launch event. Our best guess would be that this handset will likely include four rear cameras to match those found on the superb Huawei P30 Pro.

Alternatively, it could also mean that we’ll see four variations of the Honor 20. As if often the case with Huawei and Honor launches, we could see multiple versions of the handset aimed at different price points. Another theory is that we could see a 5G model serving as a bridge between “4”G tech and 5G.

Other clues include the #CaptureWonder tagline and usage of London’s Tower Bridge in both day and night. Maybe we will see that RYYB sensor found on the P30 and P30 Pro on the Honor 20.

Of course, we won’t know until the launch event. Rest assured that we’ll be there to gather all of the intel.