Back in February, Google Fi dropped the Pixel 2 XL, but added the Moto G7 in March. Over the past few days, the MVNO online store has stopped selling the Android One Moto X4, and LG’s G7 and V35 ThinQ.

As of today, the Google Fi store only offers three “Designed for Fi” phones that take advantage of network switching and other enhanced features. At the high-end is the Pixel 3 and Pixel 3 XL starting at $799. The Pixel 2 XL was dropped earlier this year, with the MNVO often selling the previous flagship for a few months until supply runs out.

Next up is the $249 Moto G7, with the Moto G6 at $99 rounding out the mid-range lineup at a very affordable price.

The latter device sees a deep discount of $150 from $249, and could also be nearing its end of availability given that the Moto G7 is the intended replacement. The Moto G6 was added last May, and part of a notable third-party device expansion for Project Fi.

Update 4/19: The discounted Designed for Fi Moto G6 is currently out of stock, but the Fi store is letting users sign-up for availability emails. Both the Black and Blush 32GB variants cannot be purchased as of Friday. 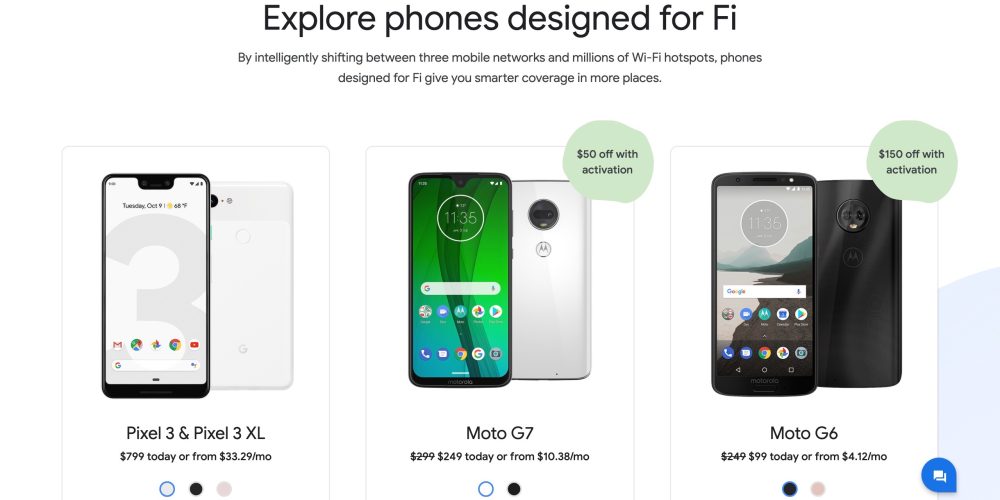 Meanwhile, the LG G7 ThinQ and V35 ThinQ were introduced in June for $749 and $899, respectively. These flagship devices were quickly discounted with various promos like billing credits, BOGO deals, and later direct discounts that made them a good deal.

The Moto X4 was the first Android One device for the US, and signaled a branding shift for “One” to become a higher-end tier of Android device. It was announced in September 2017 for $399 as the first non-Google Fi device, while a 4GB variant was added a year later. 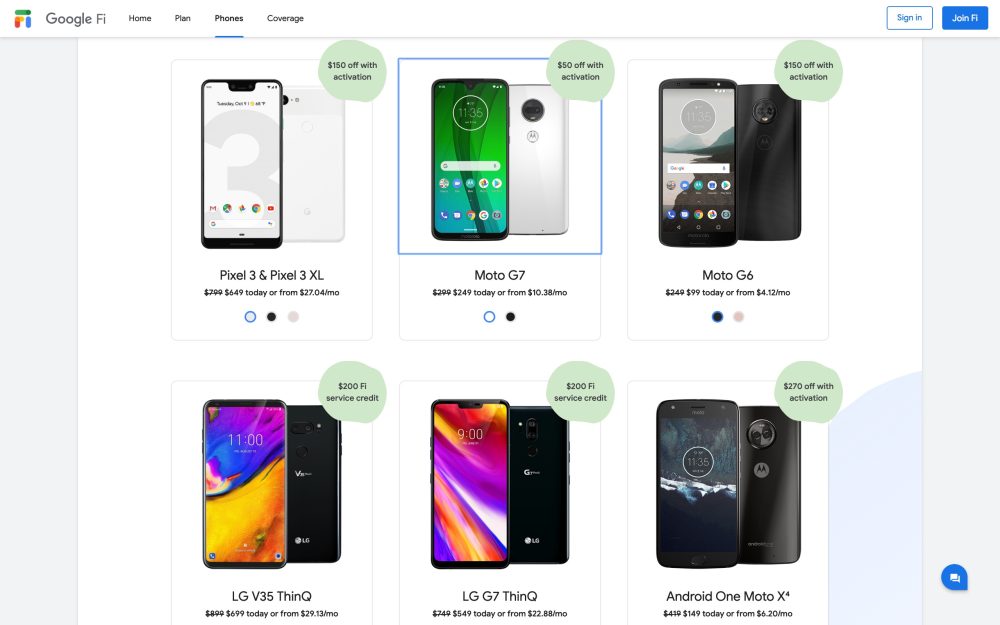