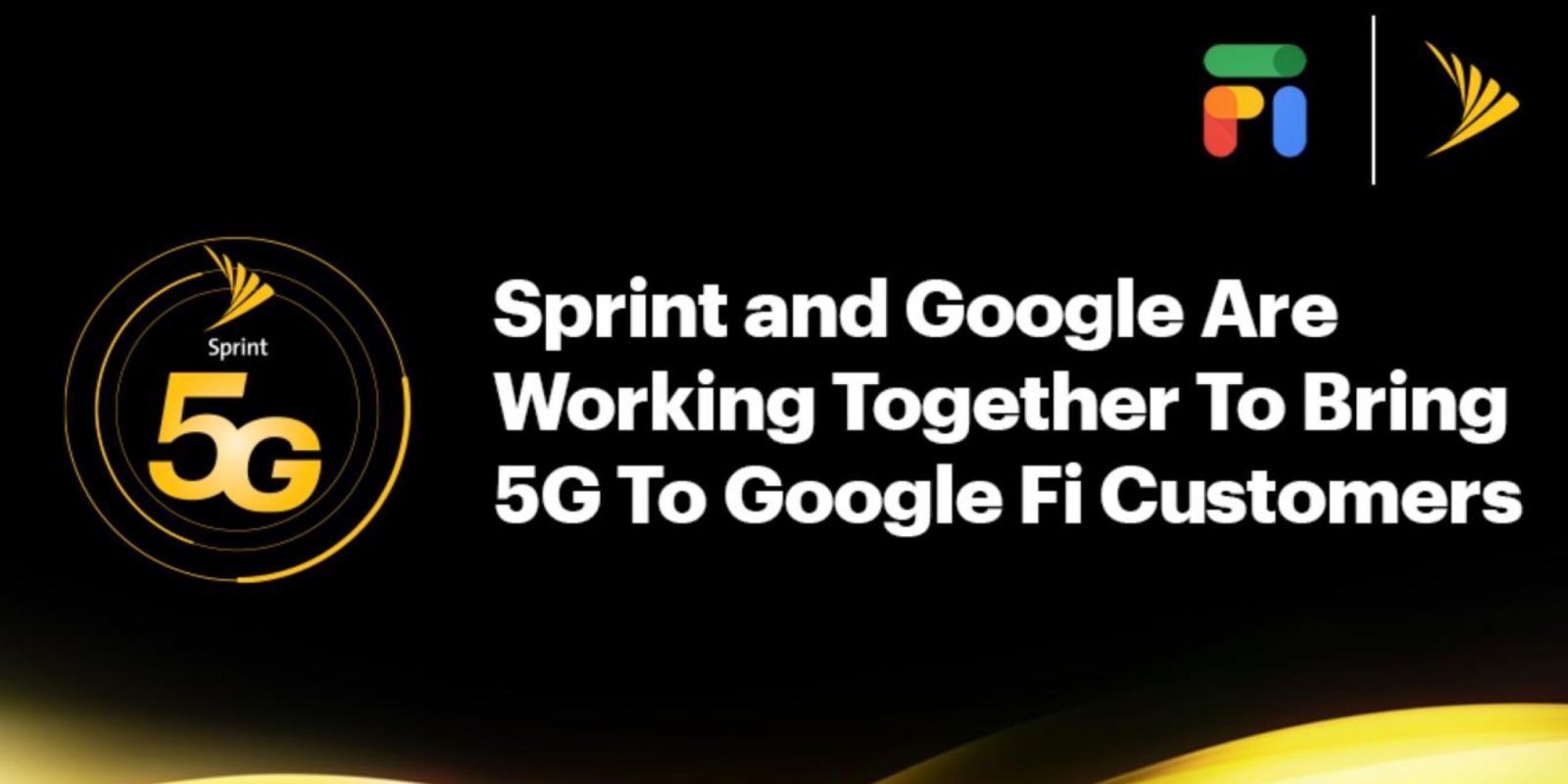 As an MVNO, improvements to Google Fi’s network are primarily dependent on partners upgrading their networks. In the case of 5G, Sprint detailed today how it will be making that faster service available through the Google cellular offering.

The two companies today announced (via Android Police) their expanded partnership, with Sprint being one of Fi’s original carriers in the United States. T-Mobile was the other network, with US Cellular added in 2016.

According to Sprint, subscribers should expect a faster connection and significant improvement in latency. Service will be available to “Sprint 5G compatible” phones that are “Designed for Fi.”

That latter designation is given to Android phones that take advantage of Fi’s cellular switching technology to find users the best signal based on where they are. This is different from phones that are compatible with Fi as part of last November’s expanded availability to most Android devices and iOS. Those phones only use T-Mobile’s network.

Today’s devices from Google, LG, and Motorola are not 5G compatible, but the just-announced LG V50 ThinqQ is. In the past, LG has released Designed for Fi variants of its flagship devices.

End users will automatically connect to 5G when in a coverage area with a seamless hand-off. Sprint plans to launch 5G based on 2.5 GHz spectrum and Massive MIMO technology in the first half of 2019. The list of nine cities include Atlanta, Chicago, Dallas, Houston, Kansas City, Los Angeles, New York City, Phoenix, and Washington, D.C.

“Connecting our customers to great high speed coverage is a vital part of the Google Fi service, made possible by our carrier partners,” said Matt Klainer, Vice President of Consumer Communications Products at Google. “We’re thrilled to have Sprint working towards an upgrade for the Fi network to include 5G.”