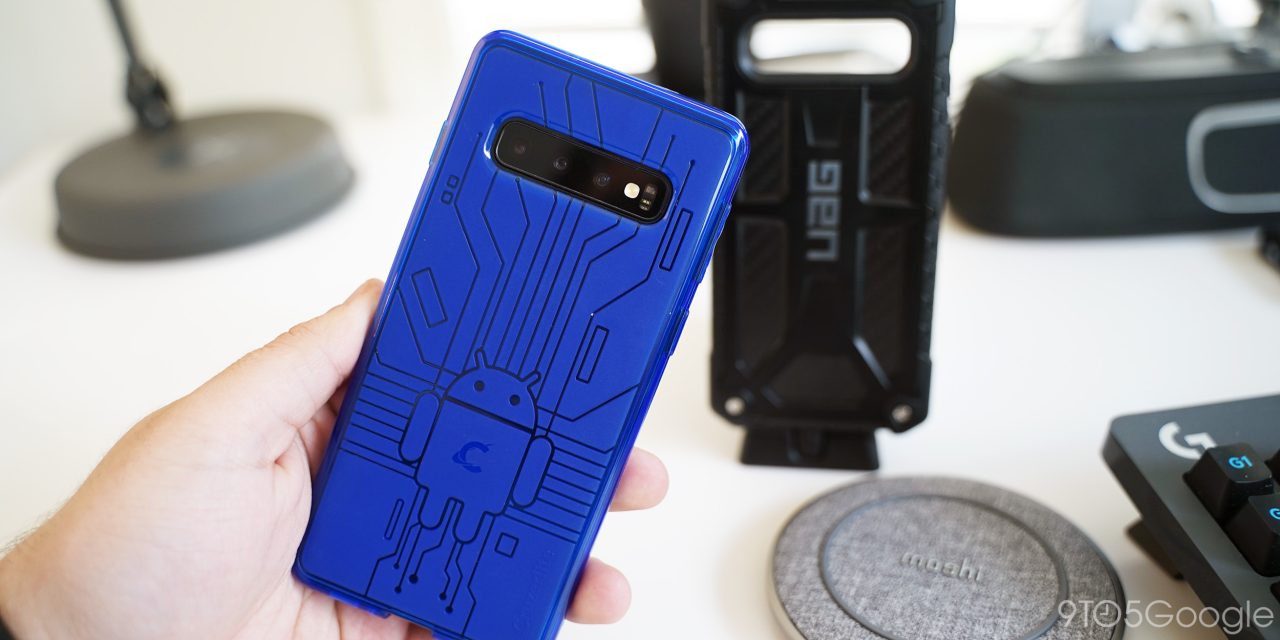 To date, the Galaxy S10 and Galaxy S10+ are the most expensive Galaxy S devices in Samsung’s history. To that end, you’ll probably want to keep your new Galaxy S10 safe with some accessories. To get you started, here are a couple of cases, a top-notch screen protector, and a couple of chargers for your new device.

Out of the box, every single Galaxy S10 and S10+ offers up a screen protector. It’s installed perfectly and actually feels nice, but it’s also made of plastic and will get scratched up pretty quick. Unfortunately, glass protectors are pretty hit or miss because of the ultrasonic fingerprint sensor.

There’s a hefty price tag in tow, though. You’ll have to fork over $49.99 for a single protector, but there’s also a two-pack that takes the price down to about $35 a piece. 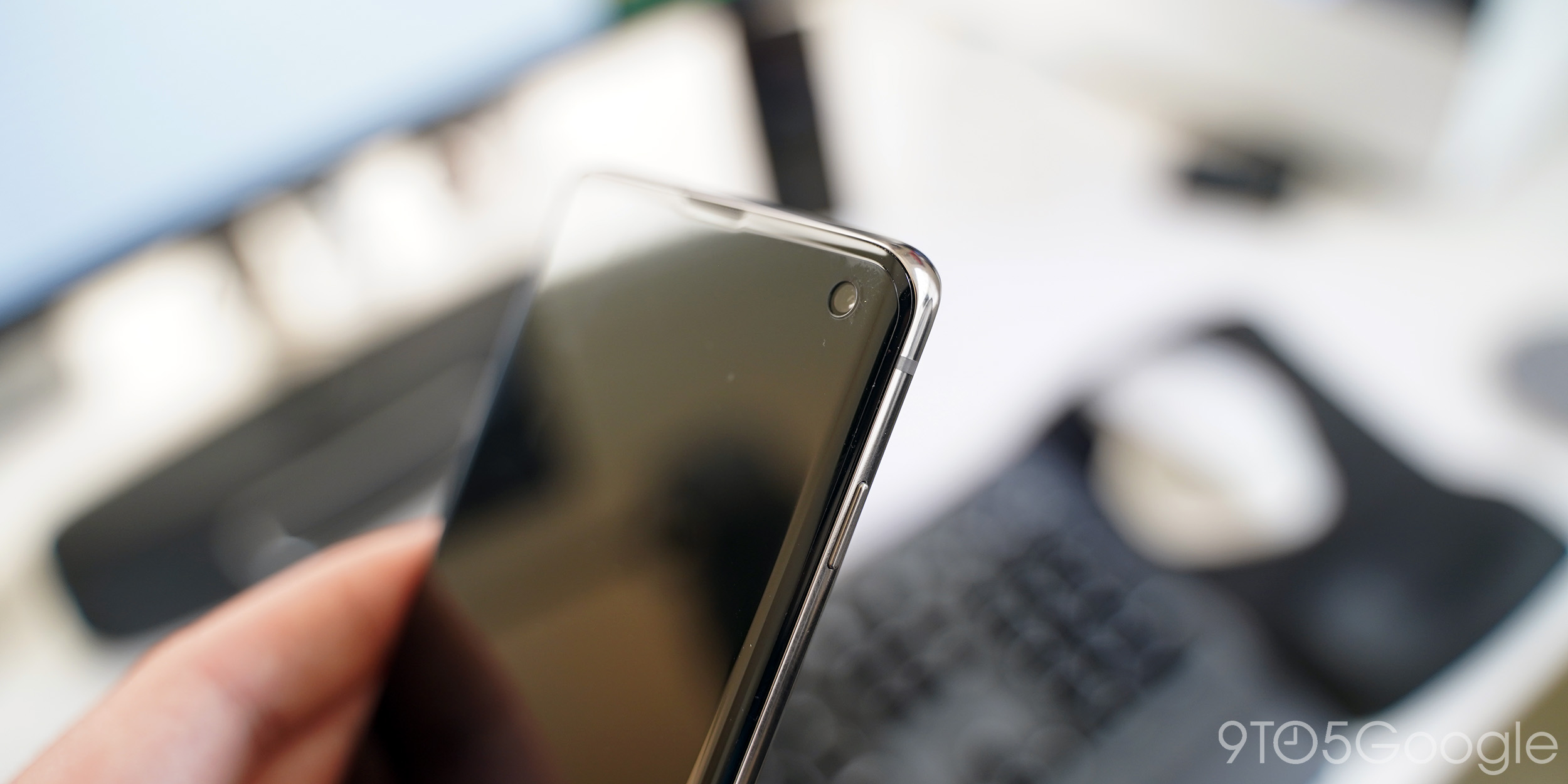 Urban Armor Gear is a pretty well-known name in the case industry, and they’ve not skipped the Galaxy S10 family. Back with its classic industrial design, UAG offers an assortment of cases for Samsung’s new flagships and I’ve been using the Monarch and Plasma cases and they’re a great fit for this device.

Without adding much bulk, UAG gives the Galaxy S10 great drop protection and plenty of extra grip too. Buttons are tactile and the lip around the display gives room for a screen protector, as well as space off the surface if you put the phone face down. 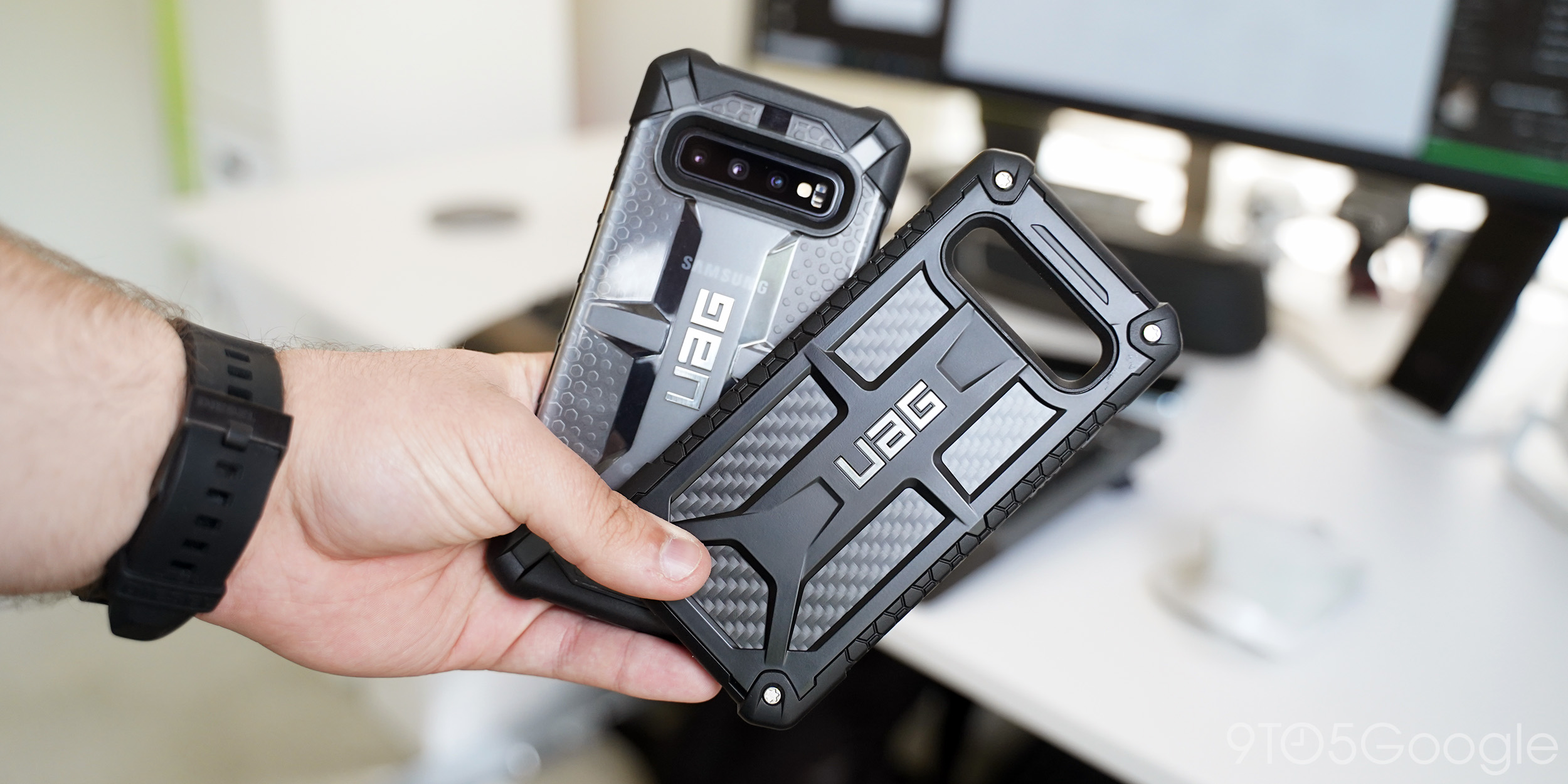 An old favorite has also returned with the Galaxy S10. If you’ve been a big Android fan for years, you might remember the Bugdroid cases from the folks at Cruzerlite. Those cases were popular back in the early days of Google’s Nexus devices especially, but a family tragedy involving a fatal car crash shut the business down for quite some time. Now, that hiatus is over and Cruzerlite is back.

As with the old favorites, you can pick up a Galaxy S10 case with the Bugdroid design to get a simple TPU case that adds grip and protection to your device. It’s not as substantial as the UAG case, but for under $10, it’s actually a really nice little case. Personally, I love the blue color variant but several options are available. These cases are sold exclusively on Amazon.

For wireless charging, there are literally hundreds of options out there that get the job done. Under the hood, most are essentially the same thing, but sometimes it’s nice to have one with a good design. Lately, I’ve been using the Otto Q from Moshi. This fast wireless charger offers USB-C input, speeds up to 10W, and compatibility with any Qi device. It works great with the Galaxy S10 too.

Best of all, Otto Q offers a unique and attractive design. There’s a gray fabric over the top with rubber rings raising up to keep your phone in place. It’s a great little charger that also has an affordable price at $39.99. Cheaper options are out there, but I don’t think they look quite as nice. 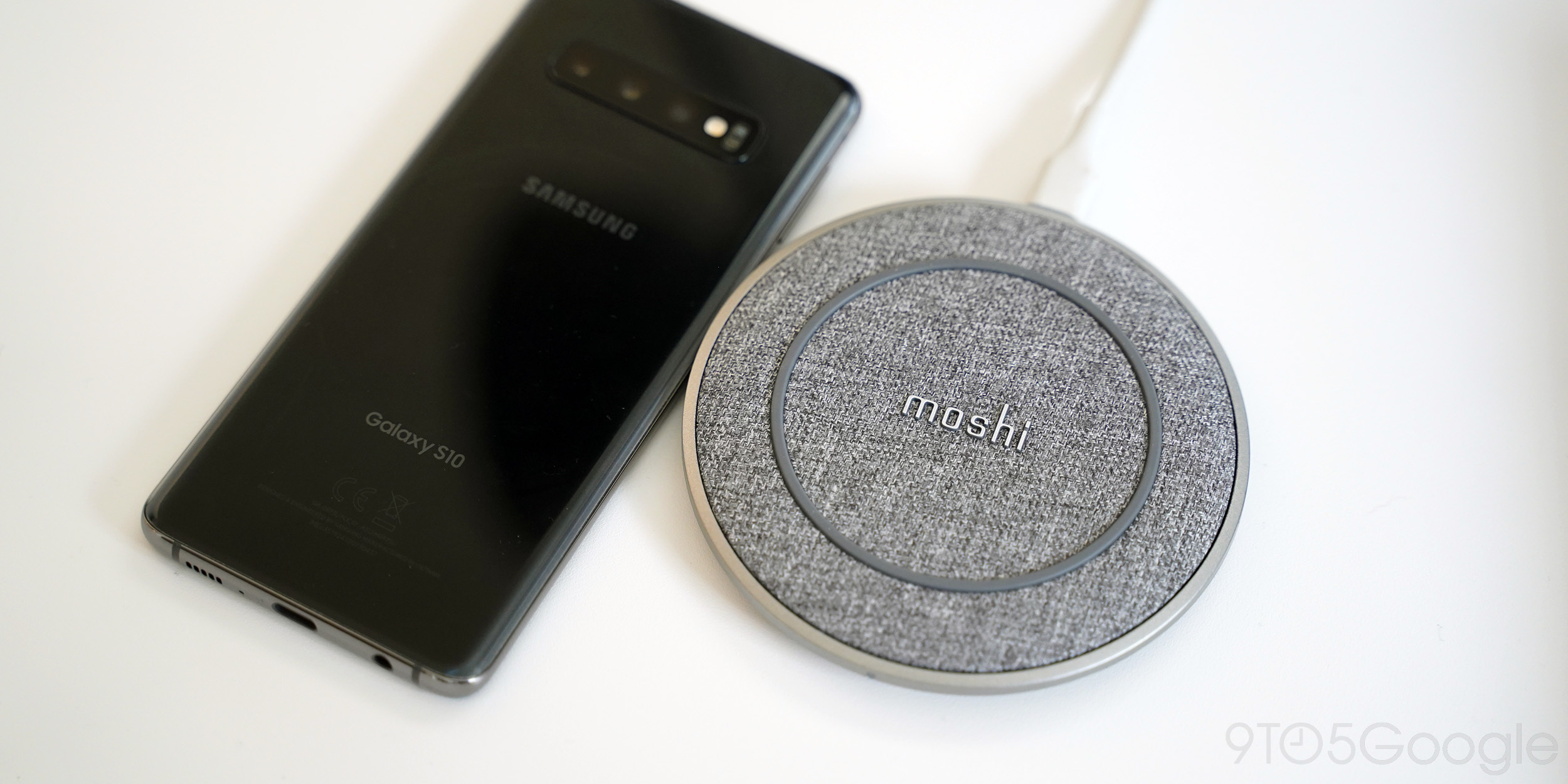 The biggest pro of wireless charging is the convenience, and that’s most useful in the car. Wireless chargers in the car aren’t used very often, but they’re becoming increasingly popular. I picked up the VANMASS Fast Wireless Car charger over on Amazon for around $30 and it’s impressed me for the price. It fast charges the phone so long as you’ve got an appropriate power source and is very convenient, especially because slipping the phone into the dock locks it in place. 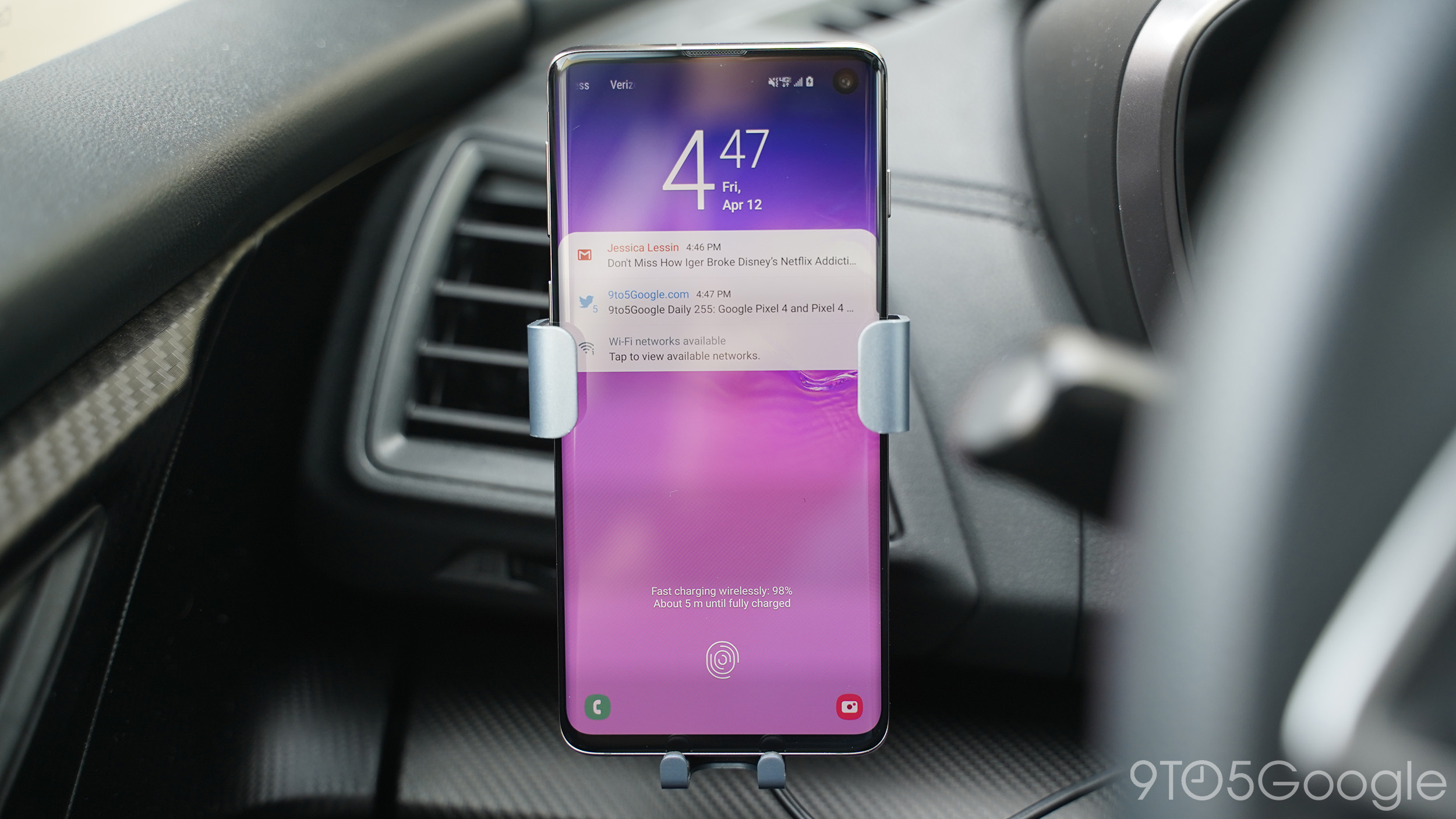