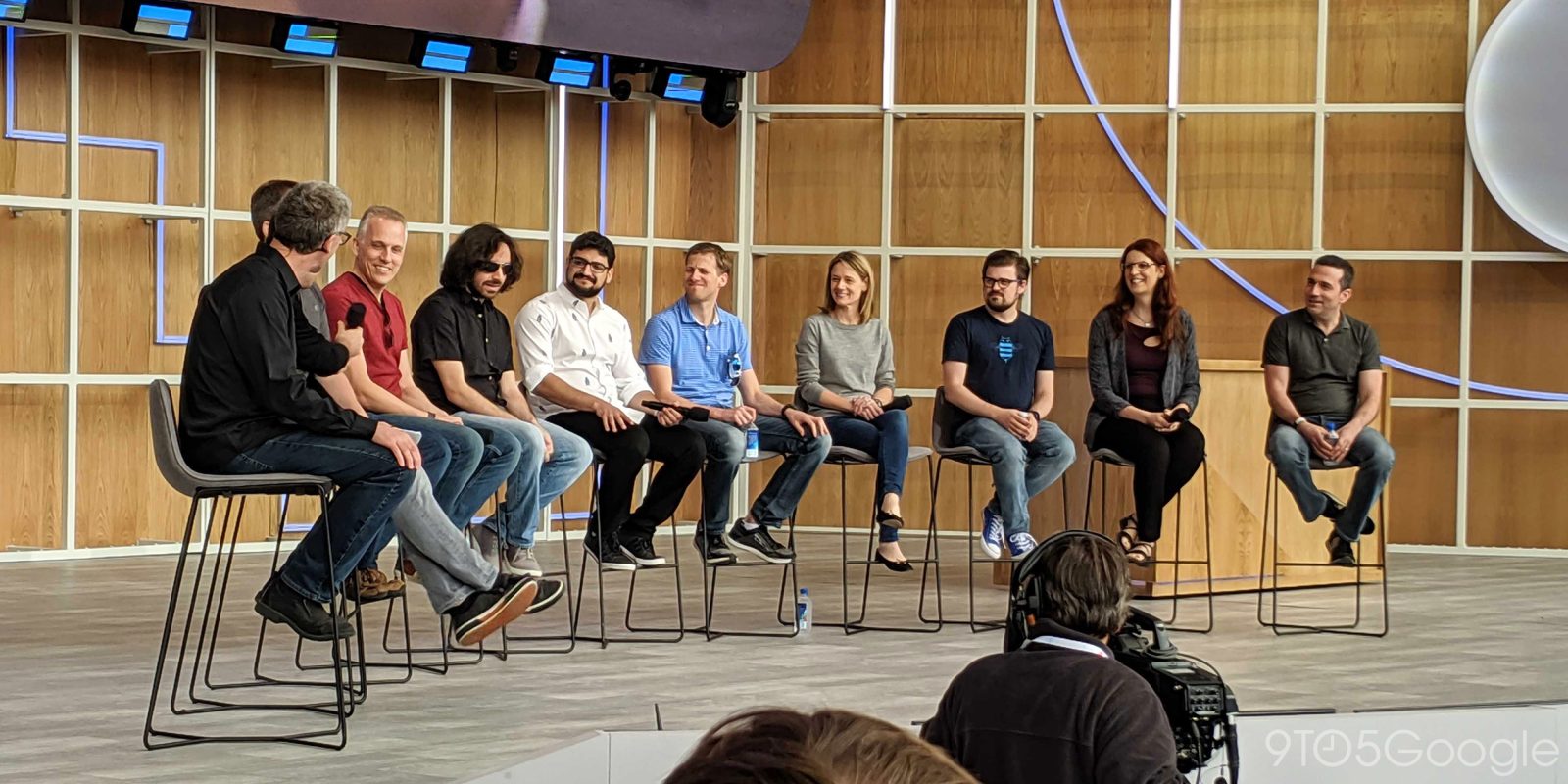 Every year at Google I/O, the community is treated to a “Fireside Chat” where developers can directly ask questions to the Android team and have them answered clearly and honestly. This year, the Android Fireside Chat closed out I/O 2019 and offered candid insight on the future of Wear OS, Fuchsia, and foldable devices.

Many of the questions asked at the Fireside Chat were able to be answered by the team of Googlers, including Romain Guy, Dianne Hackborn, and Tor Norbye. The tougher questions were directed to Dave Burke, Vice President of Engineering for Android.

One developer asked very simply if there was anything they could share about Fuchsia. For this, Burke explained the relationship between the Android and Fuchsia teams, and that even he doesn’t know that much about Fuchsia, except where it directly relates to Android.

There’s some good collaboration happening between the teams. To give you two examples is one is we have this ANGLE driver on Q and the idea is that we have a module—it’s a mainline module—and it implements OpenGL ES 2.0, just finishing that off, and soon 3.0 and it runs on top of Vulkan, and we actually developed that with Fuchsia because Fuchsia uses Vulkan at the base level for graphics, like Android is migrating to. So we worked closely there.

Also on Jetpack Compose, which is our new UI toolkit, we worked very closely with the Flutter team. One of the things that we care about is having–I care about, in particular, is having transferable skills. So if you know Flutter the toolkit on Android should look familiar too so you can move between them, and that’s something we’ve done a collaboration on.

Our viewpoint with Fuchsia is more about the things we’re doing with them, but I cannot really speak to exactly their projects as I’ll get them all wrong.

One question from Twitter asked who starts the conversation between Android and OEMs about supporting new hardware features such as foldable displays. In short, the answer is that the discussion new hardware features is initiated by the supply chain. In the example of foldables, display manufacturers created the tech, and when OEMs began to play with it, Google began to look at how to support it in software.

Burke also shared his enthusiasm for the future of foldables and mentioned that there’s some exciting new things on the way for foldable displays.

You know, I’m actually excited about the foldables. We’ve been talking a lot about phones folding into tablets and I think that’s pretty — roughly — the form factors. But I actually there’s a lot more ideas still to come that will be quite surprising, that I’m pretty excited about. I was thinking this time next year there will actually be quite a few cool things to talk about in that space.

Finally, a developer directly called out the fact that Wear OS was not featured during the keynote or any sessions during Google I/O 2019, asking “is this a dead platform? Should we be worried?” This bold question was met with significant applause from the audience, followed by a short response from Burke.

Burke: No, but where’s the Wear team? Do we have anyone here? Did I just make your point?

Another person: They’re in the sandbox.

Burke: Oh in the Sandbox! Yes so, no, they’re alive. Alive and kicking in a sandbox at I/O.

Burke: No, it’s something we’re continuing to invest in. We’re really excited about wearables, actually. What can I say? We’ve actually hired more people, and we’re investing.

The investments he mentions likely refers to Google’s recent acquisition of wearable tech from the Fossil Group. The thing that stands out to me the most about this answer is that Burke shared that he was excited about “wearables,” without specifying “Wear OS.” This doesn’t seem to bode well for the future of Google’s current wearables OS.

You can watch the Google I/O Android Fireside Chat in its entirety below.